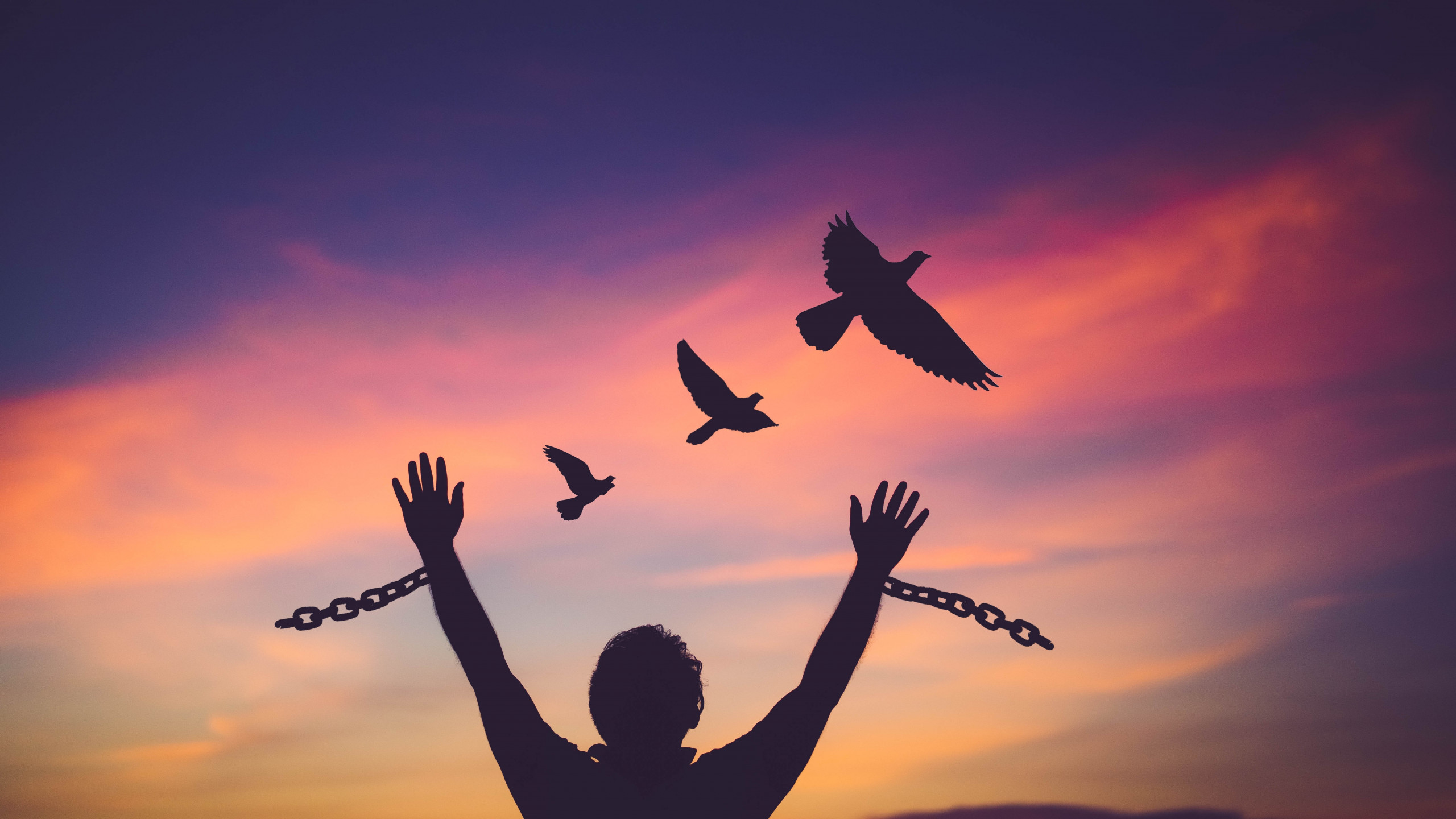 “Humbly asked him to remove our shortcomings”

Steps six and seven are known in AA as the forgotten steps. This is because they are covered in two short paragraphs in the Big Book. As an agnostic, these two steps always struck me as ridiculous. How could God help with the removal of shortcomings? Following years of relapse, I gradually changed my attitude toward the steps. Despite prejudice to religion and the God of my childhood, I had nowhere else to turn.

Thankfully, my second sponsor Jamie was very accepting of my agnosticism. He was exactly what I needed. Jamie told me to use AA itself as a higher power and kept reassuring me that step twelve promised a spiritual awakening, not necessarily a God awakening.

After completing steps four and five, Jamie gave me a very involved assignment on step six in preparation for step seven. In this written piece of work, I had to revisit step four. I was to name the defects of character that I had identified in steps four and five. Which specific defects were responsible for clinging on to resentments and rendered me incapable of letting them go? When I finished step six, I could no longer deny an important truth. Ultimately, it was the defects themselves that were the real problem and not the people that I resented.

As an adult, I was still blaming others. My dishonest and distorted perception of reality was the main activator of these defects. Jamie called this mindset ‘the victim belief system.’ It continued to make life in sobriety chaotic and unmanageable. He went on to say that a man is what he thinks. If I thought like a victim, I would attract victimizers. I learned so much from Jamie.  Addiction to alcohol was just a symptom. I drank to medicate continuous anger and the need to blame others for the fact that I ruined my life with alcohol

The ‘disease of perception’ was my main relapse trigger. In the end, it wasn’t alcohol that forced me to ask for help, it was the warped way that I saw life. Ego drove the defects of character and the defects made it impossible to “differentiate the true from the false” (Big Book The doctor’s opinion p. XXV111). Until the ego collapsed and I admitted that it was me that was the problem, I was in danger of relapsing again and again. This was the untreated alcoholism I kept hearing about at meetings.

Nothing else worked to relieve the madness in my head. It was there that the shortcomings lived and where they had complete power. I was left with no other option than to face myself honestly and take responsibility for the shortcomings mentioned in steps six and seven. When the ego collapsed, I “became as open-minded to conviction and as willing to listen as the dying can be”

The ‘God’ word in steps six and seven

Step six says that we “were entirely ready to have God remove all these defects of character.”  Step seven says “Humbly asked him to remove our shortcomings.”  How was an agnostic supposed to work steps six and seven? Jamie told me to practice the character assets that were the opposite of each defect. Sadly, I made limited progress.

Was I trying too hard? I was like a dog with a bone with my problems and utterly obsessed with how to get rid of them. With this mindset, instead of gradually letting them go, I actually made them worse.  There was little or no surrender. To a great extent, I was applying self-will to recovery. I was attempting to overcome defects using the very thing that had created them in the first place; the maladapted ego!

“Some of these (defects) refuse to be solved with all the sheer determination and courage he can muster. They simply will not budge”

Between a rock and a hard place

Very slowly, I discovered a way of working steps six and seven. One thing became strikingly clear. I had to stop fighting and accept that I was unable to remove these shortcomings by my own power. Without some kind of higher power, the removal of shortcomings seemed an impossible task. I remember feeling like a defect looking for a character!

There had to be a way forward with step seven! The alternative was to drink again or resign my life to the lonely and miserable existence of a dry drunk.

The challenge of step seven for an agnostic

Step seven tells us that to achieve freedom, we would need to “Humbly ask him to remove our shortcomings.”  The “him” in step seven is obviously referring to the God mentioned in step six. Everyone in the fellowship is free to interpret step seven in a way that works for them. I came to realize that if I was to make any progress, I would need the help of some power greater than me.

Unable to find a working solution to step seven, I remained “restless, irritable and discontent.” (Big Book –The doctor’s opinion P. XXV111) If not God, then what power could I find to help in the removal of shortcomings?

Then I got lucky. My sponsor introduced me to the importance of a sentence from the Big Book. It demystified the whole idea of a higher power. My struggle with any notion of a higher power was prejudiced by negative childhood memories of religion. Moreover, as a newcomer, I saw God and a higher power as the same thing. I was unable to use either of these two ideas to aid my recovery.

With the help of my sponsor, the following sentence from the Big Book, helped me to discover a practical definition of a higher power. It was a game-changer in my recovery and certainly an interpretation that I could use in recovery on a day-to-day basis.

The relevant quote appears on the first page of chapter five “How it works.”

“Some of us have tried to hold onto our ‘old ideas’ and the result was nil until we let go absolutely.”

Being a dry drunk was worse than the madness of active alcoholism. I always believed in the power of my own intelligence. With regard to recovery, the truth turned out to be quite shocking. My mind was so impaired by years of drinking; that my very best thinking had become a liability. I had no clue how to start enjoying sobriety. Bill was 100% correct. Based on my “old ideas,” the result continued to be ‘nil’ regarding any sober and happy life that I was trying to create.

After many years of self-sponsorship, when the ego finally collapsed, my life was saved. I suddenly had a ‘new’ idea! Perhaps I could ask for help? Just maybe, the suggestions of an AA sponsor could do for me what I could not do for myself. It worked! Once I became teachable, I began to get well. The new ideas I surrendered to proved highly effective. It occurred to me one day that the new ideas themselves could be described as powers greater than me.

An agnostic interpretation of a higher power

For someone that doesn’t believe in God, the following definition of a higher power may be helpful.

“A higher power is any source of ‘new ideas’ that would show me how to live in the solution. The very best of my “old ideas” condemned me to keep living in the problem. This prevented me from staying sober and recreating my life”

In order to begin making progress with step seven, it was necessary to internalize a few of AA’s ‘new ideas’

Finally, in the absence of a belief in God, I had to find a greater power that I could use in the removal of shortcomings.

The keyword of step seven is humility. Let’s face it, as a drunk; the idea of humility was not something that could be found in the database of my “old ideas.”  The amazing truth was that a daily surrender of self-will gradually taught me something about humility. Surrender and humility turned out to be the higher powers that began to help with step seven.

Every morning, I read pages 87/88 in chapter six of the Big Book. The reading starts with “On awakening…….” It continues to the end of the chapter. The sentence that helps me the most is:

“We constantly remind ourselves we are no longer running the show”

If as an agnostic, I make a daily decision (step three) to stop “running the show,” if not God, then what specific higher power could bring about this much-desired change? Through a daily surrender to the ideas learned in AA, I began to discover the healing power of humility. In the end, it was humility itself that became this greater power. It began to do for me what I could not do for myself. It helped tremendously in the gradual removal of the shortcomings mentioned in the seventh step.

All I had to do was make a decision (step three) to begin the journey of internalizing the three principles of AA; “willingness, honesty, and open-mindedness.” (Big Book – Appendix 2 p. 568) Learning how to internalize the principles has also produced a gradual yet tangible path to humility. Where everything else failed, the new ideas learned in AA, are doing for me, what I could never do for myself.

Without a doubt, striving for humility in sobriety is the active power that makes step seven possible.

A word about terminology

According to GSO’s archives, Bill commented on this in a personal letter dated March 7th, 1963:

“Thanks for your inquiry requesting to know the difference between ‘defects of character’ and ‘shortcomings’ – as those words appear in the steps. Actually, I don’t remember any particular significance in these phrases. In my mind, the meaning is identical; I guess I just used two ways of expression, rather than repeating myself. It’s just as simple as that.”