AA Meetings Versus The Twelve Steps 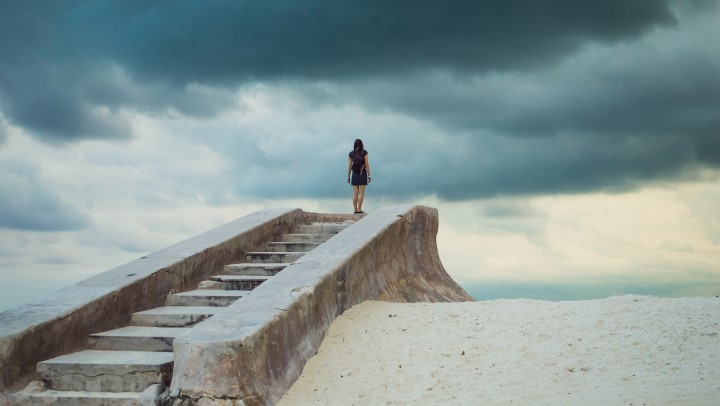 AA Suggestions to a newcomer

AA has many years of experience treating the disease of alcoholism. Suggestions offered to newcomers are practical and effective. The best possible suggestion to break the addictive cycle of drinking is to try to attend 90 meetings in 90 days. A psychological study has shown that it takes about 90 days to break a bad habit. This can only be achieved by replacing the bad habit with a good one. Initially, a meeting a day is an excellent habit to develop

In early recovery, I was frequently told:

“Don’t worry about the twelve steps, for now, just get into the middle of the AA bed’ and make the meetings your higher power! You are working the first three steps just by showing up.”

I took that to mean that I was working the steps just by going to meetings.

A slogan I also heard in AA was: ‘Meeting Makers, Make It.’ I took this far too literally. I convinced myself that I could get well if I just went to enough meetings. My thinking was very irrational at the time. I managed to convince myself that if I went to two meetings a day, I would recover twice as fast. I was determined to get well as soon as possible. Therefore, I would often go to three meetings a day. I genuinely believed that this would help me to recover three times more quickly!

My primary addictions were to alcohol and drugs. However, I have such an addictive personality, that it seems I can become addicted to practically anything. AA meetings were certainly no exception! They became a way of feeling whole, connected and accepted.

Between relapses, I managed to stay clean and sober through reliance on the fellowship alone. In early recovery, that was undoubtedly a good thing. I needed the fellowship and support of other alcoholics. As an agnostic, GOD became a Group Of Drunks.

My mental and emotional life was completely chaotic and unmanageable. I frequently experienced dramatic mood swings, which completely overwhelmed me. It was a painful roller-coaster ride. For a long time in recovery, my daily companions were feelings of hopelessness, fear, resentment and self-pity.

There was a hole inside me that nothing would fix. I found though, that as soon as I arrived at a meeting, these feelings would rapidly vanish. There is no question that initially, going to plenty of meetings was a wise idea. For most newcomers, they are the recovery tool that keeps them sober.

Daily attendance at meetings, certainly helped to alleviate my inner emptiness and loneliness. Being an alcoholic and an addict, I would always go for the instant fix. I avoided solutions that required any effort to change. Over the next 25 years, I went to meetings regularly.

Whenever I faced a crisis, I would increase my attendance. This was usually because of a relationship breakup or some other big disappointment. As bizarre and excessive as this may sound, I have sometimes been through periods of attending five meetings on a Saturday and six on a Sunday. This would help me get over failed relationships. I was obviously very unstable and insecure.

Meetings; a temporary solution to a long term problem

Although I became completely addicted to meetings, I kept relapsing with drugs and alcohol. This went on for my first 13 years in AA. My chosen path in recovery was therapy rather than the twelve steps. After years of going to meetings, it became clear, that mentally and emotionally, I was getting worse, not better.

By this point, I was aware that I was headed towards my own self-destruction. Rather than staying in negativity and darkness, I gradually changed my attitude to the spiritual solution. I was frequently reassured by members who were following suggestions from their sponsors: – “Your recovery will take off if you ask someone to take you through the program.”

If I wanted to survive, I had no choice but to work towards a spiritual experience. People in AA were insistent that it was the only way to find happiness and serenity. As I didn’t believe in God, I was naturally cynical about the spiritual solution. My mistake at the time was to believe that it was necessary to believe in God to pursue a spiritual path. The selfish pursuit of sex, power and money, which had always been my higher powers, brought me to my knees stone-cold sober!

I met my current sponsor 12 years ago. He is from Poland. His name is Witek (pronounced Vitek). He is the wisest and most experienced sponsor I have ever had. Witek convinced me that if I wanted to get well, I had to get used to the idea that as an alcoholic, I was “condemned” to seek spiritual solutions to my problems.

He reassured me that in my case, it could be a non-God centred spiritual awakening. It sounded like an extreme prescription, but nothing else had worked! Witek completely understands the nature of the “spiritual malady.”*

He knows precisely which actions are necessary in order to recover. Amazingly, excessive dependence on AA meetings is not one of them! The first thing my sponsor said to me was: “Andy, you are going to far too many meetings” He reminded me how long I had been in the program. Simply attending meetings and not working the program, would never treat the three-fold nature of the illness.

I might achieve physical abstinence from alcohol, but the mental and spiritual symptoms of the illness would remain untreated. Only a committed effort to working the steps with a sponsor could do that. I trusted his opinion and applied myself to the steps. He suggested that I go to one meeting a week, two at most!

A bridge to normal living

In essence, my sponsor taught me that AA is not a social club. I had to be careful about relying too much on meetings for fellowship and friendship. Going to daily meetings was certainly helpful in early recovery. However, after so many years, going too often was actually holding me back. He was absolutely right!

Recovery began when I surrendered to the first and second parts of Step one. “We admitted we were powerless over alcohol”* (and all my other addictions) and “that our lives had become unmanageable” * (Drunk or sober). I finally became teachable and willing to do whatever it took to get well.

GOD can also serve as an acronym for the Gift Of Desperation. This gift gave me the willingness to follow direction. Witek’s humility made him worthy of my trust. With his help, I started to get well.

My sponsors view on the nature of AA meetings

AA meetings are neither normal nor a necessarily healthy environment. He compared meetings to a psychiatric hospital. You don’t get well by spending too much time on the ward. You get well by taking the medicine (The Twelve Steps), He suggested that I only come to the AA hospital for limited aftercare and to help others.

A key suggestion was for me to make a real effort to reintegrate into normal society. With my sponsors’ help, I suddenly found myself halfway through step nine. I discovered contentment and serenity that I had never known. The following statement in Chapter Six of the Big Book, after Bills explanation of the Ninth Step, clearly states:

“For by this time sanity will have returned”*

This was my experience. After the first nine steps, my emotional and psychological health began to be restored. I have spent half a lifetime in AA with untreated alcoholism. Just going to meetings was like waiting in a medical emergency room and not going in to see the doctor. In fact, with regard to my mental and emotional healing, the result of just going to meetings was nil.

Witek showed me the huge difference between simply attending meetings and working the steps with a sponsor. After my work with him, I am finally experiencing serenity and joy as I cross that elusive ‘bridge to normal living.’

What are your thoughts about treating alcoholism by only attending meetings and not working the steps?