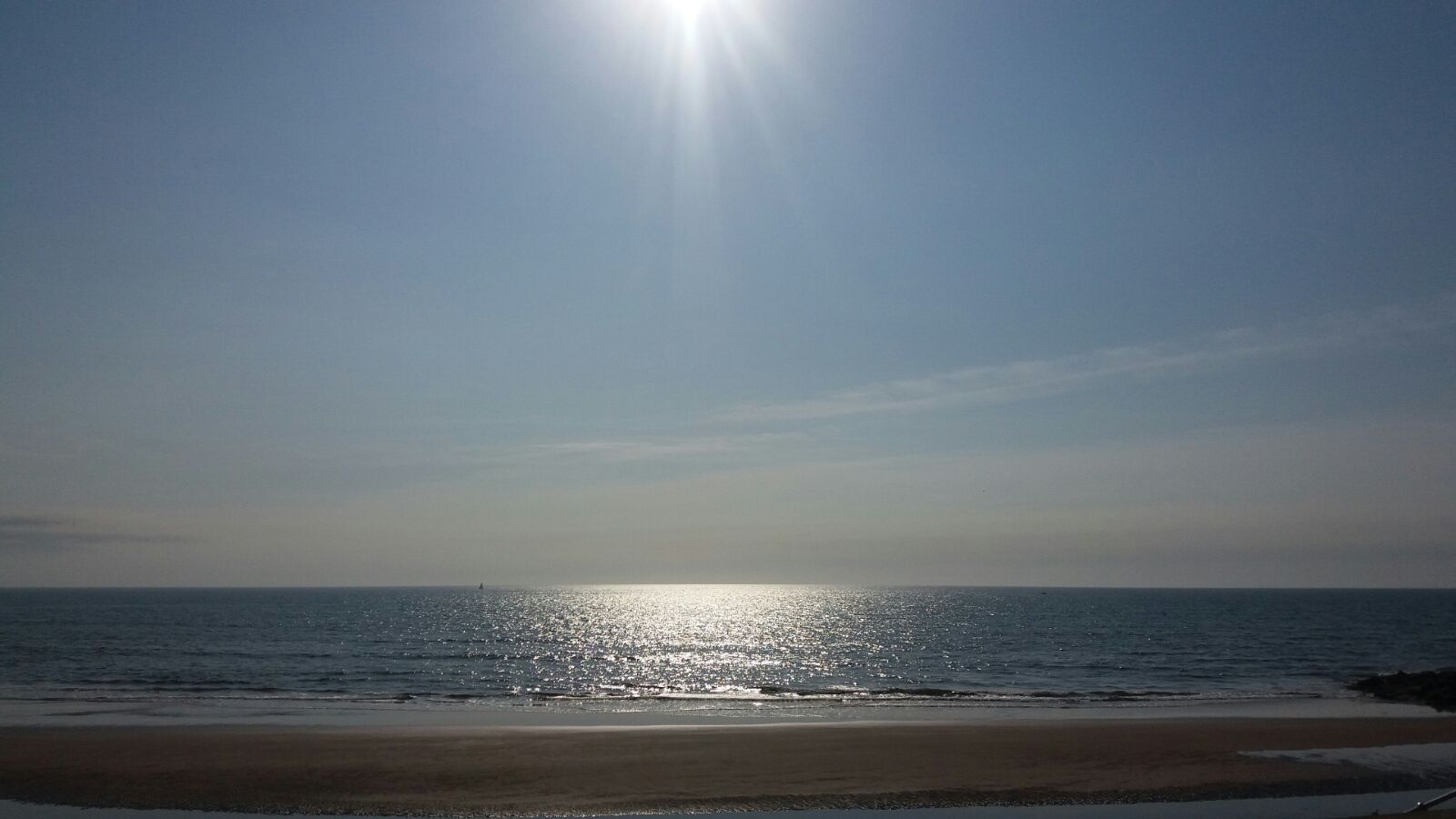 The gift of desperation

There is nothing more painful and uncomfortable then walking around with untreated alcoholism after we stop drinking. Some of us are lucky enough to get “The gift of desperation” straight away and others are not so fortunate.  Eventually, all alcoholics that get sober in AA realize that they need to change if they want to stay sober and live happily.

Having the gift of desperation is a hell of a place, literally; but it is a gift. When we receive this gift, we ask for sponsorship and begin taking suggestions. Surrendering to the fact that we don’t have all the answers and need guidance is step one. It is the first and most important step on our new path to freedom.

Avoid being reckless when asking for sponsorship

When I got initially got sober, I found myself in a pretty dark place. My life felt chaotic and unmanageable without the illusion of alcohol. It would tell me that everything was fine, once that first drink went down my throat. In recovery, I wanted relief as quickly as possible.

Being desperate, I was also irrational, reckless and impatient. I would ask the first available person for sponsorship. If they were confident shares and sounded good in meetings – that was good enough for me. This has sometimes proved to be a big mistake.

Importance of patience and prudence

The pain and confusion of early sobriety impaired my ability to make a wise choice. Over the years, I have learned to avoid making decisions that were reckless, impulsive and impatient when asking for sponsorship. It became very important to wait and get to know a “prospective” sponsor better. In some ways, the process of getting to know someone was not unlike an interview.

I took me a long time to realize that getting a good sponsor to help me recover from alcoholism was one of the most important decisions I was ever likely to make. It became very important to make a prudent choice. I couldn’t stay sober without one, so I had to try and get it right.

They needed to be experienced and had been through the steps with their sponsor. Irrespective of how long sober they were, it was important for me to know that they still had a sponsor. They also needed to know the literature and the steps very well.

The most important qualities I would be looking for in a sponsor are love, tolerance and humility. Without them, in terms of treating my spiritual illness, some sponsors have very little to offer. I needed to satisfy myself that they were committed to the love and service that make up two points of the triangle in a circle that is the AA symbol. The third point of the triangle being unity.

A spiritualized approach to sponsorship

If I sensed that they were on a tangible path of spiritual awakening, I would seriously consider them for sponsorship. It wasn’t important to me if they believed in God or not. What was important was their desire to genuinely want to be of service. If on the other hand, I sensed that a sponsors was motivated by tendency towards self-aggrandizement, I would avoid having any further contact with them.

Allow me to say a few words about the meaning of self-aggrandizement. It’s not an expression that is used often. I only learned its meaning recently. It offers the perfect definition of the type of personality trait that I would advise a newcomer to AA to be aware of and avoid. Self- aggrandizement is an expression used to describe someone with narcissistic tendencies. (Please see DSM 5 and the diagnostic criteria for someone with narcissistic tendencies) It describes the exact opposite of the spiritual mandate which is necessary for a successful outcome in the sponsor/ sponsee alliance. For this reason, I have learned to steer well clear of such people in the fellowship.

The dictionary definition also encapsulates its meaning and relevance brilliantly:

Self-aggrandizement: – Behaviour which increases one’s own wealth or power, or which is intended to create an appearance of importance – Wiktionary

It can be a core symptom of untreated alcoholism. Vulnerable newcomers need to be aware that it is one of the realities of being in the recovery community

Recklessness when wanting to sack your sponsor

As important as it is to be patient and discerning when seeking sponsorship, it is equally important not to be reckless when thinking of letting go of a sponsor. This may sound like a contradiction but in fact, it isn’t. When considering walking away from a sponsor, self-honesty is of paramount importance. It is of course entirely acceptable and advisable to walk away from a sponsor who is being abusive, manipulative and bullying.

The phenomenon of Balking

Sometimes, there are other reasons that we want to walk away from our sponsors that we may not be immediately aware of. Please ponder the following statement from chapter five in the Big Book:

“At some of these we balked, we thought we could find an easier softer way” *

It is a normal and predictable part of the recovery journey for an alcoholic to sometimes balk when going through the steps. I discuss the whole issue of ‘balking’ in my book, “The 12 steps for agnostics” Balking can sometimes be a part of the recovery journey. It is often a normal and understandable reaction to change. It’s a good sign. It means that the program is working and change is occurring!

I have sometimes mistakenly sacked sponsors whilst I was going through the steps. At times, I would get too close to issues that I was too frightened to address. Over the years, I have learned that staying with a sponsor, when every part of my wants to run, has taken me to a new level of healing.

What is really ironic; that huge growth and progress usually follow a period of baulking. The impulse to baulk may be an indication that you are about to make a big leap forward to a new level of recovery.

Balking: A sudden and obstinate stop; a failure – Wiktionary

Not cured of alcoholism

It is absolutely essential for an alcoholic like me to have a sponsor, irrespective of how long I’ve been sober. The mental and emotional aspect of the alcoholic illness improves hugely with the steps, but never goes away. We have to always remain vigilant and treat the illness accordingly. This is made possible with steps ten, eleven and twelve. They are known as the maintenance steps. They keep us stable and happy.

It’s very difficult to maintain our recovery without a sponsor. It it’s true that our alcoholism is all about our distorted perceptions, then a good sponsor, can become our eyes, ears and sometimes the voice of our conscience. They are excellent to keep us on the straight path that leads to serenity.  Personally, I hope that I still have a sponsor when I am 40 years sober, if I am lucky enough to live that long.

As alcoholics we are never completely cured. Our alcoholism, or if you like our disease of perception, is always with us. We learn how to maintain and live in peace with our illness. It needs to be treated daily with all the steps. We gradually learn to put them into our lives. This is made so much easier with a sponsor.  After completing the first nine steps, Bill tells us:

“We are not cured of alcoholism. What we have is a daily reprieve contingent on the maintenance of our spiritual condition” *

I have learned to think very carefully, before deciding to let go of a sponsor.

Getting feedback from other members

It’s important for newcomers to be aware that a sponsor is not a friend; at least not in the early days of your relationship. The purpose of a sponsor is to take you though the first nine steps of the program and tell you the truth as they see it; provided that the feedback is offered respectfully.

I didn’t always like the feedback that I was getting so it became more important to trust and respect my sponsor, then to see him as a buddy. A sponsor’s role is most effective if they are seen as a step guide rather than a friend. Nine times out of ten, it turns into a friendship over time. For many of us, our sponsors become lifelong friends.

The guideline regarding offering gratuities to a sponsor

The spiritual nature of the sponsor/sponsee relationship is that the steps are feely given and freely received. I was taught that money ought never to change hands. Lending, borrowing or getting into any business transaction harms the integrity of this very special and unique relationship.

If you agree with the literature and have come to believe that alcoholism is a spiritual illness, then as the carrier of the spiritual message of recovery, it is an accepted policy in the fellowship, that strong boundaries are maintained regarding the exchange of money in the sponsor/sponsee relationship.

“Love and tolerance of others is our code” *

These are the qualities that need to be present between the sponsor and sponsee if the relationship is to work. Compliance out of fear rarely leads to long term recovery unless you make an informed choice that tough sponsorship suits your personality type.

AA is a democracy and it’s always important to remember that we do have a choice about what kind of sponsorship will work best for us! If you have had sponsors in the past and can think of any other tips for sponsorship that I haven’t mentioned, please send me a message and I will add your ideas to this blog?