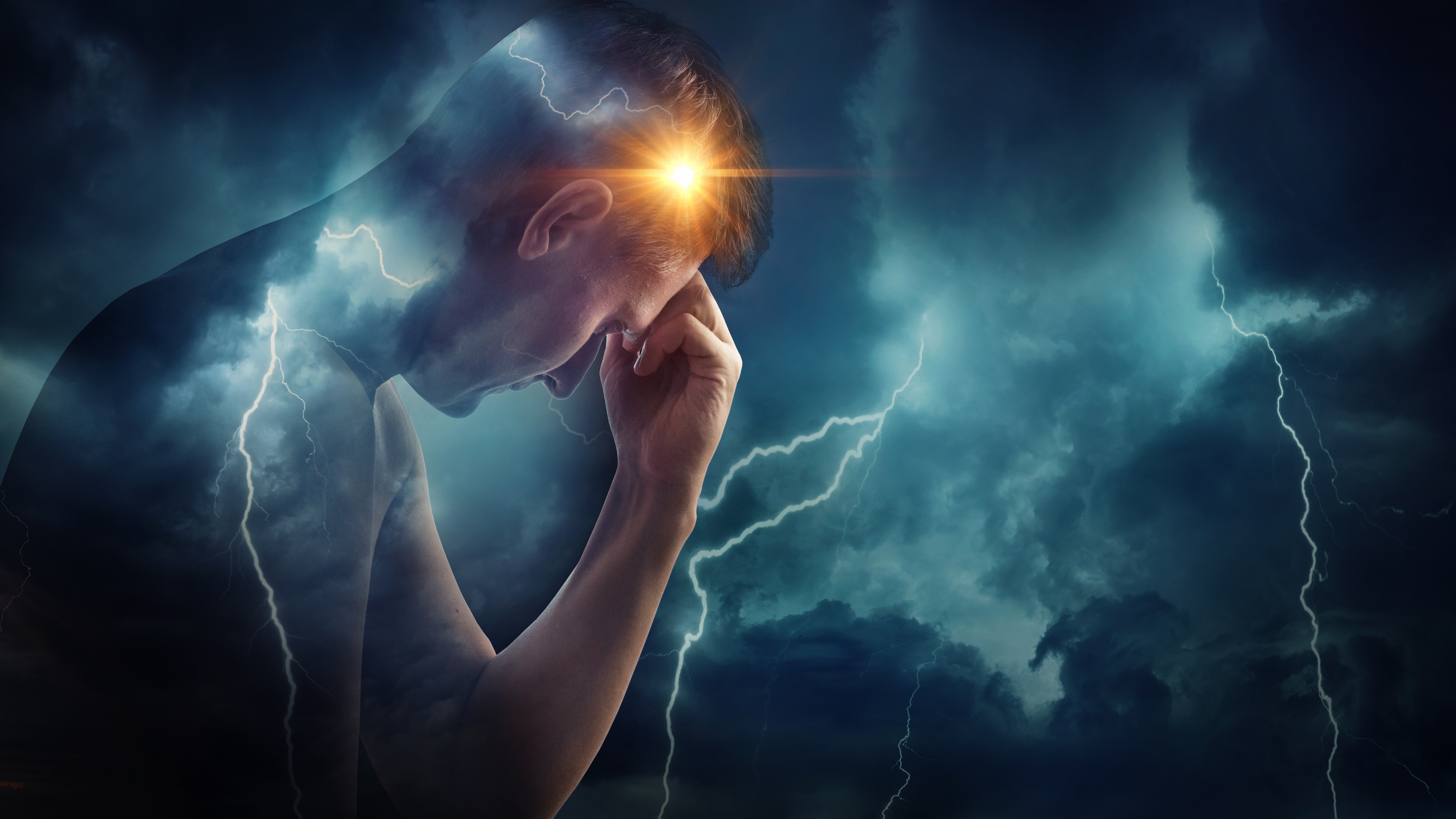 In meetings across the world, the AA preamble is read as a formal introduction to every meeting.

……”Alcoholics  Anonymous  is  a  fellowship  of  men and women  who  share  their experience,  strength  and  hope  with  each  other  that  they  may solve  their  common  problem  and  help  others  to  recover  from alcoholism.”

Unquestionably, our ‘common’ problem is alcoholism. Newcomers are encouraged to listen for the ‘similarities and not the differences.’ This statement is made at the beginning of every AA meeting. Listening to other members share gives them the hope that ‘There is a solution.’ (This is the title of chapter two in the AA Big Book).

Sober alcoholics are invited to share their experience, strength and hope. This type of sharing creates unity and a sense of belonging. This in itself becomes a power greater than the newcomer to AA.

With regard to our alcoholism, there are striking similarities in our pathologies as alcoholics. This can lead some of the more fundamentalist members into a very mistaken idea. They believe, that because we suffer from a ‘common’ illness and share ‘similarities’ as alcoholics, that we are all the same. Yes, alcoholics do have the illness of alcoholism in common. However, each one of us comes into recovery with very different issues.

We all vary in the degree to which we are ill and our individual rate of recovery. There is one point on which we can all agree. Ultimately, our solution as alcoholics is the spiritual healing available through the twelve steps.

As an agnostic, I have learned a very important thing about sobriety. Spiritual healing is not necessarily dependent on the need to believe in God. Recovery is a journey from a conflicted inner duality to inner peace and happiness.

Bill Wilson, one of the founders of AA makes a radical statement in chapter five of the Big Book:

“When the spiritual malady is overcome, we straighten out mentally and physically.”

The suggestion here is that although alcoholics have been physically and mentally ill, the root cause of our disease is spiritual. Some of us come to AA with serious physical consequences. Others are more affected mentally. Do we also differ in the degree to which we have been spiritually sick? That’s an interesting question.

The fundamentalist view in AA

Sadly, something very disturbing is happening in AA. Some of the more fundamentalist members have misinterpreted two keywords woven into our AA language; “Common” and “similarities.”

Their belief is that whatever appears to be working for them, must also work for every alcoholic.

These members believe that our common illness as alcoholics requires a blanket approach to recovery from alcoholism.

Problems other then alcohol

Can we say that all of the issues affecting alcoholics respond to the spiritual solution? Does everyone recover mentally when “the spiritual malady is overcome”?

This question has created a heated dialogue amongst some AA members. It has often been the cause of resentment, conflict and mistrust within our ranks.

What about those alcoholics who come into recovery with coexisting mental health issues? What about those that are alcohol dependent but are also diagnosed with a personality disorder?

I was a chronic alcoholic and drug addict for twenty years before I came into AA. Early recovery from alcoholism was a deeply traumatic experience. I was very mentally impaired and could barely function without my lifelong crutch of alcohol.

It gradually became apparent that my problems were more severe than those of some of my peers in AA. I was unable to achieve long-term sobriety for many years.

I suffered from debilitating fear and frequent panic attacks. Dramatic mood swings plagued me during every waking moment. I felt powerless over my disordered thinking, depression and overwhelming emotions. These were my daily companions.

Initially, staying clean and sober was an impossible task. I had to seek outside psychiatric help. The doctor prescribed medication. This helped me to remain abstinent from alcohol and drugs. It made recovery tolerable. Later on, I received two new diagnoses on top of my chemical dependency.

The first of these was Borderline Personality Disorder. Here are the diagnostic criteria for BPD. They are taken from the DSM 5. This is the Diagnostic and Statistical Manual of Mental Disorders. It is a work that was produced by the American Psychiatric Association.

This was the challenge that I faced trying to stay clean and sober with BPD.

You can imagine how frustrating it was to be told that all I needed to do was to get a sponsor. That I should come off my medication and work the steps. This is what a small but powerful minority in AA believed was the solution for every alcoholic coming into recovery.

Thankfully, there is always a large selection of meetings to choose from. This type of fundamentalist approach to recovery can be avoided.

The second diagnosis I received sometime later was CPTSD. Complex/childhood Post Traumatic Stress Disorder. I received this diagnosis from an addictions therapist.

Although technically not accepted as a personality disorder, it is nevertheless another mental health issue that was identified on top of my alcoholism.

“The C-PTSD criteria have not yet gone through the private approval board of the American Psychiatric Association (APA). As yet, it has not been included in the Diagnostic and Statistical Manual of Mental Disorders. (DSM)” Wikipedia

These two disorders made it very difficult for me to function normally. I was unable to sustain any long-term relationships. This was especially true when I got close to someone and became emotionally involved.

Eventually, I recognized that my alcoholism really is an illness. As an agnostic, I even embraced the idea, that at its very core, it is a spiritual illness. I accepted this because some of my problems failed to respond to conventional therapies. Amazingly, AA’s spiritual solution took my recovery to a new level.

The twelve steps are offered as spiritual tools. When I was ready, they provided a powerful complementary therapy. Going through the steps with a sponsor helped me find a brand new peace and contentment.

I accepted that I had two illnesses; the disease of alcoholism as well as coexisting personality disorders. They both required entirely different approaches to treatment.

Learning how to regulate the dysregulation

Both Borderline Personality Disorder and Childhood Post Traumatic Stress Disorder responded to an in-depth education about the symptoms of these disorders. I gradually developed the skills to manage my chaotic internal world.

Dramatic mood swings, racing thoughts and overwhelming emotions are common symptoms.  Medication was a very important part of treatment. I learned to adapt and function more successfully both in and out of the fellowship.

The power of the twelve steps

In truth, I wasn’t well enough to do the steps with a sponsor for the longest time. I kept relapsing into drinking. However, it did eventually become clear that I would also have to treat my alcoholism. I knew that my life depended on it. Working through the steps became as urgent as addressing my coexisting personality disorders.

The twelve steps showed me the importance of letting go of the victim belief system. I blamed my traumatic childhood for my alcoholism and all my other problems. I was able to let go of the past and forgive my primary caregivers

Any literature about BPD and CPTSD will tell you that these disorders are the result of early childhood trauma. Although this is an undeniable fact, in order to treat my alcoholism, I had to stop blaming my childhood.

AA’s program of action is helping me to grow up and become a mature and responsible adult. Steps four and five helped me to stop seeing myself as a victim. This very negative belief created all kinds of problems in my sober life.

Going through the program with a sponsor was ideal to achieve this objective. I am learning to stop reacting to life like a wounded child. It’s not an overnight process. Recovery requires a daily change in perception. It’s not a coincidence that in AA, alcoholism is also known as ‘the disease of perception.’

The 12 steps: a complimentary therapy for some personality disorders

This is what I tell newcomers that are on medication. Many suffer from problems other than alcoholism.

“Medication helped me to get well enough to do the steps and the steps eventually enabled me to stop taking medication.”

The disease of alcoholism and personality disorders made it impossible to enter into any type of fulfilling relationship.

“The primary fact that we fail to recognize is our total inability to form a true partnership with another human being.”

Since committing to the program with a sponsor, I am gradually growing into adulthood. This has enabled me to have functional relationships. I have also acquired the gift of discernment. I have learned to set boundaries with people who are toxic to my recovery.

My partner and I have now been together for seven happy years. Although now 67, the twelve steps have taught me what is required to create true happiness in a relationship. It’s never too late to meet your soul mate!

Is alcoholism itself a personality disorder?

I once asked my old psychotherapist a question. Her name was Liz. “Is alcoholism itself a personality disorder”? I will never forget what she said. “Most addicts and alcoholics are somewhere on the spectrum of a coexisting personality disorder” The question is, to what degree? I guess I must have scored quite high on the borderline spectrum.

Then of course there are alcoholics that suffer from NPD or Narcissistic Personality Disorder. They have very different diagnostic criteria. I have been fascinated by NPD’s for many years. Why, because I have run into quite a few of them in AA! As a borderline, I used to attract predatory narcissists. They are fascinating animals! They are best approached with extreme caution! This is the subject of my next blog.