Anger and Resentment in AA. Is there a difference? 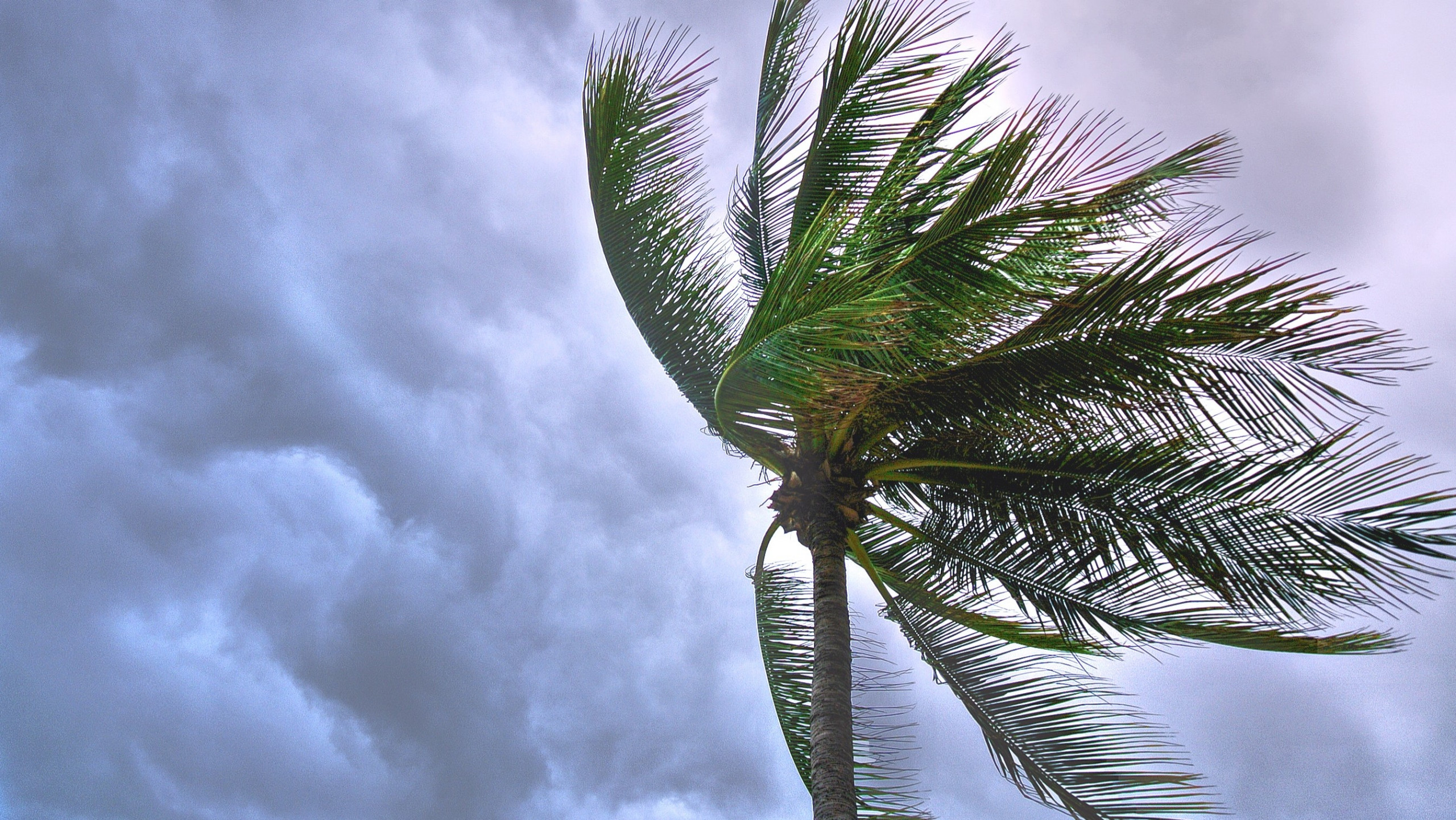 I arrived in AA on 15 May 1984. For the first time, I heard people sharing openly about feelings I had experienced throughout my life. It felt like a homecoming. I had finally found my tribe. I had grown up in foster care. Overnight, AA became the family I had never had. Meetings filled the emptiness and loneliness that I drank to escape. I was no longer an alien marooned on this hostile planet.

Everything was great until I saw the twelve steps. The first suggestion was to get a sponsor. The second was to work through the steps with that sponsor.  I didn’t react well to either of these suggestions. As a confirmed agnostic, I could not accept the word, God. I also rejected any reference to a higher power. The twelve steps lost their credibility once I realized that God and a Higher Power were involved. They are both mentioned in six of the twelve steps.

Not a sponsor but a therapist

Secondly, sponsors were just alcoholics like me. They may have been nice people but they simply weren’t qualified to help someone like me. I believed that my case was different. Neither a sponsor nor the steps were the right intervention. They may have worked for other alcoholics but not for me. As I saw it, I had suffered significant traumas in childhood. I would require professional help. In later years, I realized something undeniable. The quality of parenting I received growing up was about average when compared to my brothers and sisters in AA.

Taking my problems to a professional therapist seemed like the only logical course of action. They were trained to help people like me. I read somewhere that, for real healing to take place, I would need to rely on a psychoanalytic model that could interpret and make conscious memories and feelings repressed by my unconscious. No step sponsor in AA was qualified to do that. What on earth did God and the steps have to do with healing my complex issues? I only had confidence in psychological solutions and, accordingly, dismissed the spiritual ones offered through the 12 steps.

After I began to experience life without alcohol, it soon became clear that I had some serious problems. I was barely able to function without my crutch of alcohol and drugs. I was vulnerable and mentally unstable. It gradually dawned on me that I belonged in the group of alcoholics that Bill describes on the first page of chapter 5 of the Big Book.

“There are those too who suffer from grave emotional and mental disorders, but many of them do recover if they have the capacity to be honest”

In this statement, Bill makes it clear that some alcoholics come into recovery with grave emotional and mental disorders. He then goes on to say, that recovery is still possible for many of them. Rigorous self-honesty is the only condition.

Predictably enough, I was very angry when I first put down the alcohol. I believed that my anger was entirely justified. It “seemed” honest to direct my anger at my primary caregivers. I believed that it was their fault that I had ended up on the streets as a homeless drunk. This was my thinking at the time. It was everyone else’s fault that I ended up in AA, a broken man.

As my personal history was so difficult, I thought going the route of therapy was the best way forward. This was a decision made by a newcomer who knew nothing about alcoholism, presented as a disease.

I heard at meetings that it was a threefold illness: mental, physical, and spiritual. This struck me as ridiculous. What did spirituality have to do with my decision to stop drinking and drugging?

What did my anger have to do with AA’s idea that I was suffering from a spiritual illness? My fear, rage and pain were all the result of my childhood. In my mind, these feelings had nothing to do with the fact that I had spent half a lifetime living the selfish, self-centred life of a drunk!

Having lived on the margins of society, I had almost no living skills. At best, I had developed some very crude and primitive survival skills. I was convinced that my anger had nothing to do with the damage I had caused to myself and others as a drunk. I pointed the finger of blame at my alcoholic mother. She had after all put me into care with what I saw as a wicked foster mother.

Does therapy treat the alcoholic illness?

I found myself a therapist who enjoyed a good reputation in the twelve-step community. He was also a recovering alcoholic. John had worked in a 12-step rehab as a counsellor. He was trained in addictions counselling. All his clients looked up to and admired him. He was well-liked by many alcoholics and addicts in early recovery. He appeared to have plenty of clinical experience.

I remember my very first session with him. I sat in his consulting room and told him my life story. He listened attentively without interruption. When I had finished, he considered carefully what I had said. I am sure that he was very well-intentioned when he gave me his feedback. I have no doubt that he genuinely believed that he was helping me.  The feedback I received from him almost killed me over the next decade in AA.

“Andy, you have a right to be angry,” is what he told me.

This statement propelled me into a further ten years of therapy. Over the years, I continually reinforced the idea that I had a right to be angry. My frequent relapses into drinking were all triggered by my right to be angry. When one therapist tired of my ranting and raving, I found another. I remember a therapist once saying to me, “You are getting a lot of mileage out of this anger Andy”! When it came to anger, I was like a dog with a bone. I refused to let go!

This right of mine to be angry reinforced a lifelong belief that I was a victim. I became an alcoholic and addict because of all the harms that I suffered from an early age. My second sponsor Jamie taught me that the victim belief system is very toxic; especially for alcoholics. It frequently sends them back out drinking. This is exactly what happened to me. The rage created by my victim belief system almost led to my self-destruction in AA.

I gradually began to realize that I don’t process anger in a normal way. What I do is obsess and ruminate about perceived harms. I play these harms over and over in my mind turning them into resentment. As an alcoholic, I seem incapable of processing anger like more balanced people. Talking about it did offer temporary relief. In the long run, however, sharing my anger with another person did little to help me deal with it. I was unable to let go and move on with my life.

I was like a hamster going round and round on the hamster wheel of my anger. It didn’t take me anywhere, except, of course, towards the next drink. For an alcoholic like me, it’s a complete waste of time sharing my anger with another person. I have no “off” switch. As we learn in AA; “alcoholics don’t let go of anything without leaving claw marks on it”.

This strongly suggests that as an alcoholic, I don’t process anger in a normal and healthy way. I quickly turn it into resentment. This is an entirely different animal. Once resentment took me hostage, it was able to poison my mind for half a lifetime. This condemned me to drink with apparent impunity!

Having an obsessive/compulsive mind I became addicted to resentment itself. It was the main feature of my mental life as an alcoholic. I became very practised at this type of negative thinking. I was so full of fear about the future that I would manufacture resentments about things that hadn’t even happened yet. More than once, these imaginary resentments would drive me back to drink. Could I have been mentally ill?

“Some will be willing to term themselves “problem drinkers,” but cannot endure the suggestion that they are in fact mentally ill”

I genuinely believed that anger and resentment were the same things. Many years of relapse while in therapy convinced me that this was not the case. Many different types of talk therapy failed to make me feel better. I finally opened my mind and became more receptive to Bills description of the alcoholic illness.

An agnostic interpretation of the spiritual illness

Gradually, after committing myself to step work with a sponsor, I was set free. I am no longer twisted with fear, hatred, and resentment. Despite being an agnostic, I have come to believe that these things not only made me mentally unwell but that my degree of resentment made me spiritually sick. I was a tortured soul.

The sheer transformative power of the twelve steps enabled me to find peace, harmony, happiness, and contentment. I am now happy to call this transformation a spiritual awakening: a non-God-centered spiritual awakening. This is my experience, and it will remain so provided that I keep working steps ten, eleven and twelve.

I now accept that I have the disease of alcoholism. Fear and resentment are at the core of my illness. Whenever I get resentments in my sober life, I have to use the program to deal with them. This is the only way I can stay emotionally sober and stable in recovery.

*“We are not cured of alcoholism. What we really have is a daily reprieve contingent on the maintenance of our spiritual condition.”

I hope that as an alcoholic, I will never forget that I don’t do normal healthy anger. My maladapted alcoholic ego turns normal healthy anger into resentment. There is no closure until I look within myself. To be set free, I have to deal with my maladapted reactions far more than other people’s behavior. Nine times out of ten, my reactions are exaggerated by my disease of perception.

What are your thoughts about anger and resentment? Can resentment eventually lead to “all forms of spiritual disease”? *

*Quotations used in this blog marked with an asterisk are from the First Edition of the Big Book, which is now in the public domain.