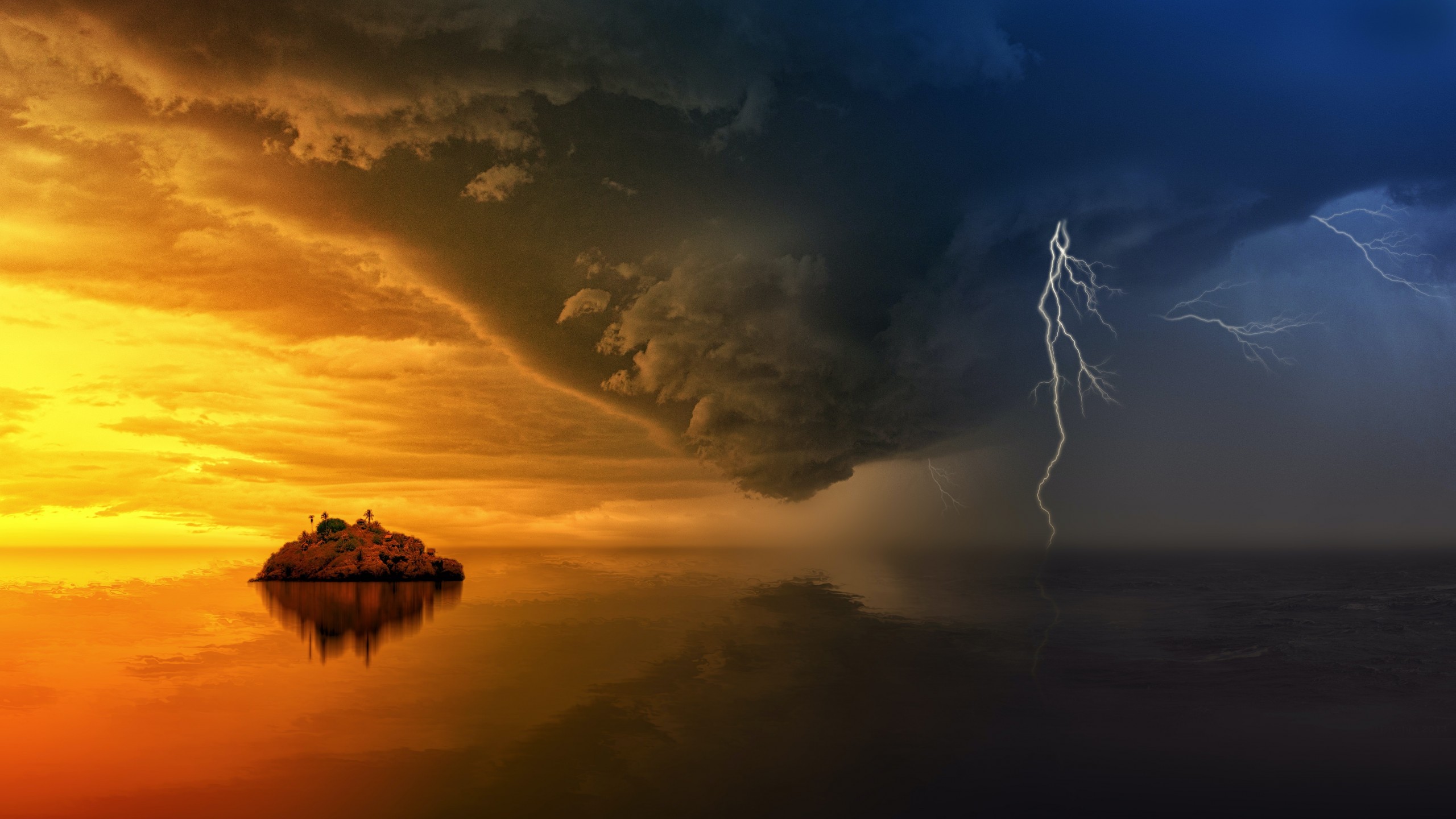 Picking up that first drink again and again in AA was not an experience that I would wish on my worst enemy. As I mention in my book, since coming to AA I have had at least twenty sponsors. Most sponsors let me go whenever I picked up that first drink. I was always looking for someone new.

As unfortunate as my history of relapse was, I gained a lot of experience in what to look for in a sponsor.  Hopefully, this blog can help a newcomer make a more prudent choice when asking for sponsorship. If my experience can help another alcoholic then that would have made it worthwhile.

Who can benefit from hardcore sponsorship?

I have had good sponsors and bad sponsors. Some of them were not spiritually well enough to sponsor anyone, let alone a high maintenance relapser like me! Strangely, I did benefit once from working with a sponsor who was a fundamentalist bully. I describe my relationship with David B at length in my book. When I was desperate enough, I asked him for sponsorship.

It was not an easy experience being sponsored by David but it did help me to get sober and stay sober. For a limited period, his style of sponsorship taught me a lot about alcoholism. He helped me to accept my alcoholism as an illness. It was the foundation that prepared me for a much happier experience of sobriety later on.

Personally speaking, I wouldn’t recommend a fundamentalist approach to recovery to a vulnerable newcomer; definitely not to someone with fragile mental health!

You are a member if you say you are

“The only requirement for AA membership is a desire to stop drinking”. This is the third tradition of AA. It is the unique nature of the fellowship. Being a spiritual fellowship we welcome anyone who wants to stop drinking. Tradition three requires us to welcome and accept believers, agnostics and atheists. We are also bound by this tradition to welcome alcoholics with co-existing and destructive personality disorders like Narcissism.

A sometimes serious problem can arise if your chosen sponsor also has a personality disorder as well as being an alcoholic. Some of them have hugely inflated egos which can be highly destructive and predatory  A much loved saying in AA is that: “alcoholics are ego-maniacs with an inferiority complex” An untreated alcoholic who has a very over-inflated ego can be dangerous as a potential sponsor. If there’s no humility there, it’s probably best to end sponsorship

Narcissists in AA, too often present as normal and frequently charming people. If you are unfortunate enough to get one as a sponsor, you may soon begin to realize that you have made an unfortunate choice. If you don’t walk away when the warning signals start going off, you may come to regret not trusting your intuition.

It may prove to be quite a damaging experience and set you back in your recovery. You may even need some outside help to purge them out of your mind. The fact that they can appear so normal and charming at first, is what makes them so dangerous! Please be very patient, prudent and discerning when choosing a sponsor

An addiction to Power

Asking someone in AA for sponsorship is an important decision and potentially life-saving.  It is not one that should be taken lightly. AA is full of people that are at different stages of recovery. Length of physical sobriety means nothing. When some alcoholics put down the alcohol, they can replace it with a new addiction. Sometimes, its a lust for power, prestige, money as well as an insatiable craving for admiration.

Your own conception of a higher power

I would also like to point out, that some of the more fundamentalist members believe that their brand of God is the only true one. This type of sponsorship can also be very damaging to anyone who is trying to develop their own conception of a power greater than themselves. Any sponsor who demands that the sponsee accept his/her personal interpretation of God or a higher power is in violation of the third tradition. “The only requirement for AA membership is a desire to stop drinking” A sponsor like this is not spiritually fit enough to sponsor anyone.

It is not the sponsor’s role to impose their personal beliefs about God and spirituality on anyone. Newcomers must find their own way to a concept of a higher power that works for them. If a newcomer doesn’t believe in God, then a good sponsor will refer them to page 27 of the twelve steps and twelve traditions. There, it clearly states, that they can make AA itself their higher power. As an agnostic in recovery and a serial relapser, I have learned to avoid sponsors that have self-centered and fundamentalist views about God.

Carrying a spiritual message; as Bill describes it in The Big Book

Every AA member who searches for a higher power that works for them must follow their own truth and their own hearts. Bill Wilson, one of the co- founders of AA and author of the Big Book, is very clear on how to carry the spiritual message of recovery to the alcoholic who still suffers:

“You will be most successful with alcoholics if you do not exhibit any passion for crusade or reform. Never talk down to an alcoholic from any moral or spiritual hilltop, simply lay out the kit of spiritual tools for his inspection*. Show him how they worked with you. Offer him friendship and fellowship”

No one has all the answers in AA

If you find yourself with a sponsor who thinks he has all the answers contained in the Big Book and wants to impose them on you, this may be another signal that you don’t have the right sponsor. You may need to look for someone who is more open-minded on spiritual matters. If you are an agnostic or atheist, you may need to find a sponsor who understands that you have your own personal spiritual journey ahead of you; even if you remain a non-believer.

None of us has all the answers, nor do we have the monopoly on truth. If a newcomer really wants the program, he will earnestly seek his own conception of a higher power. A good sponsor knows that as long as the sponsee remains a seeker he is very much moving towards a spiritual awakening that has meaning for him or her

Over the years, I have learned that AA is a program for those who want it, not for those who need it. If they want it, there is no need to be forceful or go on a passionate crusade of conversion. If they need it but don’t really want it, then that quickly becomes apparent. What then is the loving thing to do? Politely and calmly terminate sponsorship and walk away. The Big Book tells us to find someone that does want the program.

“He must decide for himself whether he wants to go on. He should not be pushed or prodded by you.” *

“Do not be discouraged if your prospect does not respond at once. Search out another alcoholic and try again” *

Observing my own reaction and those of my peers in AA, the fruit of Big Book thumping, can at best achieve, a dishonest, insincere and fear-driven compliance. Does it ever really achieve a long term and unconditional surrender to the spiritual principles of AA? Each person has to decide for themselves what kind of sponsorship is best suited to their personality type.

No person in AA can claim an infallible knowledge of the Big Book and its principles. Bill clearly states:

“Our book is meant to be suggestive only. “We realize that we know only a little” *

We need to be careful here and remember that AA is all inclusive. We must make every effort to offer a spiritual solution to the atheists and the agnostics. If we are really following the guidelines of the Big Book, we need to qualify the God word in steps three and eleven with the clause “as we understand him.” This clause was added by Bill W, on the insistence of Jim Burwell. Jim B was AA’s first agnostic. He died on the September 8th 1974. He was 38 years sober

It is perfectly acceptable to qualify the third and eleventh step by saying ‘as we don’t understand him’. Perhaps more will be revealed to us about what a higher power can mean to us later on in our recovery. Following Good Orderly Direction is good enough. This helps us to become more open-minded and willing to seek spiritual solutions. The possibilities then become endless!

Bill himself makes a powerful statement in the Big Book in which he offers us clear cut instructions of how recovering alcoholics are supposed to behave to one another if they are truly living life “on a spiritual basis” * (Big Book Chapter four “We agnostics” p. 56 First edition) The following statement must serve as our ultimate guide in deciding what good sponsorship really is:

“Love and Tolerance of others is our code” *

The two words, “Love and tolerance” encapsulate the attitude that what we can reasonably expect from our sponsors. The exact opposite of this suggests a code of conduct that is unloving and intolerant. No doubt some sponsors that believe in the idea of ‘tough love.’ There is, of course, a place for tough love and rigorous honesty in the sponsor/sponsee alliance but only if full consent is given by the sponsee.

Tough love can be offered with the consent of the sponsee. If tempered with genuine humility in the sponsor, it can be an effective spiritual tool. If, on the other hand, tough love is administered from a self-serving and ego-driven position, then it has no place whatsoever in this all-important relationship.

The unspoken agreement between sponsor and sponsee

In conclusion, the prospective sponsee needs to be willing to strive for honesty and open-mindedness whilst working with a sponsor. They are more likely to be successful if the sponsor is kind, loving and tolerant.  A willingness to follow suggestions that are respectfully offered by the sponsor is crucial. Completing the step work assignments on time is a clear sign that the sponsee is willing to “go to any lengths.” *

What are your thoughts on a healthy sponsor/sponsee alliance?