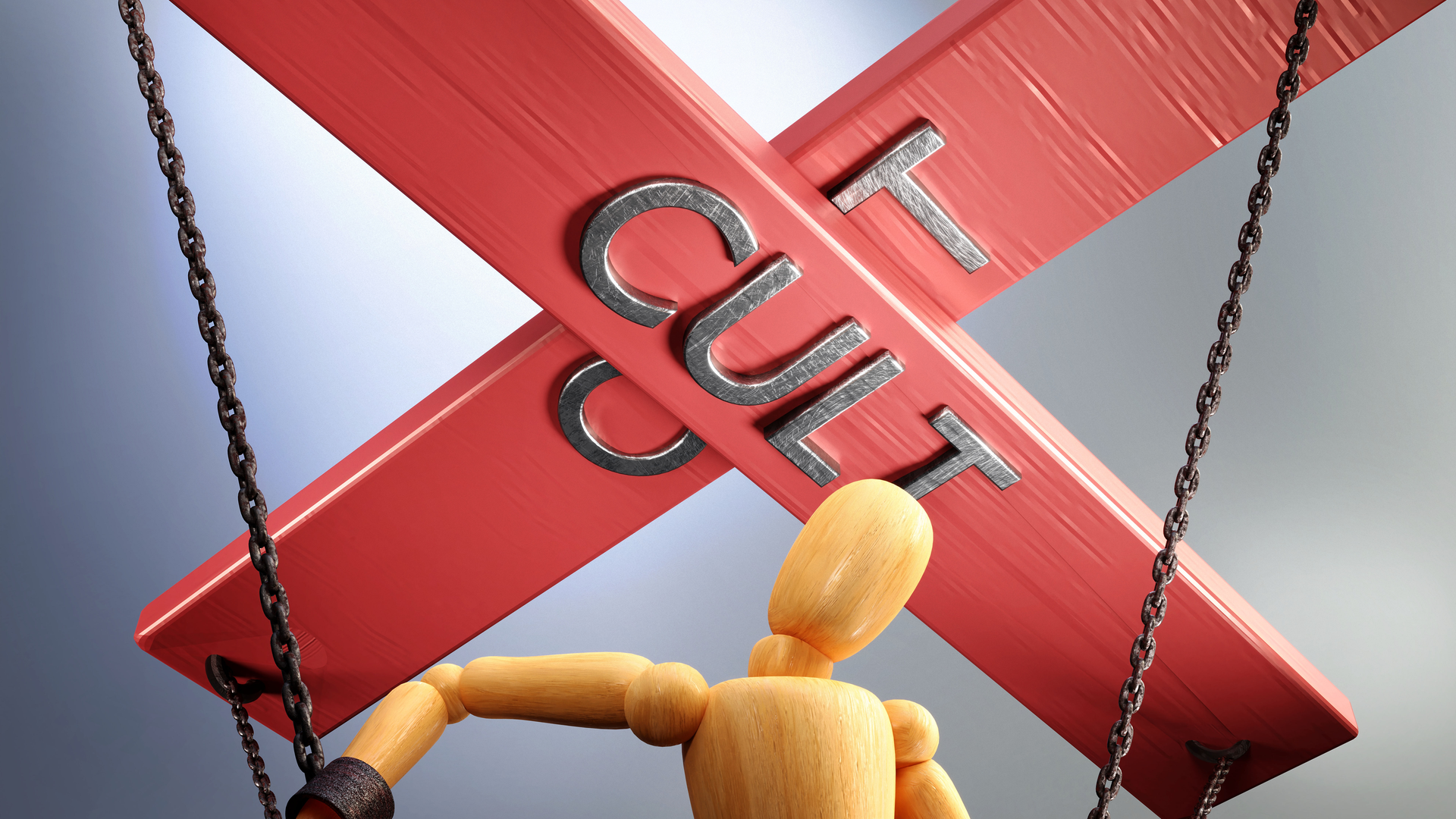 A newcomers arrival in AA

I loved AA from my very first meeting. This may sound like an extreme statement. The truth is that I always felt different from others. As a result of a difficult childhood, I always felt a sense of separation and alienation. I didn’t really fit in with ‘normal’ people. I became a loner. Drugs and alcohol banished me to the very margins of society.

For the first time in my life, I found myself in the company of people who were like me. They thought like me and felt like me. They also shared that they always felt different. I took to AA like a duck to water.

Growing up in foster care, seemed to deprive me of any sense of family and belonging. Going to my first meeting was like a homecoming. In AA, I had finally found the family I never had.

I always saw myself as an agnostic. When I realized that a relationship with God or a higher power was the purpose of AA’s twelve steps, I got very disheartened. I couldn’t understand what God or a higher power had to do with getting clean and sober. I began to wonder if AA was some kind of cult or at the very least, a quasi-religion.

As I progressed in my journey, I learned that a lot of people viewed AA as a cult. Some alcoholics came to the fellowship and soon left when they saw that God was involved. Others were suspicious and stayed away. Frequent references to God and a higher power put them off. Sometimes you would read negative reviews in the press about AA.

I’m an agnostic alcoholic with thirty-seven years in the program. I have called this blog “Is AA a cult”?  This question has always fascinated me. What is a cult and how is it formed? More importantly, why are cults created?

As an old-timer and agnostic in AA, I will try to answer this question as honestly as possible. At the very least, potential newcomers to AA deserve an accurate and honest answer to this question.

What is a cult?

Before offering some answers, it may be helpful to share with you some definitions of the word cult:

“In the English-speaking world, the term cult often carries derogatory connotations. In this sense, the word cult has been considered a subjective term. It is frequently used as an ‘ad hominem’ attack against groups with differing doctrines or practices. As such, a scholar on religions, Megan Goodwin, defined the term cult, when it is used by the layperson. He says it is often being shorthand for a “religion I don’t like” Wikipedia

“Sociology Professor Benjamin Zablocki of Rutgers University, states: Destructive cults are at high risk of becoming abusive to members. He maintains that such is in part due to members’ adulation of charismatic leaders. This may contribute to the leaders becoming corrupted by power” Wikipedia

(chiefly derogatory) A group, sect or movement following an unorthodox religious or philosophical system of beliefs. Members tend to remove and exclude themselves from greater society. This may include family members not part of the cult. Members show extreme devotion to a charismatic leader. Wiktionary

The twelve traditions of AA

AA as a whole prides itself on a committed adherence to AA’s principles and its twelve traditions:

“The Twelve Traditions of twelve-step programs provide guidelines for relationships between the twelve-step groups, members and other groups. This relationship extends to the global fellowship and society at large. Questions of finance, public relations, donations, and purpose are addressed in the Traditions. They were originally written by Bill Wilson after the founding of the first twelve-step group, Alcoholics Anonymous. Wikipedia

Several of the traditions may serve to demystify the all-important question. Does AA as an organization fall into a category that defines a cult?

Tradition two: “For our group purpose, there is but one ultimate authority – a loving God as He may express Himself in our group conscience. Our leaders are but trusted servants; they do not govern.”

Tradition three: “The only requirement for AA membership is a desire to stop drinking”

Tradition Twelve: Anonymity is the spiritual foundation of all our traditions, ever reminding us to place principles before personalities”

In these three traditions, the guiding principles of AA are made abundantly clear. The preamble that is read at the beginning of every meeting clearly states: –

“A.A. is not allied with any sect, denomination, politics, organization or institution; does not wish to engage in any controversy, neither endorses nor opposes any causes.”

The traditions clearly discourage any type of “charismatic leadership.” (Wikipedia)

Sooner or later, some members begin to separate themselves from mainstream AA. Differences of opinion develop about the most effective way to recover from alcoholism.  When this happens, schisms develop.

It would seem that these splinter groups have one thing in common: They are usually led by what Wikipedia describes as a “Charismatic leader.” These are strong personalities that create and lead the group. They impose their particular brand of recovery on unsuspecting newcomers. Many of them are vulnerable and lost in their lives.

These strong personalities can be very convincing. They are able to seduce new members into accepting their interpretation of the AA Big Book without question. Their power base is created by the ability to sell their ideas about recovery. They preach their message as if it was sacrosanct.

On the whole, mainstream AA remains healthy and committed to the AA preamble and its twelve traditions. With the formation of splinter groups, this has not always been the case. The fellowship is a pure democracy. If it is to respect the third tradition of AA, it cannot and should not ban cult-like fundamentalist groups. Every alcoholic is welcome irrespective of how they approach recovery.

One of the guiding tenets of AA is: “Love and tolerance of others is our code” This is a statement that was made by one of AA’s founder members. Bill Wilson wrote the basic recovery text affectionately known as the Big Book. You will find the relevant quote in Chapter six, Into Action on p.84

In 37 years of membership, I have indeed found that most AA members are committed to the practice of “love and tolerance to others.” As with any organization, people will always interpret its philosophy to suit their own personal agendas. The fellowship is no exception!

Some alcoholics in the fellowship chose to pursue their recovery using a very disciplined, rigid and fundamentalist approach. This appears to work for them. A well known Methodist minister and peer of the House of Lords in the UK was Lord Soper. He once made a startling statement: “All fundamentalism is born out of fear.” Could it be that people that are very lost and frightened end up in these cults?

Alcoholics with strong egos frequently set up these fundamentalist splinter groups. Some of the “Charismatic leaders” (Wikipedia) that create them, may well suffer from a coexisting personality disorder. Clinicians often describe these people as having a narcissistic personality disorder. These people have a need for excessive admiration and power. They set themselves up as recovery gurus.

Very quickly, these groups develop all the defining characteristics of cult consciousness. Can these groups be damaging to their more vulnerable and needy members? Yes! Splinter groups in AA are “at high risk of becoming abusive to members” Wikipedia

To return to the original title of the blog: Is AA a cult? The short answer to this question is; NO, NOT AT ALL! That being said, there are fundamentalist splinter groups within AA that have all the defining characteristics of a cult.

If you have a drinking problem and want to stop, please know that the twelve steps can transform your life. Mainstream AA is neither a cult nor a quasi-religion. It’s a program of psychological development and spiritual transcendence.

For many atheists, agnostics and freethinkers the twelve steps can facilitate a non-God-centered spiritual awakening.

Conclusion – A surprising twist to the tale!

In this blog, I made a promise that newcomers would receive an accurate and honest answer.

I was a serial relapser for my first thirteen years in AA. Despite my best attempts at staying sober, I was unable to stop drinking. My very best ideas* about how to recreate my life failed utterly! *“Some of us tried to hold onto our old ideas and the result was nil until we let go absolutely” (Big Book Chapter 5 p. 58)

Eventually, I found myself in a cluster of groups in London.  They were known as the “Vision for you” groups. They were started and led by an alcoholic known as David B.

David B and his “Vision for you” groups

I asked David B for help. He was a tough sponsor with a very fundamentalist approach. There is no question that the “Vision for you” was a cult-like splinter group. I heard these groups described as the AA Taliban.  My life was completely out of control. There was no other option but to surrender to David’s suggestions.

Did those groups help me recover from alcoholism? If I am to be honest, no!  It is often a common practice for sponsors in these groups to shout and belittle the people they are sponsoring. Ultimately, it is impossible to be guided towards a meaningful spiritual awakening on the receiving end of shouting and abuse.

I really needed the “love and tolerance” from a sponsor who took seriously the spiritual principles of AA. This of course meant that the sponsor had undergone some ego-deflation. This was clearly evidenced by the presence of humility.

It is however important to say, that at the time, David’s ‘kick ass’ approach certainly put me on the right path.

David’s methods gradually succeeded in dismantling my ego. Life depended on surrendering my self-will. “Self-will run riot”(Big Book Chapter 5 p.62) made it imperative to take David’s suggestions seriously. One very valuable thing that he taught me was this: The most effective way to recover from alcoholism is to become teachable and surrender to guidance. David taught me how to live in the solution. I only knew how to live in the problem.

In subsequent experiences with sponsors that were not fundamentalist, I knew it was in my best interests to willingly take the simple suggestions offered. With this attitude, I gradually recovered. Now, I have a life that for many years in AA seemed completely out of reach.

David B and his “Vision for you” groups were like AA boot camp. It was basic training in treating the illness. I certainly wouldn’t send a vulnerable newcomer there. That being said, I was so scared of drinking again that for a short time, I did benefit from David’s brand of fundamentalism.

Faced with imminent self-destruction, I eventually received the Gift Of Desperation. (An acronym for GOD) I was completely out of ideas about how to recreate my life. For a couple of years, I benefited from being in the “vision for you” groups.

When I felt more stable, I moved on.  With David and his ‘vision for you’ groups, I learned the necessity of the all-important need for alcoholics to surrender to a sponsor’s suggestions and follow Good Orderly Direction (another acronym for GOD). I now enjoy peaceful and happy sobriety in mainstream AA.