Is AA a religion? 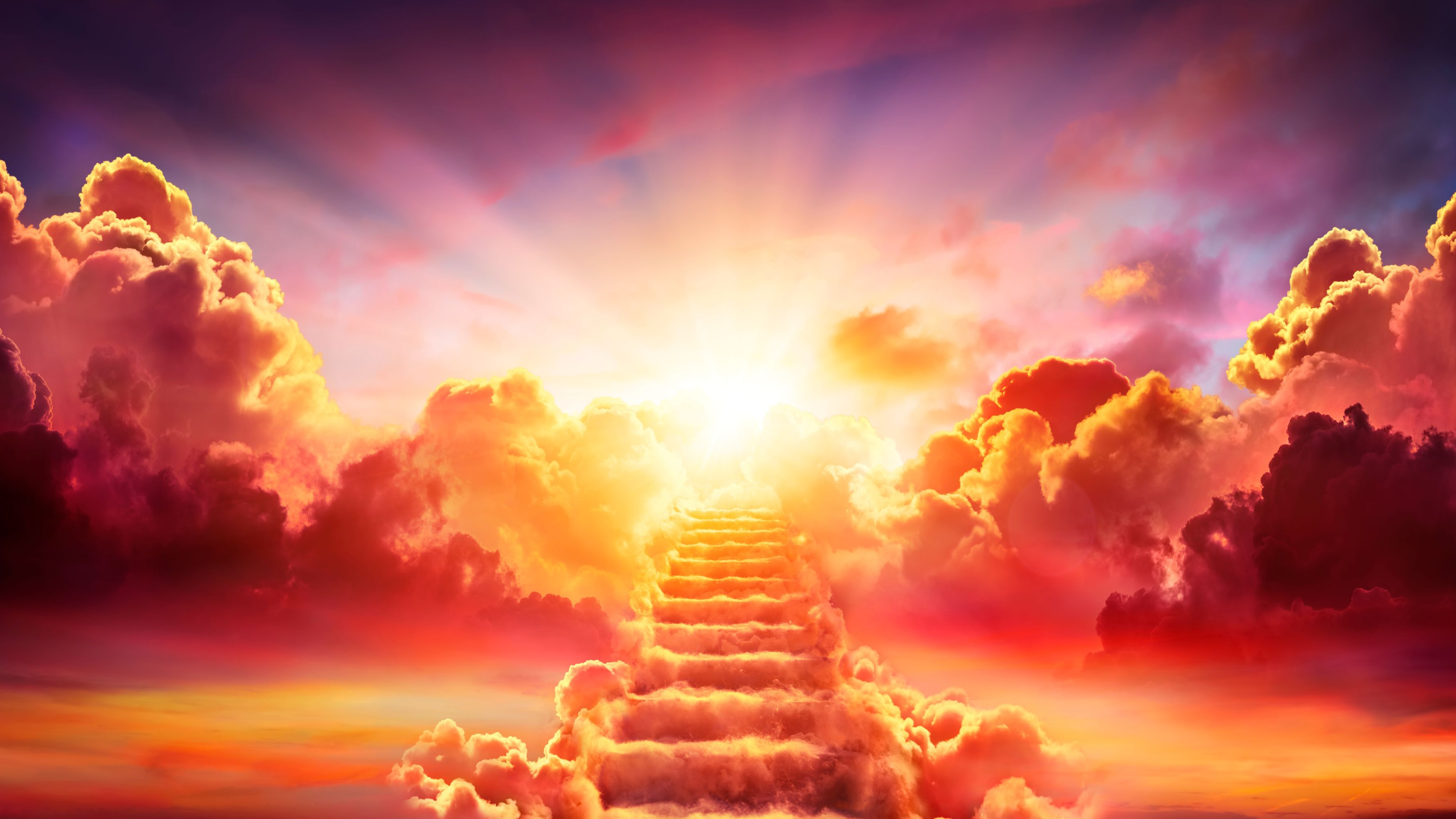 In May 2017, the ‘general service conference’ of Alcoholics Anonymous approved and published a pamphlet that was called The “God” word. It was a very important event for all atheists, agnostics and freethinkers that come to AA to get sober. As I mentioned in a previous blog this pamphlet was inspired and initiated by an AA group in London. It is known as the Thursday Islington Atheist, Agnostic and Freethinkers group. This blog will not be about the creation and publication of the pamphlet. Rather, it will focus on the very first line of this all-important piece of AA literature.

The first sentence states: “AA is not a religious organization.” Can we take this statement at face value? Since its inception, there has been controversy on this issue both in and out of the fellowship. Undoubtedly, AA approaches recovery from alcoholism using a model requiring a spiritual orientation.

“Alcoholics Anonymous (AA) is a ubiquitous recovery mutual-help organization that continues to arouse controversy, in part because of the program’s spiritual orientation”

The basic recovery text of AA is affectionately known as The Big Book. A cursory glance will reveal that the efficacy of its approach to recovery is clearly spiritual in nature. The twelve steps are offered as a mechanism for rehabilitation from alcohol addiction. That being said, five of the twelve steps mention ‘God’ and the sixth a ‘power greater than ourselves.’ Does this fact qualify AA as a religion? It’s an interesting question and one that begs a reasonable answer.

What is religion anyway? I became very interested in answering this question for myself. I looked up the word “religion” in the dictionary.

Religion: “Belief in a spiritual or metaphysical reality (often including at least one deity), accompanied by practices or rituals pertaining to the belief.” Wiktionary

“Religion is usually defined as a social-cultural system of designated behaviours and practices, that generally relates humanity to supernatural, transcendental, and spiritual elements; however, there is no scholarly consensus over what precisely constitutes a religion.” – Wikipedia

Two things struck me as important in the explanations offered.

Wiktionary suggests that to come close to resembling a religion, more often than not, a religion often incorporates “one deity” as part of its central belief system.

The plain fact is that AA’s twelve steps clearly reject the idea of one deity. Steps three and eleven both include the added phrase “as we understand him.”  This powerful statement suggests that AA does not embrace the concept of one central divine being that is shared by all its members.

Step two uses the expression “power greater than ourselves.”  This could mean any power, seen or unseen, that can help the alcoholic stop drinking.

As an organization, it has always made it clear, that your own conception of a higher power is the only one that is valid. If your higher power happens to be a door knob and it’s keeping you sober, as far as AA is concerned, that’s all that matters.

“He can choose any conception he likes, provided it makes sense to him.”

Wikipedia states that there is “no scholarly consensus over what precisely constitutes a religion.”  This statement seems to suggest that there is no formal definition of religion. If that is true, then it may imply a very interesting truth. Perhaps the meaning of the noun ‘religion’ is subjective. It may mean different things to different people.

It is usually based on each person’s personal experience of the phenomenon of religion. As an institution, religion may have a negative meaning for some, whilst the experience of others may be positive. Its true meaning is nebulous. It is open to whatever interpretation each person may ascribe to it. There is no clear-cut definition of what constitutes a religion.

The AA preamble is read out loud at the beginning of every meeting. An important sentence always reminds its members: “A.A. is not allied with any sect, denomination, politics, organization or institution.”

If not a religion, is AA a quasi-religion?

Quasi-religion – “Almost, or as if, religious” (Wiktionary)

Quasi-religion – “Quasi-religions are non-religious movements which have unintended similarities to religions.” (Wikipedia)

A good friend in AA, a retired university academic and like me an agnostic, recently sent me this:

“I found ‘quasi-religious’ defined as something resembling a religion and ‘an organization incorporating religious or spiritual elements into their belief systems.

The word ‘belief’ is important here: the Big Book obviously emphasizes belief (and faith) in a higher power, whatever your conception of a greater power may be. Does AA then, come into the category of being quasi-religious?” Yes, it would certainly seem so.

As an agnostic in AA, that’s good enough for me! The bottom line is that an agnostic interpretation of the twelve steps has transformed my life. They have kept me happily sober for the last 24 years. I merely replaced the “God” word with AA itself. The power of the program and the suggestions of an agnostic-friendly sponsor have been the higher powers that have helped me to recover.

I have experienced both AA fundamentalism and religious fundamentalism. There was a time in the fellowship when I kept relapsing. In those days, I was full of fear and very lost. I joined some very fundamentalist cult-like AA groups. From my own personal perspective, I found striking similarities between fundamentalist Christianity and fundamentalist AA.

The “Vision for you” groups

In these groups, God was mentioned constantly and seen as the very centre of their therapeutic efficacy. Moreover, AA groups that had a fundamentalist approach to recovery usually had one charismatic leader. This is not unlike a charismatic priest or pastor in the church. In these groups, just like the Bible, the Big Book of AA is believed to be divinely inspired.

The “Vision for you” groups are very literal and rigid in their interpretation of the Big Book. They were often referred to as “Big Book Thumpers.” Groups in AA that turn into a sect-like religion have become a worldwide phenomenon. They represent a very small section of the fellowship as a whole.

“All fundamentalism is born out of fear” – Lord Soper

In all likelihood, at that time in my life, for a two-year period, I needed the structure and discipline of AA fundamentalism. These groups did give my crazy, unmanageable life some direction. They pointed me towards sobriety. In that sense, I cannot deny that at the time, I needed to turn these groups into something resembling the formal structure of a religion.

So this still leaves us with the all-important question. Is AA a religion? Perhaps this is not the right question to ask. I realized that behind it, lay a much more important one. Do some alcoholics, at different times in their recovery, need AA to be a religion? If so, being a pure democracy, members have the freedom to turn AA into anything they need it to be.

Initially, I saw AA as a program of recovery from drug and alcohol addiction. As I slowly began to get well I realized something very important. To get well and stay well I had to embrace two principles central to the philosophy of AA. They are the principles of love and service to others.

Dr Bob Smith was the co-founder of AA with Bill Wilson.  He was invited to speak at the First International A.A. Convention in Cleveland, Ohio on July 30, 1950. Dr Bob passed away three and a half months later. His talk became very well known as ‘Dr. Bob’s farewell talk,’ He declares that the two core principles of AA are ‘love and service.’ He reminds all those in attendance at the convention to keep the program simple. The practice of extending love and service to the alcoholic that still suffers is what makes AA so effective. I came to acknowledge them as spiritual in nature.

These days I am very clear about what AA is and how it works. Quite simply, it is a spiritual, not religious program. For this agnostic alcoholic, I have learned that spirituality and religion are not even remotely similar. With this in mind, I try to practice the two core principles that I have been taught. As a result of working through the twelve steps, I have become a satisfied customer of Alcoholics Anonymous!