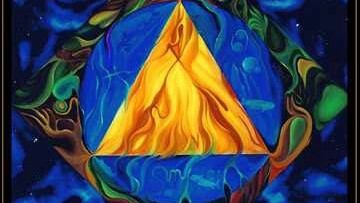 I arrived at my first AA meeting in May 1984. This was after twenty years of self-destructive drinking. I saw the slogan “Keep it Simple” on the wall of every meeting. Members were sharing that AA is a ‘simple program for complicated people.’

I took that to mean that all that was required was to go to meetings and not drink. My love for AA and all my alcoholic brothers and sisters was there from the beginning. I knew that I was home. There was never any question of my leaving AA. I went to meetings every day, sometimes twice a day.

The suggestions of the program

I was told that it was important to get a sponsor and take suggestions. The idea was to work through the first nine steps with his guidance. I wasn’t interested in the program. I only paid lip service to the idea of having a sponsor. It was all about looking good in front of my AA buddies.

People would ask me, “what step are you on”?  To get people off my back, I would declare: – “I’m not working the steps”, I’m living the steps”! In truth, I didn’t even have step one. Sponsorship and steps may have worked for them, but my case was different. I was going to take my problems to a therapist and not a sponsor.

I continued to sponsor myself for years in AA. The result was frequent relapses. Fortunately for me, I kept coming back. However, my mental and emotional state got worse and worse not drinking. I became increasingly more angry and resentful. Fear and self-pity would frequently overwhelm me and drive me back to drinking.

GOD: The Gift Of Desperation

I was sponsoring myself for more than a decade in AA. At the end of this time, I became suicidal. Drunk or sober, I failed in every area of my life. I was tormented with blame, resentment and self-pity about the past. I was plagued with jealousy when I saw my peers in AA creating good lives. They all had sponsors and were working the steps.

One day, I was sitting in a meeting after another relapse. I suddenly got a moment of clarity. I realized that unless I started doing something differently, I was not long for this world.

I would wake up in the morning full of inner turmoil. This continued all day until I fell into bed completely mentally exhausted. I had no way of turning down the volume of my thoughts. The only way I knew how to stop my ‘washing machine head’ was to drink. The time came in AA when even drink didn’t work anymore.

Obedience: the key to freedom

Generally speaking, most alcoholics resent authority figures. Many are defiant and don’t like the idea of being told what to do. I no longer had that luxury. Faced with the prospect of drinking myself into oblivion, I had to embrace the idea of taking direction.

This was something that was very difficult for a defiant alcoholic like me. I had to surrender to and become obedient to the suggestions of a sponsor. I had to admit; that being my own sponsor always ended badly.

Once I became teachable, it was in my best interests to take Good Orderly Direction. As an agnostic, I was told that this was a useful acronym for GOD. Initially, I thought that the suggestions I was receiving were stupid. What did they have to do with my complex problems and staying sober? The plain truth was that these stupid suggestions saved my life. They not only saved my life but they gave me a life.

Learning to live in the solution, not the problem

It was suggested that I write a daily gratitude list and call my sponsor every morning. Then, I was encouraged to call newcomers and ask them how they were doing. The next instruction was to get two home groups and two service commitments at meetings.

After taking the daily suggestions for several months, the step work began. Each step was offered as a written assignment. I hated school so I also hated the idea of written assignments. I saw them as homework. Here the Gift Of Desperation, (an acronym for GOD), came to the rescue. Every day, I had to read a chapter from the Big Book or the 12 steps and 12 traditions.

In meetings, I was encouraged to share a message of hope for the newcomer. It was okay to share my problems, provided I also shared the solutions. My sponsor discouraged me to share about any step unless I had actually worked it. Then I was handed the “Just for today” card. It was offered as a positive tool for newly sober alcoholics to get through the day without picking up that first drink.

The “Just for today” card

“Just for today, I will try to live through this day only, and not tackle my whole life problem at once. I can do something for twelve hours that would appall me if I felt that I had to keep it up for a lifetime.

Just for today, I will be happy. Most folks are as happy as they make up their minds to be.

Just for today, I will adjust myself to what is, and not try to adjust everything to my own desires. I will take my ‘luck’ as it comes, and fit myself to it.

Just for today, I will try to strengthen my mind. I will study, will learn something useful and avoid being a mental loafer. Today, I will read something that requires effort, thought and concentration.

Just for today, I will exercise my soul in three ways: I will do somebody a good turn and not get found out; if anybody knows of it, it will not count. I will do at least two things I don’t want to do —just for exercise. I will not show anyone that my feelings are hurt; they may be hurt, but today I will not show it.

Just for today, I will be agreeable. I will look as well as I can, dress becomingly, talk low, act courteously, criticize not one bit, not find fault with anything and not try to improve or regulate anybody except myself.

Just for today, I will have a program. I may not follow it exactly, but I will have it. I will save myself from two pests: hurry and indecision.

Just for today, I will have a quiet half-hour all by myself and relax. During this half-hour, I will try to get a better perspective of my life.

Just for today, I will be unafraid. Especially I will not be afraid to enjoy what is beautiful and to believe that as I give to the world, so the world will give to me”.

I knew that if I didn’t take my sponsor’s suggestions, he would let me go. After so many years of relapse, I no longer had the luxury of trying to stay sober without guidance.

We are all different

None of us is affected by our alcoholism in the same ways and to the same degree. Some are sicker than others. When I first got sober, I was deeply affected by the illness. Physically I wasn’t too bad. Mentally, however, I was significantly impaired.

After years of relapse, I needed to embrace a style of recovery that encouraged a strong sponsorship ethic; as well as committed compliance to a sponsor’s suggestions. This is the only way that has ever worked for me. I have remained sober ever since.

Recently, I noticed that people in AA were practising a much-diluted version of the suggested program. It is a very different approach to what eventually saved my life. I fully acknowledge that we are all different. How other alcoholics approach their recovery is none of my business. My experience with untreated alcoholism has taught me that I need to use my sponsor and listen to his advice. I know that a diluted approach to AA has never worked for me.

My ongoing recovery from alcoholism is dependent on remaining in the solution. I have to surround myself with like-minded alcoholics. Like them, I know what actions I have to take. Just going to meetings is not enough to treat my alcoholism. My sponsor has become my eyes and ears. I would not risk dealing with this illness without his support.

I came close to walking away from AA. The message I need to hear just wasn’t there. Without an ongoing commitment to truth and honesty; a sincere desire to grow spiritually, I know that I am a lost cause.

Recently a friend invited me to some online meetings that were established during the Covid pandemic. I logged on and was pleasantly surprised. Everyone had sponsors and was actively engaged in step work with them. The authentic warmth and honesty in the room were plain to see.

Everyone seemed committed to a spiritual way of life. At that moment, I realized that for an alcoholic of my type, leaving AA is not an option. The members in the online meetings were working their recoveries in a way that had always worked for me. I felt nurtured and supported.

In conclusion, there was never any question of leaving AA. The answer was to find like-minded people in the fellowship.

Have you ever thought about leaving the fellowship but are also committed to remaining sober? I would be interested to hear your reasons for wanting to walk away? What alternatives may be available to recovering alcoholics to remain sober, stable and happy?