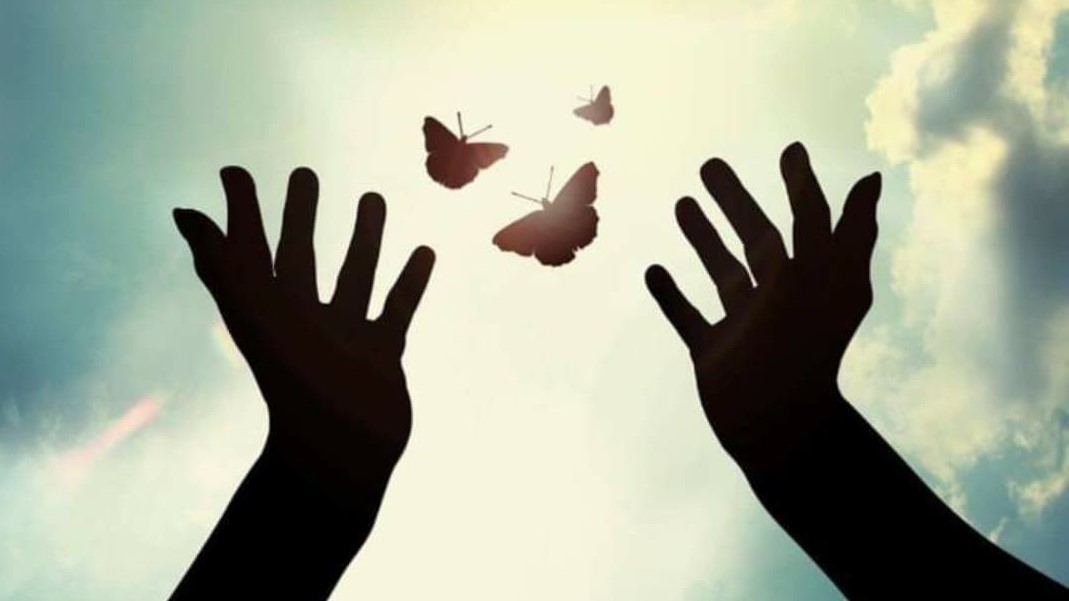 The potential danger of “resting on our laurels” *

I was in the fellowship for over twenty-five years before I had my first experience of online sponsorship. I was also about eleven years away from my last drink. Although it was such a long time since I drank, mentally, I was struggling again.  My beloved Mother had just died.  We got very close in the last two years of her life. When she passed, I was devastated!

I took the loss so hard that I walked away from a big book study group where I was going through the steps again. At the time, I was unable to cope with anything else other than my bereavement and putting my Mothers affairs in order. I left the Big Book study group before I got the chance to share my fifth step with someone from the group. That turned out to be an unfortunate mistake. For several years I was without a sponsor and I was becoming increasingly more depressed without a program and a sponsor to help me

Before I tell you about my experience of online sponsorship, I need to give you a bit of background information. I was born in London to a Polish Mother.  She came to the UK after the Second World War. I was raised by a Polish-speaking foster mother and was then sent to a Polish boarding school. I have never forgotten my heritage or my native language.

More than twenty years ago, the first Polish-speaking AA group was formed in London. As a Polish speaker and long time member of AA, I was involved in setting it up. It was quite amazing to see the rapid growth of Polish AA in the London fellowship. Within a few short years, there were seventeen Polish AA groups in London alone. Now I suspect there are many more. In the late ’90s, Polish AA was a fledgeling fellowship in the UK. The sober members were just finding their way and only learning about the steps and traditions.

My future sponsor arrives from Poland

The Polish fellowship in London invited a long time sober AA member from the fellowship in Poland to lead a step and traditions workshop. He was considered an AA veteran; a member who knows the program well. His name is Witold (pronounced Vitold in English, Vitek for short) I was asked if I could offer him a bed in my flat for the duration of the workshop. I met him and liked him straight away. We got to know each other quite well when he was staying with us.

Vitek is an unassuming and humble person. He immediately struck me as very knowledgeable about the recovery journey from alcoholism. He is clearly someone who was able to apply his depth and intelligence to gain a better understanding of the Big Book and the 12 steps.

After the workshop, he returned to Poland and gave me his contact details. I couldn’t find anyone that I could connect with in The London fellowship so I decided to ask Vitek. The time had come for me to find a new sponsor.

I called him and asked him to take me through the steps again and he willingly agreed. With him in Poland and me in England, the only way forward was through online sponsorship. He told me that this was his preferred method of sponsorship anyway, even with people from his local groups. He suggested Skype as the most user-friendly platform. So it was that as someone with twenty-five years in AA and several previous journeys through the steps, I had my first experience of online sponsorship.

At first online sponsorship felt a bit strange and unfamiliar. I wondered if it was possible to take someone through the steps on Skype. I was pleasantly surprised at what a positive and effective experience it turned out to be. Vitek taught me everything I needed to know about good sponsorship. He believes that there are distinct advantages to online sponsorship which can offer a more helpful experience for the sponsee.

I quickly realized that he had excellent skills as a step guide. I could see why the Polish fellowship in London invited him to the UK to speak on the steps and the traditions. He knew his job! This became very apparent as soon as we began working together.

We met for an hour once a week on Skype while he was taking me through the first nine steps. Online sponsorship has undoubtedly been the most dynamic type of sponsorship that I have experienced in all my years in AA.

I discovered that written assignments on most of the steps are very compatible with online sponsorship. I received the assignments by email after having them properly explained. It was up to me to get on with it and have the assignment finished by the deadline that Vitek set me.

It usually took about a week to complete each assignment. My fourth step took longer. Probably more than a month. Vitek gave me a definite deadline for step four. This was helpful because it gave me the incentive to get on with it. I have one very pleasant memory of our step work together.

After I finished step four, I actually flew to Poland for a week to share my fifth step with him. I always liked Poland and it was a great experience to go to some AA meetings when I was there. I was amazed at how strong AA was in Poland and how much it had grown since the collapse of communism.

After returning home to the UK, Vitek took me from step six to step nine. In my book, “The twelve steps for agnostics” I offer written assignments on eight of the twelve steps as they were shown to me. They are specially designed for agnostics in recovery and ideal for the online sponsorship experience.

They provide structure, discipline and the need to complete the work in a given time frame. Online sponsorship is much more goal-oriented because of the time constraints imposed by limited step sessions online

Going through the Big Book

I remember one assignment Vitek gave me that really impressed me. I have used it with the guys that I have sponsored. He suggested I get three different coloured highlighter pens. I then had to slowly and carefully read through the first six chapters of the Big Book.

We would calmly discuss my reservations and he would offer me new and practical ways of interpreting the Big Book. Vitek presented me with powerful arguments about why I should persevere with the program. He never insulted my intelligence and always invited me to see things from a different perspective.

Despite being an agnostic, his calm and thoughtful way of presenting the Big Book was able to convince me, that my alcoholism really was a symptom of a much deeper problem. Gradually, I became comfortable calling my alcoholism a spiritual illness.

Online sponsorship as a way of maintain healthy boundaries

Vitek also favours online sponsorship because it discourages what he sees as a potentially unhealthy dependency between sponsor and sponsee. I couldn’t just call him if I was having a bad day. He gave me the practical tools to help me have a good day. It was up to me to apply his suggestions or not.

This let me know that I was 100% responsible for my own recovery. It was up to me to do the work. I have no doubt that he would have cut me loose if he sensed that I wasn’t committed to doing the work. If I had a crisis, I would email him and we would sometimes have an extra Skype session. These extra sessions were very rare.

Reliance on meetings rather than a sponsor

Vitek always impressed upon me that my primary reliance should be on an AA group and not on him. He believes strongly in the therapeutic value of the group.  Sooner or later, he said, newcomers need to find their own feet and become more independent.

He maintains that in the early days of sobriety, reliance on an AA group was healthier than relying too much on one person. In this case a sponsor. The power of the group was especially important when the sponsee was going through the steps. He believes that the AA group should always be the alcoholic’s primary support system. Perhaps, this is why he believes in the concept of online sponsorship.

Online sponsorship is very powerful and effective because it is goal orientated and task-driven. I found it empowering because it was disciplined and offered natural boundaries. Sponsorship was given in an allotted time period with a specific task to complete. I always responded well to practical suggestions when being guided through the steps. Too much face to face discussion especially about God and spiritual matters would sometimes leave me confused and discouraged.

Vitek is a strong believer in the idea that the sponsee is 100% responsible for going through the steps. He does not believe in an overly authoritarian approach to sponsorship which requires blind obedience to a sponsors direction. You either want the program or you don’t. If a sponsee is unwilling to continue with the step work, Vitek would end sponsorship in a friendly and civilized way. For this reason, he is in the habit of asking all his sponsees if they wanted to carry on with the work when they arrived at steps three and nine

When I got to step nine, Vitek asked me if I was happy to continue. I said, “absolutely”! He then proceeded to instruct me about the importance of the maintenance steps. As an alcoholic, he reminded me that I will never be cured of Alcoholism. He was able to convince me that if I held onto resentments I would gradually become spiritually unwell again. Ignoring step ten could eventually lead to relapse. Vitek made sure that I internalised the importance of continuous work on the maintenance steps.

These days we meet on Skype on the last Sunday of every month. I greatly look forward to these monthly meetings. He remains my eyes and ears. he has never guided me wrong. We discuss my current concerns but he also listens and advises me, if I am having issues with the guys that I am sponsoring. He is gradually teaching me how to be an effective sponsor.

Vitek has never raised his voice at me and has always let me know that readiness to take his suggestions is my responsibility. To the best of his ability, he tries to practise “Love and tolerance” to everyone. This code of conduct is offered on p.84 of the Big Book. He has frequently reminded me that we alcoholics must try to to be loving and tolerant if we are to stay spiritually well. After all the experiences I have had with hardcore fundamentalist sponsors, I wouldn’t want to lose him.

For the first twenty-five years in AA, I only ever experienced face to face sponsorship. It does have its advantages. For the last ten years, I have enjoyed online sponsorship. These days, I wouldn’t have it any other way. I think online sponsorship may well be the future for sharing the healing power of the 12 steps. What do you think?