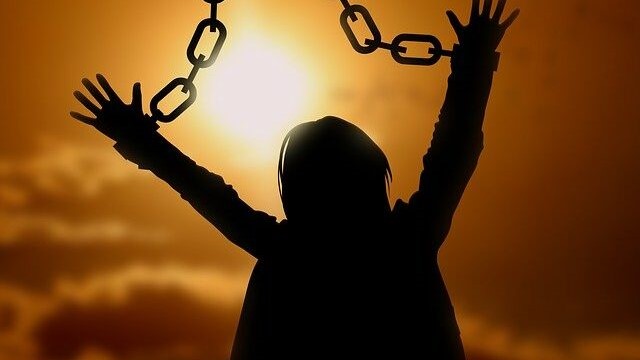 I had been in AA for many years before I even heard of the Rescuer, Persecutor, Victim triangle. What was it? It somehow sounded familiar but I had very little understanding of what it meant. The rescuer, persecutor and victim triangle is also known as the Karpman drama triangle. Many alcoholics that are sober in AA were raised in dysfunctional families. Parents were sometimes alcoholics themselves and were unable to model functional relationships to their children. This is how Wikipedia describe the dynamics of a dysfunctional relationship:

“The triangle maps a type of destructive interaction that can occur among people in conflict. The drama triangle model is a tool used in psychotherapy, specifically transactional analysis. The triangle of actors in the drama are persecutors, victims, and rescuers” Wikipedia

Karpman also proposed the idea that the three roles of Rescuer, Victim and Persecutor are interchangeable. These behaviour patterns create unhealthy dynamics in a family system or an intimate partnership. They make a genuine attempt at happiness and intimacy impossible. “These roles were not undertaken in an “honest” manner to resolve the presenting problem” Wikipedia

When I was first introduced to the idea of the triangle I couldn’t deny that it was a blueprint for my marriage. Sadly, it collapsed in early recovery. After that, I had one relationship after another. They were all short-lived and ended in tears. This “Bermuda triangle” of dysfunctional relationships was the cause of misery and relapse in recovery from alcoholism.

A therapist drops a bombshell

Following the break-up with my wife, I decided to go into group therapy. At the time, I wasn’t interested in the steps or sponsorship. I found a therapist called Liz. She was very experienced and skilled. She specialized in working with addicts and alcoholics in 12-step recovery.

One day, in the group, she told us all something very shocking. “Addiction to alcohol and drugs is an attempt at a relationship” I was stunned! How right she was. I didn’t have girlfriends. Instead, I became intimately involved with alcohol and drugs. They were a substitute for a girlfriend. I was of course completely loyal in this relationship. There was no one else. Just me, the booze and the drugs!

All I did was therapy for my first thirteen years in AA. Because I was raised in care, I told myself that I was different to other addicts and alcoholics in recovery. The twelve steps may work for them but I believed that my case was unique.

As a dry alcoholic without a program, my sober life was chaotic and unmanageable. I didn’t have a sponsor nor faith in any higher power. Women and sex became powers greater than me. Like so many of my brothers and sisters in recovery, I jumped on the bandwagon of sex and love addiction.

I had one girlfriend after another. Every relationship was as dysfunctional as the one before it.

I was trying to become a whole person in the arms of a woman. The old-timers used to say that if you wanted a healthy relationship, first you need to develop one with yourself and a higher power. I had no need for a spiritual solution. A girlfriend was all that I wanted!

I would manipulate my way into the affections of women. The only thing I had to offer was dishonesty. I was willing to go to any lengths to medicate loneliness and inner emptiness. In terms of my addictive patterns, there was no difference between my addiction to alcohol and relationships. It was all about trying to fix myself with a person instead of a substance.

The question of honesty in relationships

The first paragraph of chapter 5 of the Big Book eventually provided me with the answer I was looking for. Dishonesty in relationships made it impossible to create something meaningful.

“Those who do not recover are people who cannot or will not completely give themselves to this simple program, usually men and women who are constitutionally incapable of being honest with themselves”

In Karpman’s own words when describing the rescuer, victim, and persecutor dance: “These roles were not undertaken in an “honest” manner to resolve the presenting problem” Wikipedia

During my work on steps four and five, I gained some very important and life-saving insights. Since childhood, I had been conditioned to see myself as a victim. As I grew into adulthood, I acted out this negative belief system in most interactions with other people.  My AA sponsor told me plainly: “Get rid of the victim belief system and your relationships will improve.”

In my book, I make the following statement:

“In stark contrast to the first promise which is coming to know “a new freedom and a new happiness” was the reality that I had always been a slave to all my addictions. Besides alcohol, there were many others. Addiction to food and sugar started by the time I was eight years old, followed later on by an addiction to drugs, and codependent relationships.  In recovery, I got addicted to rescuing people.”

“The twelve steps for agnostics”

It became apparent that besides being a victim, I had also learned to be a rescuer. My alcoholic mother was always unhappy and miserable. It was my job to save her from her hopelessness and despair. This well-practised role would attract helpless victims. Looking back, going in as a rescuer was merely a manipulation. I wasn’t aware of this at the time but behind these valiant rescue attempts lay a hidden agenda. In trying to help others, I too wanted to be helped. Behind the rescuer, lay a needy victim. It kept the dysfunctional triangle alive and mutually destructive.

When in the role of persecutor the agenda was the same but with a different approach. As a persecutor, I would disempower the victim so they wouldn’t abandon me. The fear of being alone again would drive me to control and intimidate. The role of persecutor would somehow make me feel more secure. “They won’t leave me if I completely take their power away.” Sometimes the roles would switch. The victim would suddenly turn into the persecutor. When trapped in the Karpman tringle, there was never any genuine love there. It was all about neediness. The whole thing was driven by a powerful need to fix each other’s chronic insecurity. At other times, the persecutor would start to resent the victim and the rescuer for not being their idealized fantasy of the perfect partner. An absence of sincere feelings could often evoke aggression and abuse.

I went to meetings regularly and managed to put together a few years of sobriety. After my first sponsor David, I met Jamie. He was a sponsor who was very committed to working the twelve steps. Jamie took sponsees through the steps exactly the way they are described in the Big Book. By that time I had written several step fours using a variety of techniques. No other method of doing step four kept me sober nor helped me address my other problems. The way Bill presents the fourth step in the Big Book revolutionized my recovery.

Jamie showed me Bill’s method of doing step four which is in five columns:

Column 1: – The person(s), place, institution or thing that I resent.

Column 2: – The specific harm they caused?

Column 3: – Which of these 6 instincts were affected?

On page 67 of the Big Book, we find the fourth and fifth columns. The relevant paragraph which saved my life as a committed victim begins with:

Column 4 – Where was I selfish, dishonest, self-seeking and frightened? Where was my mistake?

Column 5 – Jamie explained that when answering the five answers, they should be specific to the actual resentment in the first column

When I was in the middle of my 4th and 5th step, Jamie said: “The purpose of the 4th and 5th step Andy is to begin dismantling your victim belief system” At the time, his words meant very little.

As a victim, I kept the toxic triangle alive and mutually destructive. Jamie made me aware that the victim belief system is the driving force of all three roles in the dysfunctional relationship triangle. The prisons, he said, are full of persecutors that were once victims in childhood.

The magic of Bill’s 5th column in step four

The fifth column (BB p. 67) of the fourth step helped me to see myself and my past through a new pair of glasses. It was like a controlled demolition of the victim’s belief system. I gradually began to see the world through the eyes of an adult and not a wounded child. My distorted perception of reality began to change and with it my relationships with women. I began to grow up!

The more I learned to live in the truth of the 5th column, the less I saw myself as a victim. Steps four and five were like laser surgery. They did for me in several months what ten years of therapy failed to do. Was it the fault of therapy? Not at all! I played all of my therapists like a piano. I was highly manipulative and dishonest. I paid them good money to confirm that yes indeed I was a poor victim. All I was really looking for was sympathy.

Over the years, despite still identifying as an agnostic, I have thought a lot about the following statement made by Bill in the Big Book:

“When the spiritual malady is overcome, we straighten out mentally and physically”

Could it be that the “rescuer, persecutor, victim triangle” has its roots in the spiritual illness described by Bill?

Why is the persecutor addicted to the power they feel when abusing their victims? Could it be that their addiction to power is just compensation for their lack of personal power? Does this powerlessness in the persecutor also have its roots in a poor self-image creating an inner vacuum? I wondered if all three roles are driven by loneliness and neediness described by Bill as “the spiritual malady.” (BB p 64) If that is true, perhaps, the solution to recover from the Karpman triangle is spirituality, more so than psychology.

Through the twelve steps, I experienced the “entire psychic change” that Doctor Silkworth writes about in The Doctor’s opinion. Without this radical transformation, the good doctor writes that there is very little hope that the alcoholic will recover.

“Unless this person can experience an entire psychic change, this is very little hope of his recovery” (BB “The doctor’s opinion” (p xxix 4th edition)

AA’s spiritual program of action helped me to recover from twenty years of active alcoholism. What is also truly amazing is this. The “psychic change” has to a great extent healed my inability to “form a true partnership with another human being”? (12&12 p. 53)  I am now happily sober in AA. The twelve steps have also released me from the “rescuer, persecutor, victim triangle.”