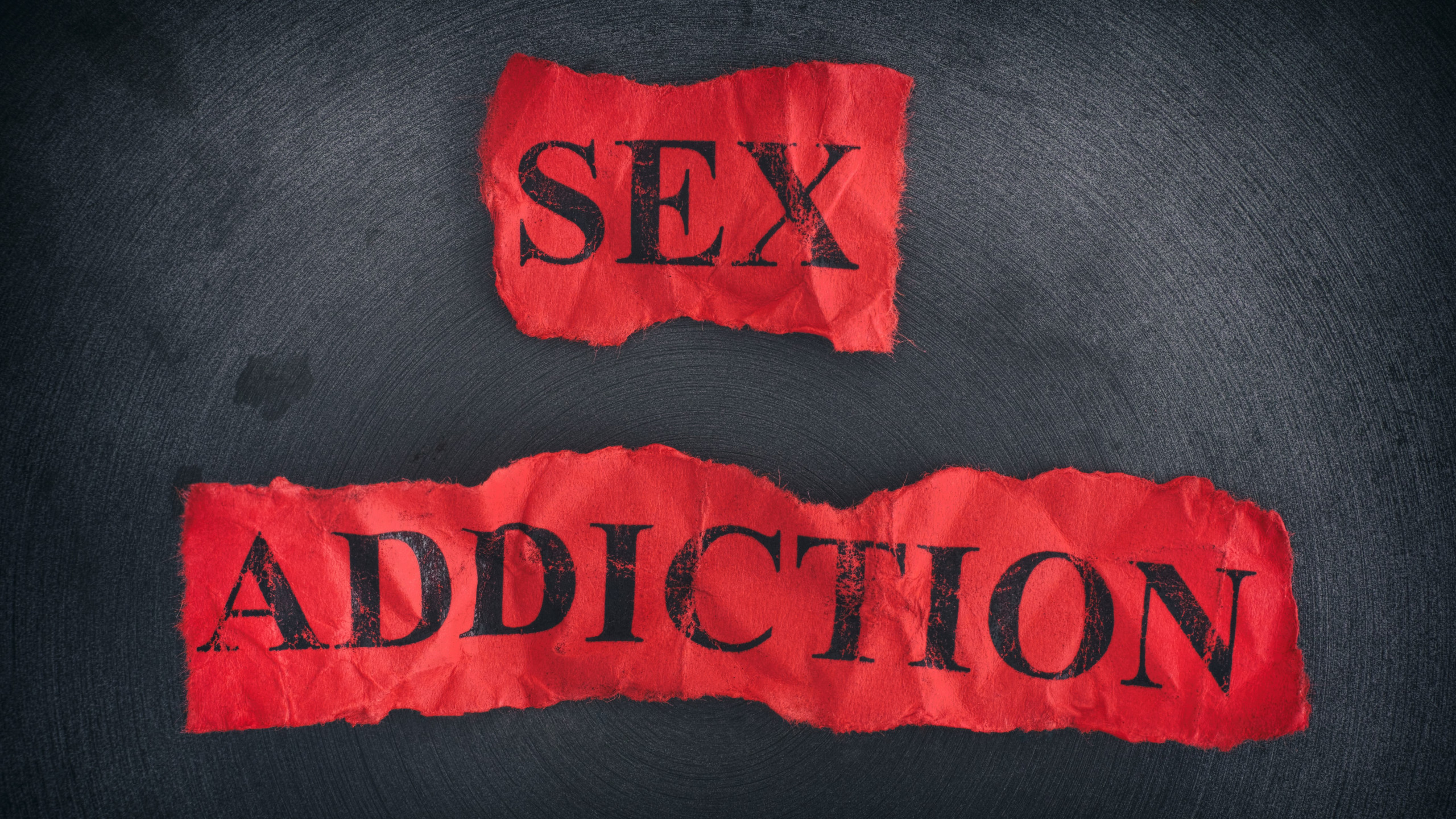 I first got clean and sober in 1984. Members of the 12 step fellowships I attended were all sharing the same thing. It wasn’t solely drugs and alcohol they had problems with. Addiction would affect other areas of their lives.

They talked about struggles with gambling, overeating and bulimia. Then there were those who shared that they were workaholics. Most of them had a problem with shopping. They were spending money they didn’t have and getting into debt. I sat there and listened. “At least I’m in the right place,” I thought. I could identify with them.

My recovery friends were also sharing about their addictive codependent type relationships. What no one appeared to be sharing in meetings were their covert sexual behaviours. Casual sex with multiple partners was a taboo subject. Privately, outside meetings, people would admit to being driven by lust. For many of us it became a serious problem.

Addictions other than alcohol and drugs

Old addictions that began in childhood suddenly resurfaced in recovery. I already had a problem with food by the time I was 8 years old. Addiction to sugar became a problem again.

People were talking about the “pop up syndrome.” No sooner had they dealt with one addiction; than a new addiction would pop up somewhere else. Initially, it was sugar and codependency. Later on in recovery, addiction took me to some pretty dark places.

When I first came into recovery I was married. My wife and I were both addicts and alcoholics. We started to go to meetings together. Despite loving my wife deeply, shortly after getting clean and sober, lust became an issue. It was an overwhelming compulsion. I felt powerless to stop it. Very sadly, this problem eventually ruined our marriage.

I continued to go to meetings after our separation. Being an agnostic, I refused to go through the twelve steps. God and a higher power were mentioned in six of the twelve steps. The God word put me off completely. I went into therapy instead. Soon after we split up, I tried to fix myself with another relationship. So began a long and painful pattern of liaisons with women. They were all clingy, unhealthy and codependent.

After a few years of being on the merry-go-round of dysfunctional relationships, I came to the conclusion that I didn’t have any skills in this area. In therapy, I learned that I was frightened of intimacy, therefore unable to commit. It became increasingly clear that I lacked the capacity to create something meaningful and worthwhile with another person.

After 25 years of trying, I gave up. No steps, no sponsorship, no program. Being convinced that my relationship problems were caused by childhood trauma, I continued in therapy. In all honesty, counselling and therapy were not helpful at all.

A sex tourist in recovery

One day, I overheard a conversation at a meeting. Some of my buddies in recovery were talking about their holiday adventures in Thailand. They were saying what a great time they were having. All they talked about were the girls in the bars and massage parlours. They were saying that sex in Thailand was available and cheap.

With so many years of dismal relationship failures, I became interested in what they were saying. It wasn’t long before I was on my way to Thailand with my fellowship buddies. Overnight, my sexual addiction took off and I was hooked.

A screenshot of recovery after 25 years

I flew out to Thailand every chance I got. Sex addiction quickly spun out of control. Despite remaining clean and sober, I began to get very unwell. Here is an excerpt from my book.

“There is no denying that sex and love addiction was initially exhilarating, seductive and ego-gratifying. However, the long-term consequences were utterly soul-destroying. This aspect of my dis-ease became a serious problem in later sobriety.

As a recovering alcoholic, was I able to stay sober when I was acting out on sex and love addiction? Well, I was certainly able to not pick up that first drink. That being said, I became just as mentally unwell as if I had never put down the alcohol. I ended up in front of a psychiatrist in a very dark and hopeless state of mind. The doctor gave me a prescription for anti-depressants”

‘The twelve steps for agnostics’ – Available on Amazon

Sex addiction for a recovering addict and alcoholic

By this time, I had walked away from therapy. I got a sponsor and worked the steps. After working the program, I started to feel good about myself. I could see nothing wrong with having fun with the girls in Thailand. It wasn’t hurting anyone and it was all good clean fun. The girls were happy, or so I thought. I was like a kid in a candy store. It was all just light-hearted fun.

Very quickly, my life spun out of control and became completely unmanageable. I became very unwell again. As was the case when I first got clean and sober, I was once again, a total mess.

Sexual addiction quickly bought me to my knees. That being said, it was an important learning curve. This experience helped me to see other specific addictions were never really the problem. The real problem was my inner emptiness and loneliness. I became interested in a passage from the AA Big Book. Here is a statement made by Bill Wilson who was one of the founders:

“When the spiritual malady is overcome, we straighten out mentally and physically”

Was it possible that despite not picking up the first drink, I had relapsed back into what Bill called “The spiritual malady”?

Attending my first meeting of SLAA

If I wanted to get well again, I would have to surrender. With the Gift Of Desperation (GOD), I went to SLAA. (Sex and Love Addicts Anonymous). At meetings of SLAA, I took step one and began to follow Good Orderly Direction (GOD) from a sponsor in SLAA. It was humbling but worth it.

I fully conceded to my innermost self that behind all addictions, a spiritual illness was present. Sex addiction was just another symptom. It’s the only thing that made any sense. This was true despite not believing in a traditional idea of God.

I went to my first SLAA meeting in London. There were at least 100 people present. I looked around the meeting and my jaw dropped. I knew most of the people there. They were from other twelve steps fellowships I had attended over the years. So that’s why people were reluctant to talk about this problem at meetings! They were keeping quiet because they were all acting out on sex and love addiction. What a surprise!?

I was warmly greeted by my recovery buddies. What a relief that I wasn’t alone with this. I went back to basics and attended 90 meetings in 90 days, I sat and listened. In some ways, it was a good feeling to be a newcomer again.

Working a program in SLAA

For about 9 months, I worked through the steps again in SLAA. This time I was given an opportunity to reevaluate some of the attitudes I had regarding sex and morality. Sex and love addiction was no different to alcoholism; “cunning, baffling and powerful. Without help it was too much for us” (BB How It Works, p.58/59)

I had convinced myself of the most absurd nonsense to justify these sexual excesses. I learned all I could about sex and love addiction whilst attending SLAA. Eventually, I returned to AA, my spiritual home. The twelve steps work whatever fellowship you are in. They work on all addictions.

It became clear after so many years in recovery, that all of my addictive behaviours were all different symptoms of the same illness; “the spiritual malady” (BB Chapter 5 p.64)

I realized that when Bill spoke about the spiritual illness, he wasn’t only referring to alcohol addiction.

“We are convinced that a spiritual mode of living is a most powerful health restorative” (BB The Family Afterward, p.133)

It began to look as if “a spiritual mode of living”, was the only way forward. I had tried everything else to resolve my issues and they failed. I was finally ready to embrace the spiritual solution. It was a very powerful realization. I warmed to the idea that “when the spiritual malady is overcome we straighten out mentally and physically. (BB p.64) Bill was right!

With regard to my sexual addiction, I came to a very logical conclusion. It is impossible to have a meaningful spiritual awakening, without first undergoing a moral awakening. Do you agree?

In memory of Mathew C and Harry K

This blog is dedicated to two close buddies. Both had been in recovery for many years. They both relapsed and lost their lives. This was a direct result of falling into the snare of sex and love addiction. May they rest in peace.

Tradition six of AA states that: “An AA group ought never endorse, finance or lend the AA name to any related facility or outside enterprise, lest problems of money property and prestige divert us from our primary purpose”