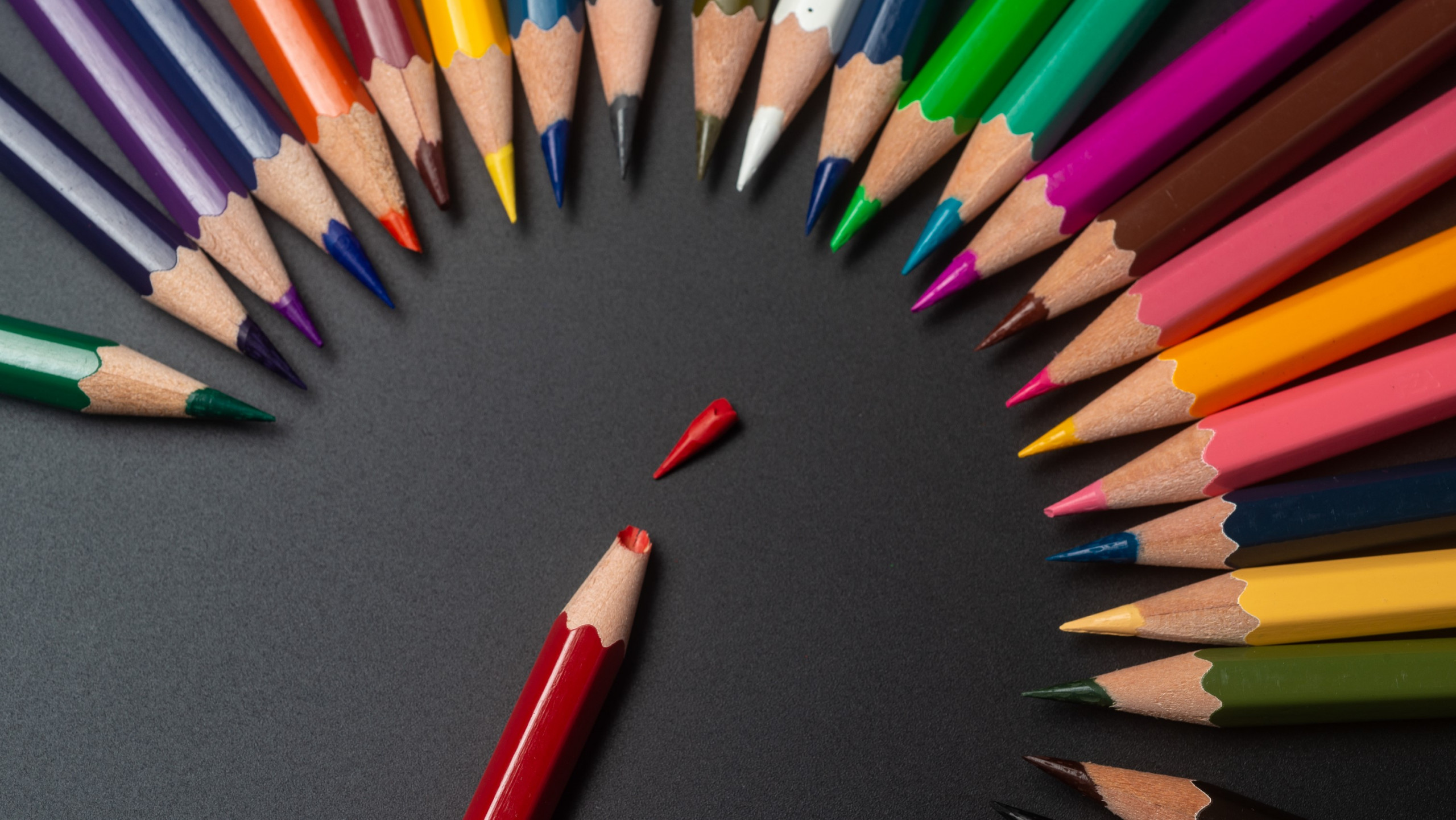 What is sharing at an AA meeting?

Unquestionably, sharing your experience, strength and hope at an AA meeting is considered an important therapeutic tool. It is not only helpful for the person speaking but also for the person listening. Why is sharing considered a fundamental aspect of AA’s effectiveness?

Whenever more senior members speak up, they offer newcomers identification. This reassures them that they are not alone. Often, their families and friends don’t seem to understand them. It is not until they come to AA that they feel accepted.

This identification gives newcomers a sense of connection and belonging. For many, hearing others share is what keeps them coming back. A new hope is born that they too will be able to stop drinking. Perhaps even, to find a solution to all their other problems.

Nowhere else on the face of this planet is an alcoholic likely to hear the kind of honesty that is so necessary to recover from alcoholism. Newcomers quickly realize that many of the experiences they are hearing are strikingly similar to their own.

“Keep his (the newcomers) attention mainly focused on your personal experience” (BB “Working with others” p.92)

What is even more powerful is that new members hear testimonies from people that have found a solution. They listen to AA members share how they overcome serious personal difficulties. Many end up believing; “if they can recover, so can I.” They see and hear the older members enjoying a sober life. Having worked through AA’s suggested program, they have become “happy, joyous and free.” (BB Chapter 9 “The family afterward p.133)

“Alcoholics Anonymous is a fellowship of people who share their experience, strength and hope with each other that they may solve their common problem and help others to recover from alcoholism.”

Across the world, the AA preamble is read out at the beginning of every meeting. It is made very clear that the purpose of sharing is to give newcomers the hope that they too may solve their common problem and help others to recover.

A feeling of hopelessness is what drives many alcoholics to AA. They are powerless to stop drinking. Many arrive in the fellowship with the Gift Of Desperation. (A useful acronym for GOD)  To be unable to stop drinking, despite a heartfelt intention, is a pretty hopeless state of affairs.

“If you are satisfied that he is a real alcoholic, begin to dwell on the hopeless feature of the malady” (BB “Working with others” p.92)

To hear AA members proclaim that they have recovered from a “seemingly hopeless state of mind and body” (BB Forward to the 1st edition p. xiii) is why sharing is so powerful. It is the power of example. This is the main reason why AA is so successful. It offers tangible hope to drinkers. By the time they get to AA, many have lost everything worthwhile in life.

“Doubtless you are curious to discover how and why, in the face of expert opinion, we have recovered from a hopeless condition of mind and body” (BB “There is a solution” p.20)

A division in AA regarding the purpose of sharing

I came to AA thirty seven years ago at the age of 30. My addiction to alcohol and drugs started in my early teens. Soon after my arrival in the fellowship, I noticed that there were two opposing camps in the fellowship. There was conflict on the question of what and how to share at meetings. Unity is one of the three legacies of AA. Conflicting opinions about what sharing should be have led to division.

In the early 1980s, when I was a newcomer, some members were using counselling and therapy as an added recovery resource. At the time, many of us believed that our solution lay in exploring unresolved issues from childhood.

For many, therapy involved an exploration of feelings. The idea was to identify them, feel them, express them and let them go. It was believed that this type of self-disclosure led to healing. For some AA members, this approach to recovery went way beyond opening up in the safe environment of a therapist’s office.

AA groups were frequently used as an extension to therapy. This practice was based on the idea that alcoholics drank to avoid their feelings. Now in sobriety, exploring feelings in meetings was regarded as therapeutic.

As a newcomer, I was very cynical about God and a higher power. As someone who was dismissive about the spiritual approach, psychology and therapy seemed like the only alternative. I was immediately drawn towards the pro-therapy camp in AA.

After coming to AA, I spent many years in therapy trying to resolve my issues. Sponsorship and the twelve steps were not for me. Meetings became like group therapy without a therapist. Those that supported therapy told me that it was important to make myself vulnerable when sharing. Many of us believed that this type of openness was the path to healing and wholeness.

It has to be said, that in my many years of therapy, I was unable to stay sober. I sincerely believed that therapy was the only legitimate way to get well. With this in mind, I didn’t hold back. Much to my detriment, I got into the habit of using AA groups as a place to dump pain and suffering.

With this approach to recovery, did I ever arrive at some cathartic moment of healing? No, the truth was that it didn’t help me to get sober. After I did the steps with a sponsor, I learned a very important thing. Negative sharing in AA was about reinforcing the idea that I was a victim. The victim belief system was the very thing that kept me in relapse.

If I wanted to survive, I would have to stop seeing myself in this way. Actually, I learned that I had to stop dwelling on my problems. My sponsor taught me how to start living in the solution. Initially, my usual ‘doom and gloom’ approach to sharing was a difficult habit to break. It did nothing to improve my fragile self-esteem. On the contrary, I felt even worse acting out the victim role to my fellow AA members.

Things began to change when I asked David B to be my sponsor. He was considered a tough sponsor in the London fellowship. That was fine with me. After years of relapse, I was sick and tired of being sick and tired and was willing to do anything to feel better.

I had to admit that therapy hadn’t worked to keep me sober and find happiness. For the first time in my life, I became teachable. I became willing to do whatever David suggested. David was someone who did not believe in therapy. He didn’t think it was useful if alcoholics were to stay sober and recreate their lives.

He believed that alcoholics were already self-centred enough. Therapy made them worse. In his mind, the pathology of the alcoholic tended towards blame and self-pity. The actions suggested in the twelve steps were the only effective way of treating the alcoholic illness.

David was very clear about what AA members should say in meetings. The purpose of speaking up was to carry a message of hope to the newcomer. He passionately believed that AA meetings were not an appropriate forum for talking about pain. That’s what a sponsor was for.

In trying to educate me about what and how to share, he referred me to the first page of chapter 5 of the Big Book. “How it works” He knew that I had been in therapy and it had made me, even more, self-centred. He made it clear that therapy was unhelpful in the treatment of alcoholism.

“Our stories disclose in a ‘general’ way what we used to be like, what happened and what we are like now” (BB Chapter 5 p. 58)

I gradually learned to see that David was right about what and how to share.

David was a 100% Big Book man. If it wasn’t in the Big Book he wasn’t interested. David was committed to educating his sponsees about the nature of their alcoholism. He believed that selfishness and self-centeredness were the two core symptoms of their alcoholism and their failures in life.

Selfishness – self-centeredness! That, we think, is the root of our troubles” (BB Ch 5 p.62)

This was especially true on the issue of how and what to say in meetings. David maintained that the words of the AA preamble were sacrosanct. The purpose of sharing was to “help others to recover from alcoholism”

I was desperate to keep David as my sponsor. “Running the show” (BB Ch.6 p. 88) of my life always ended in relapse. I surrendered to his guidance unconditionally and agreed to follow Good Orderly Direction. (A helpful acronym for GOD word for unbelievers)

David educated me about the true purpose of an AA group. In his mind, it was to carry a message of recovery to the newcomer. I began to feel much better about myself when I started to consider the needs of the newcomer. I was taught that what kept newcomers coming back, was that the program works if you work it.

I will always be grateful to David for teaching me how to deal with the alcoholic illness. He undoubtedly saved my life. It was however important that I remain true to myself. My own ongoing growth has required that I move on from David’s somewhat rigid AA fundamentalism.

Exceptions to the rule

I have come to believe, there are certain situations in which sharing only for the benefit of newcomers don’t apply. When faced with a crisis, everyone should feel safe enough to share whatever will help them to stay sober. When picking up a drink looks like a good idea, a problem shared is a problem halved. Moreover, vulnerable newcomers should be encouraged to share whatever will help to give them relief from the pains of early sobriety.

Whenever I relapsed, it was important that I admit it to the group. It was important that I swallow my pride and be honest. “We can’t save face and our butts at the same time” (Popular AA slogan) I was never rejected. In AA we don’t shoot our wounded. I always got compassion, empathy and support when I had a relapse.

These days, I can see where David was coming from with his views about what and how to share in AA. That being said, if I was in danger of drinking, I wouldn’t hesitate to share it with my homegroup. On the whole though, these days, I am on the same page as David. The solutions to my difficulties in sobriety are found in the twelve steps.