The alcoholic – An egomaniac with an inferiority complex 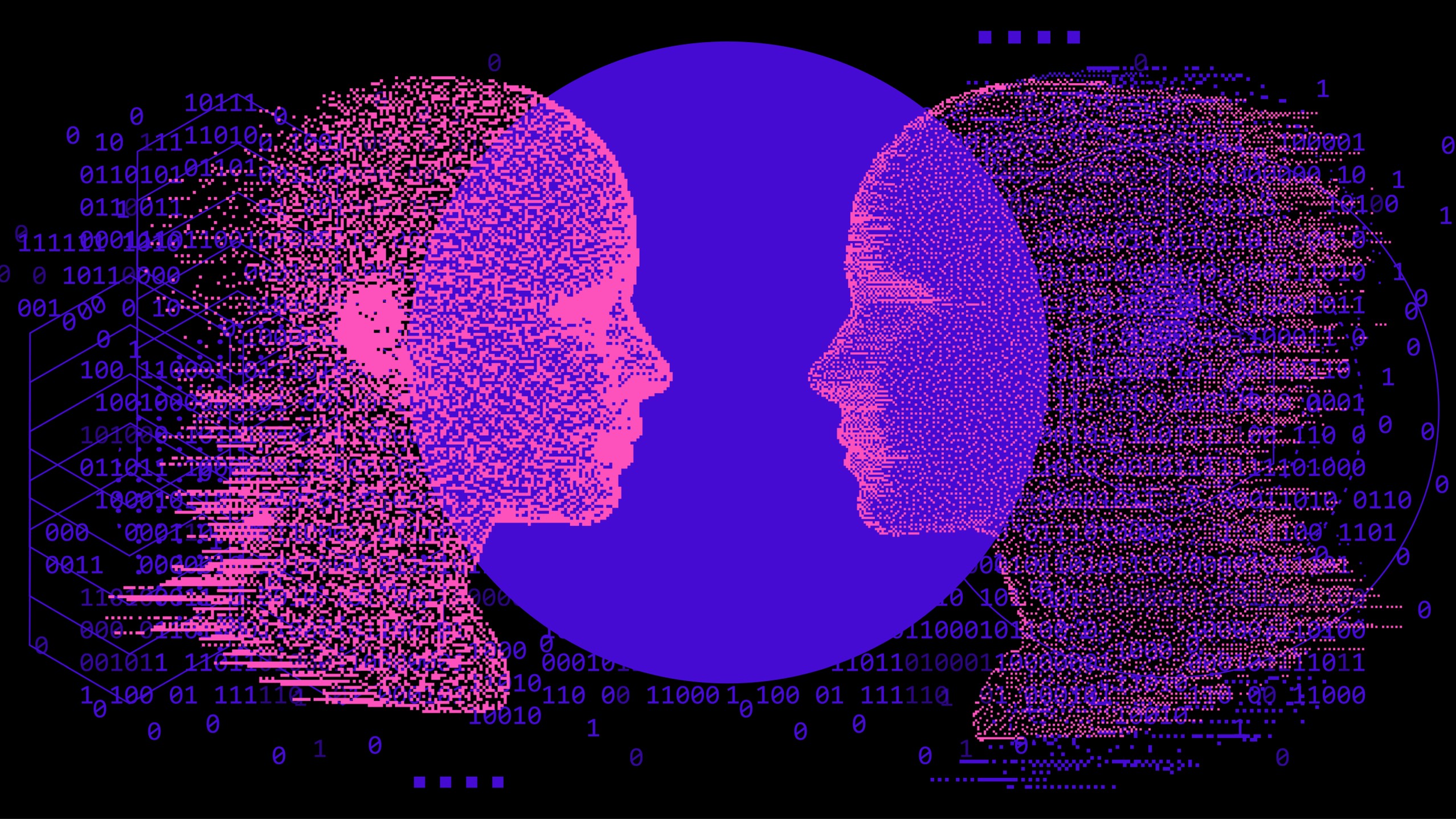 A person with an inflated ego has an exaggerated opinion of themselves. Conversely, someone suffering from an inferiority complex has a low opinion of themselves; two polar opposites. Although it sounded like a contradiction, it had an uncanny feeling of familiarity about it. Could it be describing me?

I left school when I was thirteen. At that age, I already had a problem with alcohol. Within a couple of years, I found myself on the streets, a homeless drunk. Not long after that, I became a consumer of the mental health system. After 17 years of active alcoholism, I arrived in AA. Seeing others recreate their lives gave me the hope that I too could get sober.

From day one, life without alcohol was a challenge. Recovery was all about self-honesty. What did honesty have to do with not drinking? I was in so much denial that I couldn’t make the connection between not drinking and honesty. In meetings, I was told that AA is a simple program for complicated people.

I was arrogant and angry but behind this facade, I was scared to death. Clearly, I was hiding behind the defenses of a strong ego. Let’s face it, being an egomaniac with an inferiority complex makes for a complicated individual. “AA is a simple program for complicated people.” (A popular slogan in AA.)

On the one hand, I was a chronic people-pleaser. I would bend over backwards to be liked and accepted. On the other hand, I believed myself to be an undiscovered genius. Once this was discovered about me, I would get all the attention I craved, and in my mind, never got. I wasn’t the only one who saw myself in this way. As I discovered, the fellowship is full of undiscovered geniuses!

A journey of self-discovery

I knew I would have to resolve the issues of a troubled childhood. A friend at meetings told me that I was my own worst enemy. If I had such a poor relationship with myself, how could I be expected to have a meaningful relationship with anyone else? The AA literature made my situation very clear. “The primary fact that we fail to recognize is our total inability to form a true partnership with another human being”

I read many books about psychology and personal development. What causes some people to develop personality disturbances? In sobriety, my thinking and emotions were so extreme, that I feared I would end up in a psychiatric unit. From as far back as I could remember, I felt different from normal people. I developed a strange idea that I was an alien from another planet.

In early recovery, I suffered from extreme mood swings. On a good day, I had a secret belief that I was the best thing to have ever arrived on planet earth. On a bad day, I felt utterly worthless and struggled with free-floating anxiety and crippling panic attacks. A psychiatrist prescribed medication for anxiety and depression.

The maladapted alcoholic ego versus the authentic self

My head or ‘Radio Andy’ as I came to call it, was frequently in conflict with itself. It was like having two people in one body. One day, it occurred to me that my alcoholism amounted to some kind of inner duality. As I grew in self-awareness, I came to call these two conflicting aspects ‘the maladapted ego’ and ‘the authentic self.’

It wasn’t easy staying sober with so much inner turmoil. I became trapped in the revolving door of relapse. How was I going to find a way to resolve these obvious bedevilments? Rather than surrender to the twelve steps, I decided to go into therapy. In the hands of trained professionals, I had great hopes that psychology would be my salvation.

The hole in the soul

The angry internal conflict between the adapted and true me created a loneliness and emptiness that was hard to bear.  In the AA literature I remember reading: “almost without exception, alcoholics are tortured by loneliness.” (12&12 Step five p.57) I was no exception. Since early adolescence, I had to find a way to medicate these feelings. As a teenager, drinking wasn’t the problem, it was the solution!

The idea that alcoholics had a maladapted ego was fascinating. It occurred to me one day that it was true. The alcoholic ego appears to be a very different animal from the egos of regular folk.

The ego in well-adjusted people

We all have an ego. None of us would survive without one. In societies across the world, a powerful ego is often seen as a virtue. It enables people to get ahead and become successful. A strong ego creates leaders. It helps people climb the corporate ladder of success.

The maladapted ego within me wasn’t creating anything worthwhile; quite the opposite in fact! Once I crossed the invisible line into alcoholism, it turned against me like a boomerang. By the time I was thirteen, self-punishing thinking (ego) had taken me over completely. The self-destructive nature of my alcoholism was like drinking the poison myself that I intended for all those people that I resented

The insanity of the alcoholic illness

Blame and resentment made me act out in ways that ensured that I would eventually destroy myself with alcohol. My thinking and behaviour were completely insane

I was unable to take one shred of responsibility for my life and what I had created. The dishonesty of this kind of thinking continued to make life unmanageable. My maladapted alcoholic ego became highly accomplished at convincing me that I was right in the way I viewed my history. Everyone else was wrong. My primary caregivers needed to atone for the harm that I blamed them for!

It’s not a coincidence that when Bill W wrote the Big Book and The Twelve Steps and Twelve Traditions, the term insanity, and all its different variations is used 18 times. Sanity, sanely and sane is used a staggering 25 times!

Step two of the Twelve steps clearly suggests that before we complete the first nine steps, we cannot yet describe ourselves as sane.

As a 45-year-old man, going around blaming everyone for my alcoholism and unhappiness, could surely be described as a type of insanity

On completion of the first nine steps, Bill makes the following statement:

“For by this time, sanity will have returned”

Blame – An end game for alcoholics

Blame and resentment “may be the dubious luxury of normal men, but for alcoholics, these things are poison.”

The Big Book goes on to make another very powerful statement. When describing the fourth step inventory process in chapter five, Bill literally saved my life with the next sentence. It was a completely new way of looking at life. For the first time, I acknowledged that it was me that was the problem and not anyone else.

“Referring to our list again, putting out of our minds the wrongs others had done, we resolutely looked for our own mistakes”

Bill’s method of tackling step four began to dismantle the egomania that fuelled the belief that I was a victim of other people’s harm against me. Resentment kept it alive.

“Resentment is the “number one” offender. It destroys more alcoholics than anything else”

The miracle of the twelve steps

Where everything else failed, the twelve steps resurrected me from the living death of untreated alcoholism. Steps four and five helped me to let go of the resentments that were destroying me. It was my reaction to life that was the problem and not what other people had done. Step six introduced me to the things in my character that created the terrible duality, often described in AA as “an egomaniac with low self-esteem”. In step seven, through daily surrender, I am learning how to reduce the destructive nature of my ego-driven defects of character.

Step eight gifted me with the willingness to make amends to the people I had harmed. The process of asking to be forgiven was very healing. In return, I received the gift of self-respect. After completing the first nine steps, I came to know “a new freedom and a new happiness.” (1st promise BB p 83)

As an agnostic in recovery, I experienced a non-God-centered spiritual awakening. By trying to carry the message to the alcoholic that still suffers, life has been filled with meaning and purpose. The journey of the twelve steps has been as simple as trusting the program and learning to take my own inventory and not everyone else’s. To the best of my ability, I try to help others.

It works when I work it! The twelve steps have reduced my ego and given me a sense of my own worth What a priceless gift!