The Challenges of Twelve Step Recovery for Agnostic Alcoholics 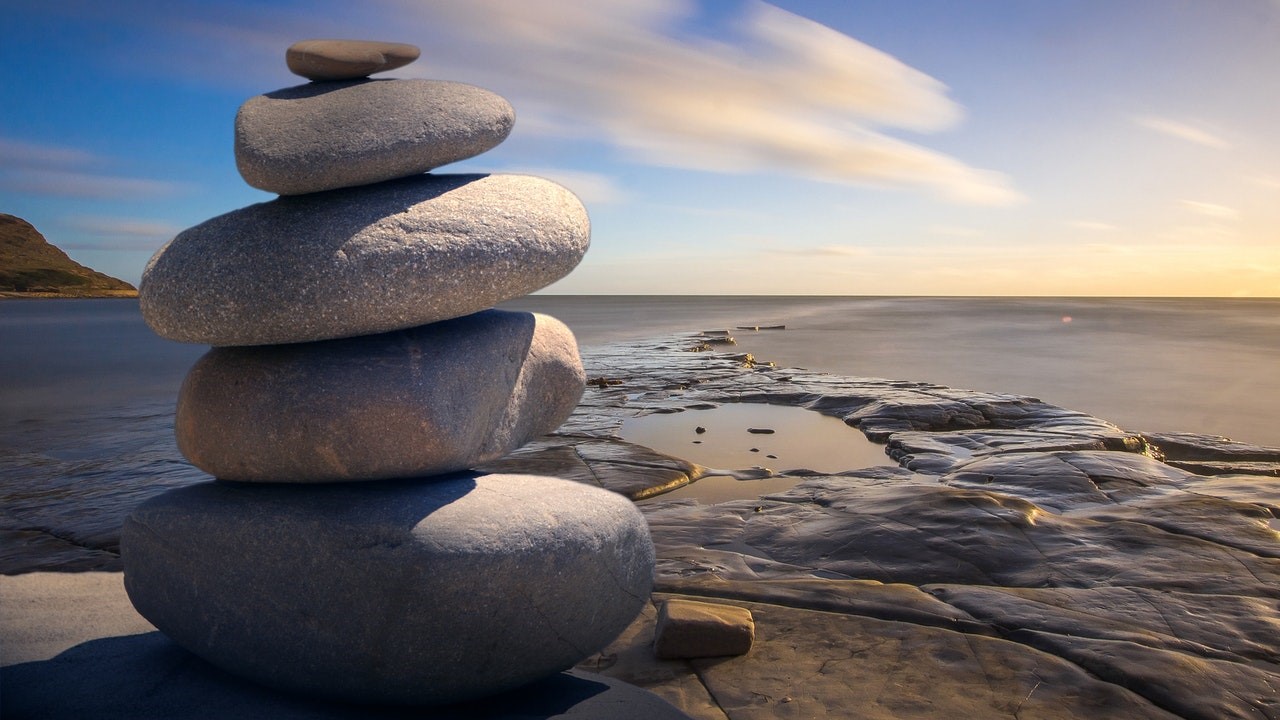 Going to my first AA meeting at the age of thirty was the best thing that I ever did. I loved the fellowship from my very first meeting. I was someone who lived on the margins of society; alone and isolated by years of drinking. I suddenly found myself in a community of people that were just like me. They were sharing openly in meetings, about how I felt all my life. I had finally found my tribe. For me, coming to AA was a homecoming.

I was raised in foster care and never had a sense of family that I could call my own. Almost overnight, my fellow recovering alcoholics became the family that I never had. In this blog, I will offer reasons why I was unable to believe in God. Why I felt unable to do the steps? What were the higher powers that eventually worked for me?

A newcomer to AA

After my arrival in the fellowship, I started to go to meetings every day; sometimes twice a day. It was suggested that I get into the middle of the AA bed. That’s exactly what I did. When I first got sober, my life was very chaotic and unmanageable. I was completely unemployable for my first four years in recovery. With all that spare time on my hands, I was able to go to plenty of meetings.

It took a while for the alcoholic fog to clear. When it did, I began to notice things in AA that I hadn’t seen before. Most of my fellow members had sponsors and were working a program. I didn’t know what the expression “working the program” even meant. It had me bewildered for a long time. I genuinely believed that recovery was just about not drinking and going to meetings.

An agnostic reaction to the 12 steps

I began to take notice of what was written on the scrolls of AA meetings. One scroll had the 12 steps in bold print and the other had the 12 traditions. I began to read through the twelve steps. After I read steps two and three, my heart sank and my feeling of hope with it. The second step mentions a higher power and the third step mentions God. I suddenly wondered if AA was the right place for me after all?

“What did a higher power or God have to do with not drinking,” I thought? To me, that sounded ridiculous and left me feeling totally bewildered. I had rejected the idea of God in childhood and wanted nothing to do with religion. The very mention of these things would make me * “bristle with antagonism”! (Big Book Chapter 4 “We agnostics” p.60 First Edition)

Why I became an agnostic?

I was placed in foster care when I was still a baby. My mother was forced into this situation because she was single and had to work. In those days there were no welfare benefits for single mothers. I explain more about my childhood in my book “The 12 steps for agnostics.” My foster mother was an ardent church-going Catholic. She put her faith in God at the very centre of her life.

She doted on my foster brother who in her eyes could do no wrong. To me, she was cold and indifferent. Sadly, she was also physically as well as emotionally abusive. I was constantly shamed and put down. I was frequently told that I would never amount to anything. My foster brother, on the other hand, was the family hero.

By the time I reached nine years old, I wanted nothing to do with God. If his followers were anything like my foster mother, then God definitely wasn’t for me! When my mother put me into care, I experienced this as abandonment. Although she had valid reasons for placing me with a foster family, I didn’t understand this as a child. I took the abandonment very personally. As I grew a bit older, I began to project those feelings of abandonment onto the childlike idea I had about God too. If my mother abandoned me, then as far as I was concerned, God had abandoned me too. If he was real, he would not have allowed this to happen.

When I was about nine or ten, my mother took me away from my foster mother and placed me in a boarding school for boys. Coming from a Polish background, the school she placed me in was Catholic. It was run by an order of Polish priests. The religious education we received at that school was extreme; as were the religious observances we had to follow every day.

We had to attend mass every morning and benediction every evening. Three times a day before mealtimes, we would all gather in the assembly hall and were led through a prayer known as ‘The Angelus’. Weekly catechism classes were also compulsory, as were frequent sessions of the rosary.

The whole school would regularly have to walk the Stations of the Cross, praying as we went. Not attending these religious rituals was met with instant punishment. We were sometimes beaten by the priests if we disobeyed the rules of the school.

In the meantime, my mother became an alcoholic. Whenever I came home from school during the holidays, she would be too drunk to communicate with me. After my Mum started drinking, there was very little connection left between us. By the time I was thirteen, I was so full of rage and pain that I followed my Mothers example. I too became an alcoholic and addict. They say that alcoholism is a lonely disease and it certainly was for me as a teenager. My father had died when I was still a baby. I had no sense of care or nurture from my absent parents. As far as God was concerned, he did not exist and religion was complete nonsense.

Inability to work the steps as a non-believer

The thing that added insult to injury, was that the God word was mentioned in six more of the twelve steps. These steps were definitely not for me. I decided to go into therapy to resolve the traumas of my childhood in therapists consulting rooms. I was completely unable to surrender my will and life to the program and certainly not to any God!

Therapy instead of the 12 steps

I continued going to meetings and therapy for over a decade. Even after several years in AA, I still found sobriety very challenging. Over the next thirteen years in AA, I was unable to stay sober. I had dry periods from alcohol but the madness in my head was too much to bear. My mind was so tortured with pain and resentment, that I was condemned to keep picking up that first drink again and again. After thirteen years on this merry-go-round of relapse, I developed quite a serious death wish. I no longer cared whether I lived or died. Sobriety was too painful.

Following my last relapse, I found myself asking a man known as David B for sponsorship. He was quite a notorious figure in the London fellowship. He had a reputation for tough sponsorship and a very fundamentalist approach to recovery. In a last desperate attempt to save my life, I asked him to help me. I mention David B frequently in my book “The twelve steps for agnostics.”

He was certainly a controversial character. David was an ex-captain from the Britsh army. His style of sponsorship was like ‘basic training’ in recovery from alcoholism!. Being honest, he was probably what I needed at the time. I told him that I didn’t believe in God. Despite being a practising Catholic himself, he did something which probably saved my life.

Acronyms for GOD: – Good Orderly Direction, Group Of Drunks and Gift Of Desperation

He told me to open the AA book known as “The twelve steps and twelve traditions.” I had to open it on page 27 in the chapter on step two. He told me to read what it said there. Towards the bottom of the page, there in black and white is the following statement. “You can if you wish, make AA itself your higher power” (12 x 12 Step two p. 27) “Are you ready to follow Good Orderly Direction,” he said? I had what David liked to call “The Gift Of Desperation.” I was at the point in my life where if he said “jump,” I would ask “how high”!

The solutions for an agnostic alcoholic

I was to turn my will and life over in step three to Good Orderly Direction. The directions I received, were in the suggestions that David gave me. He let me know, that another effective higher power that I could rely on was the Group Of Drunks in AA. From that moment forward, I was able to use AA as my higher power. As I continued to work through the steps with David, I began to form my own practical conceptions of powers greater than me.

It dawned on me, that any suggested action I was being asked to take was a new idea. This was totally opposite to my “old ideas.” (See footnote) I could no longer deny, that my old ideas condemned me to keep relapsing. I conceded that the new ideas I was learning from David were definitely powers greater than me.

I had thirteen years of evidence in AA to show me where my “old ideas” would lead. They failed miserably in every area of my life. My very best thinking would always end with me picking up that first drink. All I had to do was to remain teachable to new ideas.

Effective powers greater than me

When I was with David, I realized that the higher powers that were keeping me sober were:

These higher powers enabled me to do the steps and they helped me to let go of my past. They guided me towards healing, forgiveness and self-forgiveness. As I see it, the complete “psychic change” (Big Book “The doctor’s opinion” p. XX1X) that I experienced, amounted to a spiritual awakening. The steps completely transformed me as a person and my outlook on life.

This psychic change has not been dependent on a God- awakening. Step twelve in the literature does not mention God. Therefore, a non-God-centered spiritual awakening happened to me after going through the first nine steps. I remain open-minded about the question of God. In the meantime, I continue to see myself as a spiritual seeker.

Just for today, I am happy and enjoying my sobriety. For the first time in my life, I have found love and peace of mind. I have experienced the joy of helping others in the fellowship. Some of them feel just as hopeless as I was for so many years. There are many practical and effective higher powers to choose from in the life-saving fellowship of Alcoholics Anonymous.

They are the new ideas I continue to learn from my step work and whenever I go to a meeting. I am very grateful for the precious gift of sobriety and even more grateful that I didn’t quit before the miracle of recovery was mine too. All of my agnostic friendly sponsors showed me a way of going through the steps without having to worry about the God word. Do you have any helpful conceptions of practical higher powers that are helping you to stay happily sober?