The Difference Between Being Dry and Sober in AA 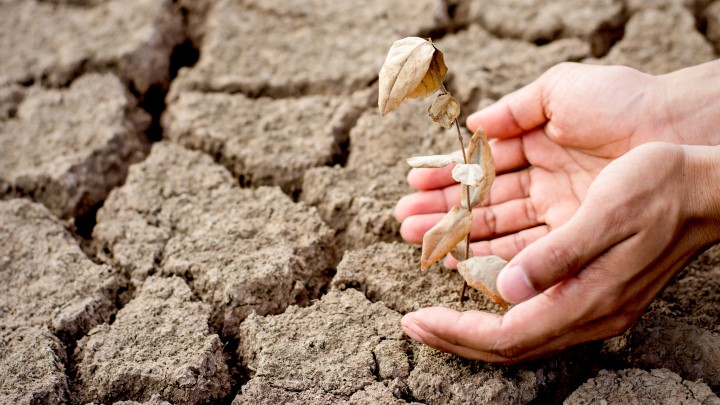 When I first arrived in AA, it took quite a while for the alcoholic fog to clear. During that time, I was unable to take in any new information.  One day, I heard a new expression. It sounded like a complete contradiction.

People were describing a phenomenon that they were calling ‘the dry drunk’. How can you be dry and drunk at the same time? Years later, I heard another definition for the dry drunk: untreated alcoholism. That was just as confusing. How could my alcoholism be untreated if I were no longer drinking?

Was I on a dry drunk?

My initial understanding of the dry drunk syndrome was extremely limited. I concluded that it was describing the same type of behaviour as a drinking alcoholic. The only difference, I imagined, was that in the “dry drunk”, alcohol is no longer involved.

Until I got serious about the twelve steps, my behavior as a dry alcoholic was just as harmful as it was when I was drinking. Not only harmful to others but also to myself. In many ways, it was worse. I could no longer depend on the sedating effects of alcohol, so my reaction to life was even more volatile and unpredictable.

This was most apparent in my closest relationships. I was frequently angry and abusive. I thought only of myself, believing that my point of view was the only right one. “Selfishness” * and “self-centeredness” * (Big Book – Chapter Five – “How it works”, p. 74, First Edition) ruled my life. In fact, these two defects of character had a negative impact on all of my relationships.

An addiction to control

These fears and insecurities fueled my behavior as a dry drunk. They turned me into a bully and a control freak. I relied on manipulation rather than honest communication. The more I tried to control others, the more they “resisted or ran away”. (12 & 12, Step Twelve, p.115)

Finally, I had no alternative but to accept the undeniable reality of my alcoholism. The harder I tried to manage my own life as well as other people’s, the more unmanageable it became. The following statement from the Big Book became my mantra if I were to expect any serenity:

“We constantly remind ourselves, we are no longer running the show” *

It wasn’t long before I pushed away the very people that I supposedly loved. In the end, I found myself isolated and lonely as a dry alcoholic in AA.

“Almost without exception, alcoholics are tortured by loneliness”

Denial is not a river in Egypt

Was it possible that I was on a dry drunk? I remember this thought crossing my mind, but I rejected it. At the time, denial was the easier, softer way. My lifelong pattern was to stay in denial rather than admit that I was the problem and do something about it.

My behavior in recovery had all the signs of how other members were describing the dry drunk. True to form, I blamed others for problems that I was creating. When that stopped working, it was easier to blame my childhood for the dysfunctional behaviors that I was acting out on others.

“Where other people were concerned, we had to drop the word ‘blame’ from our speech and thought.”

In early recovery, most of my relationships would break down sooner or later. Whenever I got close to someone, I became very demanding. I pushed people away because of my unreasonable expectations. Alternatively, I would become too needy. I would adopt a passive-submissive position for fear of abandonment.

“Either we insist upon dominating the people we know, or we depend upon them far too much”

“If we lean too heavily on people they will sooner or later fail us, for they are human too and cannot possibly meet our incessant demands. In this way our insecurity grows and festers”

Was this my dry drunk? Were these behaviors symptoms of my untreated alcoholism? Looking back, the literature, which I frequently studied, offered me a precise description of my dry drunk.

Before I began to treat my alcoholism with the steps, I certainly suffered from a “total inability to form a true partnership with another human being” (12 & 12, Step four – p.53).

For many alcoholics, the symptoms of untreated alcoholism are most apparent in their relationships with others. With regard to my own dry drunk, this was certainly the main aspect of my illness.

In AA, alcoholism is frequently referred to as ‘the disease of perception.’ The way that I saw myself was severely distorted by the maladapted alcoholic ego. When I came into recovery, I had little or no self-esteem.

There was no relationship with myself or any positive power greater than me. That positive higher power eventually became Good Orderly Direction: a useful acronym for GOD.

If I had no relationship with myself, how could I develop positive relationships with anyone else? After a lifetime of self-destructive drinking, I had poor boundaries and few social skills.

The most accurate way of sharing the symptoms of my dry drunk is by referring to the eight bedevilments. They can be found on page 52 of the 4th edition of The Big Book. I reprint them here from the First Edition for reasons that I explain at the end of this blog. They are a perfect description of my untreated alcoholism:

“We had to ask ourselves why we shouldn’t apply to our human problems this same readiness to change our point of view.

…. was not a basic solution to these bedevilments more important than whether we should see newsreels of lunar flight? Of Course, it was.” *

The diagnostic criteria of untreated alcoholism

The eight bedevilments are presented as the symptoms of alcoholism. They may be described as the diagnostic criteria of the illness. It is quite remarkable how every alcoholic I have ever spoken to suffers from these bedevilments to a greater or lesser extent.

For medical science to identify and name a new illness, certain conditions need to be in place. The same or markedly similar symptoms need to be present in everyone afflicted with it.

The eight bedevilments may well suggest that alcoholics are all suffering from a common illness.

Bill Wilson went even further and called it a spiritual illness.

“When the spiritual malady is overcome, we straighten out mentally and physically” *

I had no problem admitting that I suffered from poor mental health. Emotionally, I was very unstable. As an agnostic, to suggest that I was spiritually unwell was not an easy idea to accept.

The twelve steps: treatment for the dry drunk

AA presents the twelve steps as a treatment for alcoholism. They are presented as a mechanism for spiritual healing and transformation. What came as a complete surprise was that the steps did for me what no talking therapy ever managed to achieve. It is only logical to assume that if the steps, which are presented as spiritual tools, were able to transform my life, I must have been spiritually ill.

The suggested program gradually helped to free me from the eight bedevilments. Undeniably, they were paralyzing my life as a dry alcoholic and making it completely unmanageable.

Some food for thought

Is there any identification with the eight bedevilments? Could it be possible that they are describing the symptoms of untreated alcoholism? Is alcoholism a disease that only responds to a spiritual solution?

*All quotations used in this blog marked with an asterisk are from the First Edition of the Big Book, which is now in the public domain.