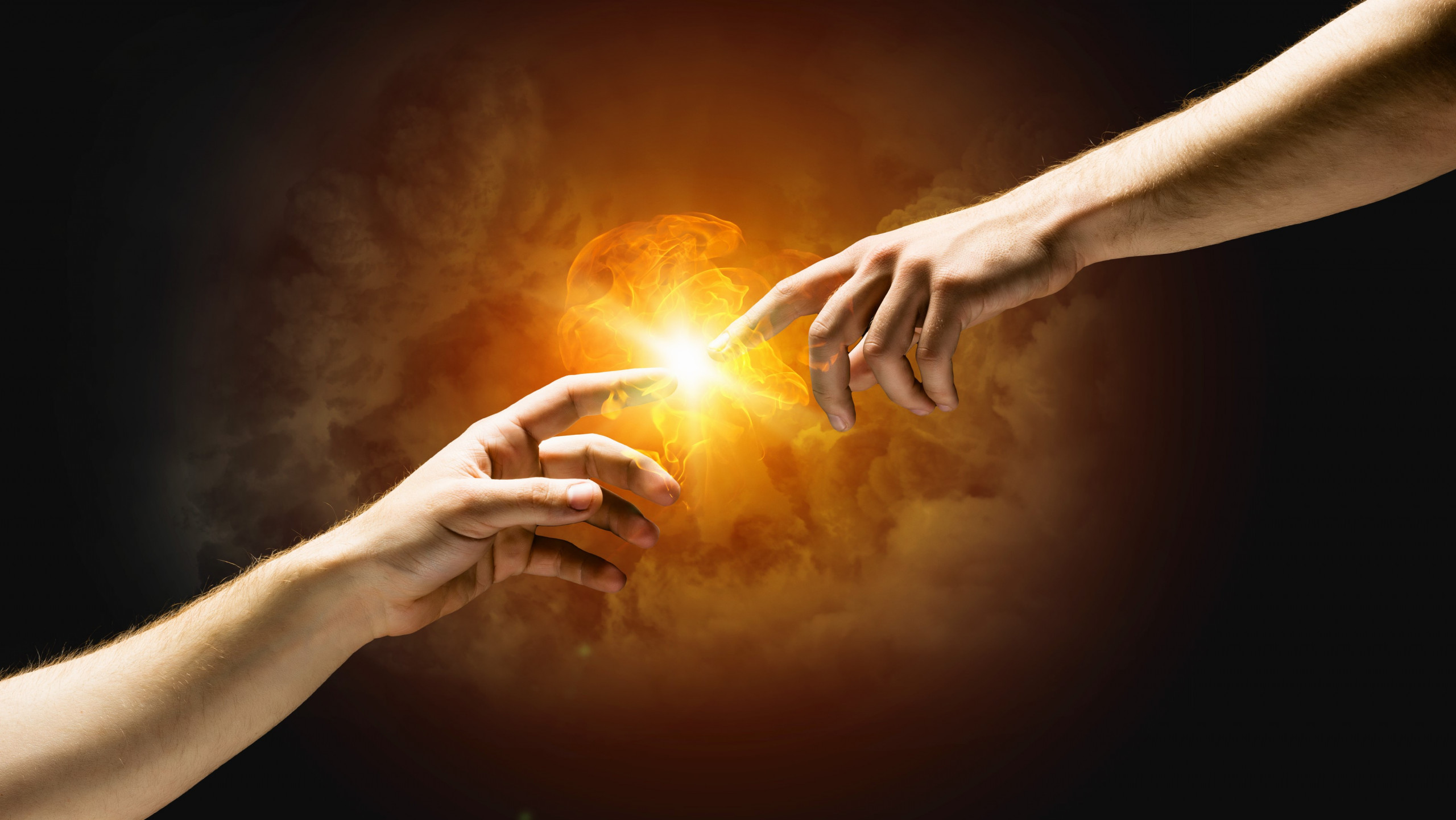 An agnostic in AA

It is important to point out that the content of this blog is my own subjective opinion. Regarding the history of agnostics in AA, it is a point of view that may not necessarily be shared. The truth is that AA abounds with atheists, agnostics and freethinkers. Their approach to recovery from alcoholism is often as diverse as their opinions.

Of course, everyone is entitled to have their own perspective. Some agnostics see certain events from AA’s history as being significant. Others believe that little or no progress has been made regarding the unconditional acceptance of non-believers into the fellowship. Considering the ‘God’ word is used in half of the 12 steps, there have been conflicting opinions regarding ways in which AA has adapted to meet the needs of unbelievers.

The good news is that however agnostics view their place in the fellowship, many are successfully staying sober. As an alcoholic that doesn’t accept a divine deity, I have studied the history of agnostics in AA. I have come to my own understanding regarding the assimilation of non-believers into the fellowship.

The fact remains that the twelve steps, use God as the very centre of their therapeutic efficacy. What then has been the experience of those that cannot use the God word as a helpful recovery tool? Past experience has shown that many people, both in and out of the fellowship, still view AA as a quasi-religion.

The fellowship came into existence on June 10th 1935. This was the day that Dr Bob took his last drink. It is regarded as the founding date of Alcoholics Anonymous. It has to be acknowledged that the early members were very influenced by their involvement in the Oxford groups.* This in turn was influenced by Bill’s personal encounter with God at the Towns Hospital. (Dec 1934)

The Oxford Group* was a Christian organization founded by the American Christian missionary Frank Buchman. Buchman believed that the root of all problems was the personal problems of fear and selfishness. Further, Buchman believed that the solution to living with fear and selfishness was to surrender one’s life over to God’s plan. In 1938, Buchman proclaimed a need for “moral re-armament” and that phrase became the movement’s new name. Buchman headed MRA for 23 years until his death in 1961. In 2001 the movement was renamed Initiatives of Change. The co-founders of Alcoholics Anonymous met through the Oxford Group and codified several of its tenets into AA, the first twelve-step program (Wikipedia).

The first and most important event regarding the history of agnostics in AA occurred in January 1938. Into the fledgling, fellowship arrives Jim Burwell. Following several months of relapse, Jim’s last drink was on the 15th of June 1938. He remained sober until his death on September 8th 1974

Jim was AA’s first atheist. Known also as Jimmy B or Ed the atheist, he was unhappy with the religious emphasis regarding recovery from alcoholism. Who can blame him? The God word and higher power are mentioned in six of the twelve steps. Jim loved AA from the beginning but like me, he was unable to accept any divine deity as a condition for recovery. He believed that the fellowship would only flourish if it was adapted to welcome all alcoholics despite their religious orientation.

Following much-heated debate and negotiation, Bill Wilson and the early members agreed to several changes to the literature proposed by Jim Burwell.

He was instrumental in initiating two key changes in the twelve steps.

In their original form, steps three and eleven found on p.59 of the Big Book both require a direct relationship with God.

Step Three: “Made a decision to turn our will and our lives over to the care of God”

Step eleven: “Sought through prayer and meditation to improve our conscious contact with God, praying only for knowledge of His will for us and the power to carry that out”

Thanks to Jim, the qualification “As we understood Him” was included in both of these steps

Step three. “Made a decision to turn our will and our lives over to the care of God (as we understood Him)”

Step eleven. “Sought through prayer and meditation to improve our conscious contact with God (as we understood Him) praying only for knowledge of His will for us and the power to carry that out”

“Wilson hardly exaggerates when he notes that “God as we understood him” is perhaps the most important expression to be found in A.A.’s lexicon. That short phrase has made membership in AA possible for millions of people who otherwise would have never been able to cross over its threshold into sobriety”

Jim is also credited with the inclusion of tradition three into AA’s twelve traditions:

Jim was instrumental in making yet another change to the Big Book. The word “suggested” was included in chapter 5 “How it works.” This word made the twelve steps more open to individual choice and personal interpretation.

“Here are the steps we took, which are “suggested” as a program of recovery” (BB p.59)

“There is no question that Bill came very much to appreciate the contribution of Jim Burwell and the other atheists and agnostics in early AA. As he put it “they had widened our gateway so that all who suffer might pass through, regardless of their belief or lack of belief.”

There is no question in my mind that as an agnostic, in all likelihood, I would not be alive today were it not for Jim Burwell. I was completely unable to surrender to the 12 steps in the way that they are presented in the Big Book. I had to seek an agnostic interpretation. In a very clear and tangible way, Jim made the AA program accessible and welcoming to all members identifying as non-believers. I will always be very grateful to Jim for his enormous contribution. He made AA more inclusive creating a stronger sense of unity between the believers and unbelievers.

In my mind, the second most important event in the history of agnostics occurred in May 2017. This was when the “literature committee” of AA, in collaboration with the “General Service conference,” approved the publication of a new pamphlet. It is called – The “God” word. Its purpose is to welcome atheists, agnostics and freethinkers into the fellowship. To reassure newcomers that AA is not a religious organization. You will also find 10 short stories. These stories explain how agnostic members were able to find their own interpretation of a non-divine concept of a higher power. They explain how this higher power helped them to get sober and recreate their lives.  You can read the pamphlet by clicking the above link.

A free PDF copy of the pamphlet can be downloaded from the AA website:

This has clearly been a landmark event for agnostics, atheists and freethinkers. Before the publication of this pamphlet, alcoholics that didn’t believe in a deity would give the program their best shot. On seeing frequent references to God, many of them walked right back out again.

This pamphlet is the work of a group in London, UK. It is known as the Thursday Islington Agnostic, Atheist and Freethinkers group. Much hard work and negotiations with AA’s “literature committee” was necessary. In May 2017 the Thursday group succeeded in getting the pamphlet published.

Why is this piece of AA literature so important? Alcoholics Anonymous has a reputation for being very traditional. Perhaps by remaining inflexible to change, the General Service Office believes that AA’s long-term survival is assured. Many atheists, agnostics and freethinkers in the fellowship strongly feel that the fellowship has to move with the times. It has “to change and adapt to the huge social changes, demographics and expectations of the 21st century.” (Islington AA&F group)

For the AA conference to approve the “God” word pamphlet is an unprecedented event in the history of unbelievers in the fellowship. On a personal note, I would like to express my heartfelt gratitude to the Islington AA&F group for initiating the creation of this literature. I wonder how many non-believers have come to AA and saved their lives after reading this pamphlet.

The fellowship’s long-term security and survival

Perhaps the General Service Office of AA realizes that if it is to grow and flourish, it has to adapt. More and more alcoholics are coming to AA without believing in God. Its long-term survival must now depend on letting go of its former rigid and conservative traditionalism.

Could it be that AA is finally becoming more spiritually mature? The publication and approval of this pamphlet should once and for all dispel any misconception that AA is a quasi-religion. Despite the use of the God word, the fellowship has never resembled a religion in the dictionary understanding of that word.

Personally, I was overjoyed with the publication of the “God” word pamphlet. It was further validation that Alcoholics Anonymous is indeed a spiritual, not religious program. For many of us identifying as atheists, agnostics and freethinkers, its publication is a most welcome and heartwarming event in the history of agnostics in AA.