The Promises of AA 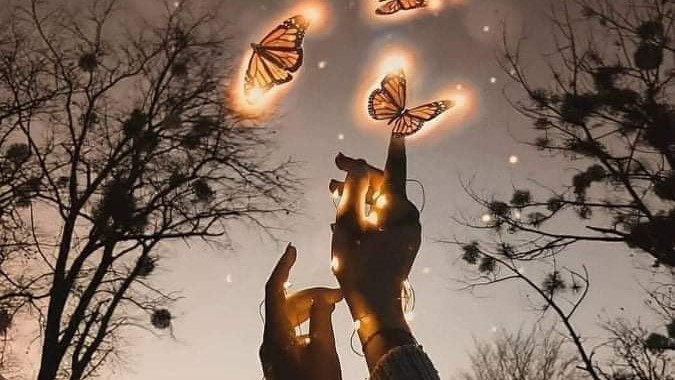 What are the 12 promises of AA?

The number 12 keeps coming up again and again in Alcoholics Anonymous. I have often wondered if twelve has any significance in numerology. Actually, it does.

Perhaps it is no coincidence that the number12 appears so frequently in our AA language. It is a number that has been connected to spiritual power “since antiquity.” 12 also appears frequently in religions such as Hinduism and Islam; as well as Greek and Norse mythology. Interestingly enough, it is a mystical number that also occurs in Biblical texts. In the Old as well as the New Testament.

The twelve promises are offered as the fruit of working through the twelve steps. When read carefully, they fill newcomers with enthusiasm and eagerness. Hope is born, that they too will experience the transformative power of the AA program.

The twelve promises can be found in Chapter 6 of the basic recovery text of AA. The book is called Alcoholics Anonymous and is affectionately known as The ‘Big Book.’ The promises are found on pages 83 and 84. Bill offers them just after describing how to make our ninth step amends.

After the twelve promises, Bill makes a very powerful statement. He tells us that the result of working through the first nine steps facilitates recovery from alcoholism. He makes the following statement:

“For by this time sanity will have returned”

What does Bill mean by sanity?

The question of what Bill means by the word sanity is open to personal interpretation. When, as a newcomer, I was first introduced to this word, it certainly got my attention. Its opposite, insanity, struck me as a strong word to be associated with alcoholism.

I assumed that the insanity that Bill was referring to was related to our complete inability to stop drinking. This wasn’t difficult to accept. I continued to drink and take drugs despite the prospect of imminent death. Without a doubt, that could be described as insane!

The longer I stayed in AA, the more I realized that my insanity extended way beyond my powerlessness over alcohol. Bill described the pathology of alcoholics, beautifully in Chapter 4 “We agnostics.” On page 52, he presents the reader with the eight bedevilments.

The passage begins with: “We had to ask ourselves”…. When I first read them, I couldn’t deny that they were a perfect description of my personality. They were true for me whether I was drinking or not.

The root meaning of Sanity

The word sanity comes from the Latin root “Sanos” meaning health. Therefore, insanity suggests a lack of health. Besides our powerlessness over alcohol, the eight bedevilments were a clear example of an unhealthy person. Could they be alluding to a type of insanity? This was certainly Bill’s interpretation.

I wondered if the twelve promises could ever materialize for a low bottom drunk like me. Besides being an alcoholic, my mental health was very fragile when I was a newcomer. Unquestionably, I suffered from “Grave emotional and mental disorders” (BB P. 58). The eight bedevilments were a very accurate way of describing what I was like as a newcomer.

The twelve promises are offered in chapter six of the Big Book. Bill presents them as the healing that we receive after working through the first nine steps. They describe recovery from untreated alcoholism. They offer great hope that the promises will materialise for all of us. All we have to do is keep coming back to meetings and work the program with our sponsors.

Are these extravagant promises? We think not. They are being fulfilled among us – sometimes quickly and sometimes slowly. They will always materialize if we work for them.

Early thoughts about the 12 promises

After putting down the alcohol, it quickly became apparent that I had co-existing mental health issues. I had to seek outside help from a psychiatrist. He prescribed medication to help me cope with early sobriety. I remember listening to the promises being read out after meetings. They seemed like an impossible dream for someone with severe depression and anxiety.

The truth was that until I was ready to do the steps; I suffered from what is known in AA as a “dry drunk”. In my book, “The twelve steps for agnostics” I have called the symptoms of untreated alcoholism, the twelve miseries. They are pretty much the polar opposite of the twelve promises.

The twelfth promise for an agnostic

When I got the Gift Of Desperation, (an acronym for GOD), I surrendered to the guidance of a sponsor. I was fortunate enough to find someone who was open to working with an agnostic. He pointed me to page 27 of the (12 x 12) The twelve steps and twelve traditions:

“You can if you wish, make AA your higher power. Here’s a very large group of people (Group Of Drunks – an acronym for GOD) that have solved their alcohol problem. In this respect, they are certainly a power greater than you, who have not even come close to a solution.”

At that moment, as a bewildered agnostic, my recovery took off. This sponsor helped me more than anyone had ever done since coming to AA.

Through misery and unhappiness, the days of my rebellious self-will came to an end. On that day, my alcoholic ego collapsed. I surrendered to the Good Orderly Direction (an acronym for GOD) that I was receiving from a sponsor.

After doing the work of the steps, the twelfth promise began to materialize.

As an unbeliever in God, the twelfth promise became as simple as:

I “suddenly realized that” AA itself and taking a sponsor’s suggestions, “did for us” (me) what we (I) could not do for ourselves” (myself)

The gift of the twelve promises

The twelve steps introduced me to the real Andy. There was no question, I was a highly complicated person. “AA is a simple program for complicated people” (popular AA slogan)

I began to understand what being an alcoholic really means. There had been an inner duality in me since childhood. It was already there long before I started drinking. I started drinking to medicate feelings of disconnection and loneliness. Before alcohol and drugs, sugar was the first addiction. By the time I was a teenager this inner duality developed into full-blown alcoholism.

The duality of alcoholism

It gradually became clear that there are two different and opposing aspects to my alcoholic personality. The first part was what I came to call the maladapted alcoholic ego. The second part was the real me. I called it the authentic self. They were always fighting. I never had a moment’s peace.

The twelve steps gradually dismantled the power of the ego and gave me the space to connect with my true self. I was given the opportunity to start taking actions that improved my self-esteem. The behaviours driven by the pursuit of instant gratification had all but succeeded in destroying any self-respect.

I then discovered something very startling. The “twelve miseries” were held in place by the maladapted alcoholic ego. This was my untreated alcoholism.

After completing the first nine steps, I realized an incredible truth. The twelve promises are natural aspects of the authentic self.  They were always there but buried under my ego-driven self-will. It was fear that drove these ego drives.

What a gift! Through the twelve steps, we are able to connect with this beautiful and creative part of our true natures. The twelve steps have taken me home at last; home to my true self.

I discovered an amazing new reality. Truth is power. In fact, it is undoubtedly a power greater than me! The twelve steps are gently leading me to the truth of who I really am. If I practice step seven, I receive the gift of humility. With a reduced ego, it becomes increasingly more apparent, how powerful the authentic self really is.