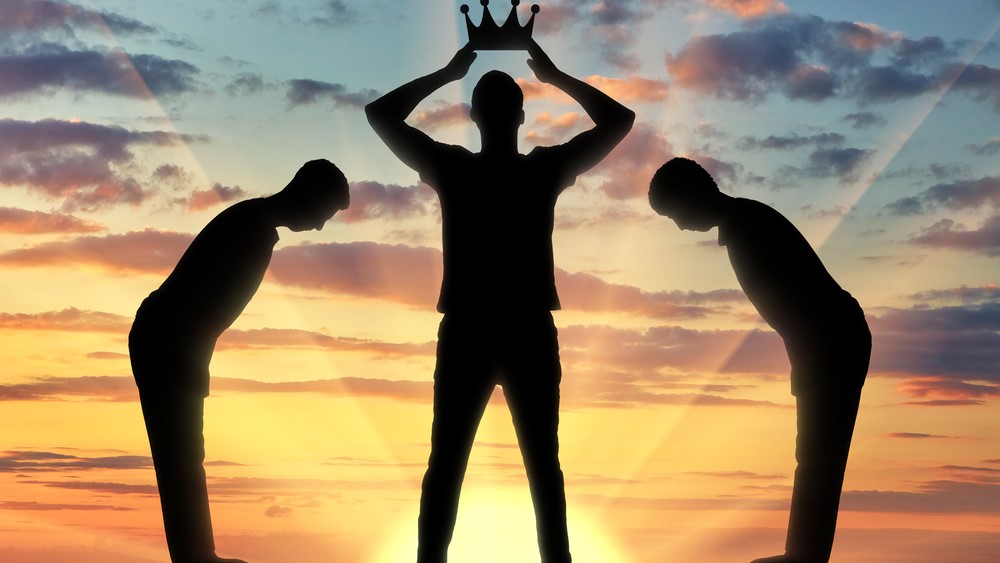 What is NPD? (Narcissistic Personality Disorder)

The American Psychiatric Association published a reference manual listing identifiable personality disorders. It is called The Diagnostic and Statistical Manual of Mental Disorders. (The DSM 5)

The pathology of each personality disorder is described in detail. They are listed as specific personality traits. These are known as diagnostic criteria. Before an accurate diagnosis can be given, at least five out of the nine identifying behaviours need to be present.

The Diagnostic Criteria for NPD

A narcissistic personality disorder is a mental disorder characterized by a life-long pattern of exaggerated feelings of self-importance. Present also is an excessive craving for admiration and a diminished ability to empathize with others’ feelings.

These personality traits are often overcompensation for a fragile ego. NPD’s also suffer from intolerance to criticism. At their core, there is a weak sense of self.

Narcissistic personality disorder differs from self-confidence which is associated with a strong sense of self.

The Diagnostic and Statistical Manual of Mental Disorders, Fifth Edition (DSM-5, 2013) describes NPD as possessing at least five of the following nine criteria.

To the extent that people are pathologically narcissistic, the person with NPD can be a self-absorbed control freak. They like to pass blame by psychological projection onto the people they become involved with.

They are intolerant of contradictory views and opinions. Narcissists are usually apathetic towards the emotional, mental, and psychological needs of other people. They are indifferent to the negative effects of their behaviours.

Typically, they insist that people should see them as an ideal person. To protect their fragile self-concept, narcissists use psychosocial strategies.

They tend to devalue, derogate, insult and blame other people. They are prone to anger and hostility towards people’s responses when challenged with their anti-social conduct.

Narcissistic personalities are more likely to respond with anger or aggressiveness when presented with rejection. They are sensitive to perceived criticism or defeat.

People with NPD are prone to feelings of shame, humiliation, and worthlessness over minor personal slights. They usually mask such feelings from people with feigned humility.

When challenged or exposed they can respond with outbursts of defiance or rage. They may also seek revenge when questioned or confronted.

The merging of the inflated self-concept and the actual self is evident in the grandiosity component of narcissistic personality disorder. (Paraphrased from Wikipedia)

The similarities between narcissism and alcoholism

Here is a must-read article for AA members. It is by Alexander Burgemeester, the founder and creator of a website called The Narcissistic Life. The article explains the similarities and the differences between alcoholics and people with Narcissistic Personality Disorder. Reprinted here with permission.

I encourage you to read the article as it may help you to recognize a narcissist before you ask them for sponsorship.

“Sometimes alcoholism is co-diagnosed with NPD. That does not mean that all alcoholics are narcissists, although they certainly may have some narcissistic traits.

Until the issue of alcohol addiction is resolved, it may not be clear whether the alcohol was causing NPD traits or whether the person is indeed a narcissist.

The selfishness of the alcoholic and the narcissist are observed in their lack of awareness, or even lack of caring, about the needs of those around them. They come first; everyone else’s needs come second or not at all. They both have overwhelming, overpowering needs-whether it is for their next drink or for their next drug, food or sexual encounter.

A person with alcoholic selfishness is very much like a narcissist. Addiction produces a kind of narcissism.

The addiction is preoccupying and it takes over the person’s body, mind and soul. It is all-consuming. Living with alcoholic selfishness is a lot like living with narcissism because no matter what you do or how hard you try, you will always come second”.

Reprinted with permission of Alexander Buremeester

What is “Narcissistic Supply?”

Narcissistic supply is a concept introduced into psychoanalytic theory by Otto Fenichel in 1938. It describes a type of admiration, interpersonal support or sustenance.

It is drawn by a person with NPD from his or her environment. This hunger for admiration is essential to their self-esteem. The term is typically used in a negative sense.

It describes a pathological or excessive need for attention or admiration in codependents and the orally fixated.

This need for excessive admiration does not take into account the feelings, opinions or preferences of other people. (Paraphrased from Wikipedia)

Narcissism and sponsorship in AA

Sponsorship in AA is a role of authority. With this authority also comes power. The sponsor uses their knowledge and experience of the AA’s program of action. The role of a sponsor is to support the newcomer in their recovery from alcoholism. Of course, the sponsor needs to be in a fit psychological and spiritual condition.

Experienced sponsors view their role as one of service. They devote their time and energy to support the alcoholic to achieve healing through the twelve steps. For the recovery process to be successful, honesty and humility need to be present. This “helping” relationship is highly beneficial to both the sponsor and sponsee.

Asking for help from an alcoholic with NPD

Newcomers to AA can sometimes be vulnerable and lost. This makes them needy for the help that is freely available in the fellowship. There is often a sense of hopelessness when alcoholics first get sober. They are desperate to stop drinking and get well.

“The more hopeless he feels the better. He will be more likely to follow your suggestions”

Alcoholics Anonymous is probably the most effective treatment in existence for alcoholism. It offers a truly holistic approach to recovery; mind, body and spirit. There is however a downside to being a vulnerable newcomer.

Alcoholics that come to AA are keen to find a solution. They soon realize that they don’t only have a drinking problem but also a living problem. Without alcohol, they remain impaired psychologically and emotionally.

They often grasp for help from the first sober alcoholic they meet at an AA meeting. If the person has been sober for a long time this is often a good enough reason to ask for sponsorship. Moreover, if the newcomer hears some impressive sharing at meetings, they assume that the person is well. This can be a grave mistake. Impressive sharing or ‘power sharing’ as I have heard it described, is by no means an indication of a good recovery.

Sometimes, it can be the very bait used by a malignant narcissist to lure in a vulnerable alcoholic that is new to the fellowship. The unsuspecting newcomer asks for help. They are drawn into the darkness of The NPD’s self-serving agendas. It is the polar opposite of the healing offered through the twelve steps.

In my experience, being exposed to a sponsor with narcissistic traits has been a powerful learning curve. Leaving a sponsor with NPD is not always as simple as it sounds. In order to not lose the narcissistic supply, they continue to use you by exploiting your honesty, open-mindedness and willingness.

They are just as addicted to taking your energy as they were to alcohol. They will continue to inflate their own egos at the expense of sometimes vulnerable newcomers. Narcissists use a well-known strategy called gaslighting. It is to prevent you from discovering who they really are.

Gaslighting is a colloquialism that is loosely defined as “making someone question their own reality”.

The term may also be used to describe a person (“gaslighter”) who effectively puts forth a false narrative. It leads another person or a group of people to doubt their own perceptions and become disoriented or distressed.

The first chapter of the Big Book of Alcoholics Anonymous is called the Doctors opinion. Dr. Silkworth worked for many years with alcoholics. He makes an astonishing observation about the pathology of the alcoholic illness:

The good doctor presents this as part of the alcoholic’s distorted perception of reality. Can you imagine the damage that can be caused when a vulnerable newcomer falls into the hands of a sponsor with NPD?

Gaslighting may condemn the vulnerable newcomer to begin questioning their perception of reality. They may end up believing that everything they are told by the sponsor is the truth. This hypnotic trance inflicted by a sponsor with narcissism, may continue until significant harm is caused.

Breaking the influence of a narcissist

Let’s make no mistake. Alcoholics with coexisting NPD are sick and dangerous people. It can be very damaging to ask one to be your sponsor. The sponsee eventually realizes that they have been tricked and used. Some people may need to seek outside professional help. They have been left feeling traumatized by working with a narcissistic sponsor.

Once again returning to the statement made by Dr Silkworth in the Doctors opinion. Recovery from the effects of working with a narcissistic sponsor may involve separating ‘the false’ from ‘the true’! (Big Book “The doctor’s opinion” P. XXV111)

There are many organizations across the world involved in facilitating personal growth and spiritual development. On the whole, these organizations offer encouragement, support and direction. They exist to help people find healing and meaning in their lives. These organizations are perfect hunting grounds for narcissists.

It is by setting themselves up as leaders that they are most able to obtain their narcissistic supply. People that come to these organizations are searching for direction. This makes them especially vulnerable to narcissistic predators. Twelve-step programs are no exception.

Across the world, splinter groups are formed in 12 step fellowships. They offer a fundamentalist and rigid interpretation of the twelve steps. Their interpretation is based on the newcomers’ surrender. Then total compliance to the direction offered is expected. Not all splinter groups are led by narcissists but some are. They are led by one or several charismatic leaders. These groups have all the hallmarks of a cult. They do not offer genuine spiritual growth. Nor do they facilitate spiritual healing.

Unconditional and selfless service is required to make such groups effective. The agenda of narcissists is the opposite. Their agendas are totally self-serving. It is to feed their narcissistic supply. It is always at the expense of vulnerable members that are searching for recovery.

The purpose of this blog is to increase the awareness of newcomers that arrive in AA. The hope is that they will understand that when asking for help, a healthy and informed choice is important before asking for help. This requires accessing certain inherent qualities.

Newly sober alcoholics and addicts are often desperate. They can be reckless, impatient and impulsive. The simple fact is that malignant narcissists are present in AA. Newcomers can develop enough awareness to avoid them.

The most desirable qualities to have when looking for a sponsor are patience, a healthy intuition, prudence, discernment and good judgment.

“Our next problem will be to discover the person in whom we are to confide. Here we ought to take much care, remembering that prudence is a virtue which carries a high rating.”