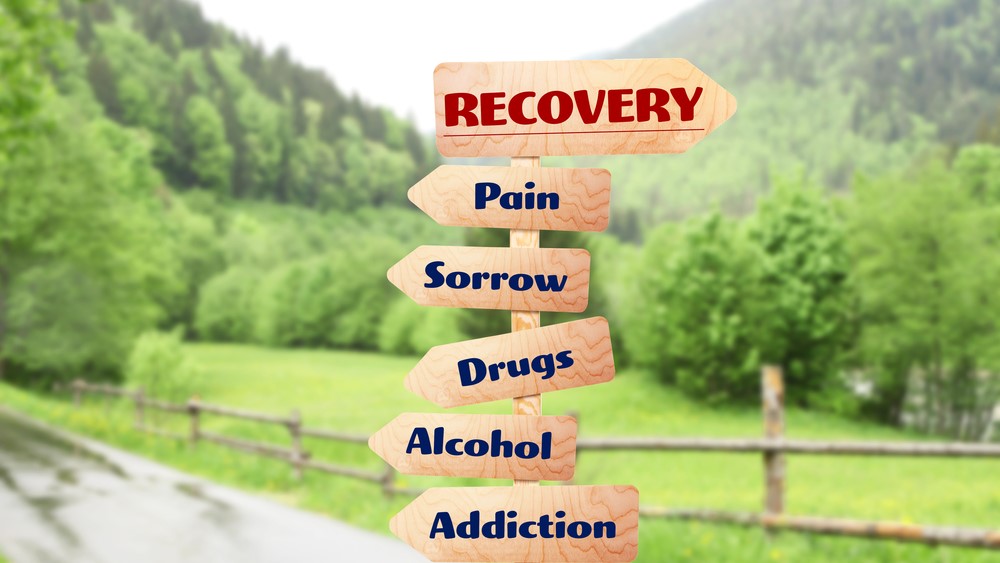 The AA message of recovery

When newcomers first get sober, they are exposed to AA’s message of recovery. What can they expect from the fellowship? Is recovery from alcoholism possible? Any new arrival will want to know if AA really works.

At their first meeting, they hear other members referring to themselves as ‘recovering’ alcoholics. “My name is John and I am a recovering alcoholic” In AA, recovery from alcoholism is seen as an ongoing, lifelong process. We learn that recovery requires continued attendance at meetings, as well as a willingness to keep working on the suggested program.

The twelve steps are offered as the treatment to help alcoholics stay sober and get well. New members soon realize that there is no graduation ceremony. No diploma is awarded after the steps to say that they have recovered. They learn that long-term sobriety materializes only through the daily application of AA principles. To ensure a contented and peaceful recovery, the twelve steps are meant to be internalized and practised as a way of life.

Now and again, at meetings, you will hear some members introduce themselves as “recovered” alcoholics. On hearing this, most old timers will look at each other with concerned looks on their faces. When you have been in AA for a while, you know exactly what the old timers are thinking: “Oh dear, has this person deluded themselves into believing that they have now fully recovered”?

What does the AA literature say?

The AA member who proclaims that he has now fully recovered cannot be entirely blamed for holding this view.

At the very beginning of the recovery text of AA, affectionately known as “The Big Book,” we are presented with a powerful statement. It appears on page X111 in the “Foreword to the first edition”

“We, of Alcoholics Anonymous, are more than one hundred men and women who have ‘recovered’ from a seemingly hopeless state of mind and body”

(From the first edition printed in 1939)

There it is in black and white. This quote on page X111, clearly states that AA’s early members have recovered from alcoholism. If we are to take the Big Book seriously, this cannot be seen as some grammatical error.

So why do the older members look at each other quizzically when they hear members refer to themselves as ‘recovered’ alcoholics?

The old timers are under no illusion. These more experienced members know all too well what happens when alcoholics get complacent about their recovery. Perhaps they too once succumbed to the illusion that after a few years of sobriety, they have now fully recovered.

“The bridge to normal living”

Some members start believing that AA has served its purpose. With time under their belt, they stop going to meetings. They set about trying to ‘cross the bridge to normal living.’ (Popular AA saying) Because their lives now “appear” normal, some members make a big mistake. They walk away from meetings. Thinking that they now have the normal life alcohol took from them, they burn the bridge back to AA. Any further work on the twelve steps is abandoned.

On their return, their testimonies reveal a startling and disturbing truth. They either start drinking again or if they do manage to stay dry, their attitudes and behaviour begin to deteriorate. Family, friends and work colleagues find it difficult to be around them. Without a daily program, alcoholics often end up alienating the very people they are closest to. In AA this is known as a ‘dry drunk.’ All too frequently, you hear this kind of testimony from those that have returned to meetings.

At first glance, the AA Big Book appears to contradict itself. Returning once more to the foreword of the first edition, we read that the first hundred members “have ‘recovered’ from a seemingly hopeless state of mind and body.” (BB – page X111)

Then in chapter six of the Big Book on page 85 (4th edition), we read:

“We are not cured of alcoholism.”

What does this mean? Is the Big Book contracting itself? If that is the case, then perhaps we cannot take its contents seriously. Does AA offer effective treatment or not?

The facts speak for themselves:

“In 2020 AA estimated its worldwide membership to be over two million with 75% of those in the U.S. and Canada” Wikipedia

Foreword to the first edition of the Big Book

So what did Bill W, the author of the Big Book, mean when using the past tense of the verb recover? Did the first 100 recover or not? It’s a very important question for every AA member.

Bill’s use of the word “recovered” is of course open to interpretation. If alcoholics fully recover after getting sober in AA, then there would be no need for continued attendance at meetings.

What does this quote from the Big Book actually mean? What could have Bill implied when using the past tense of the verb ‘recovered’? Was he saying that all alcoholics have really recovered from is the physical addiction to alcohol?

The AA literature does, however, present alcoholism as a threefold illness:

“This self-insurance has resulted in the restoration of physical, mental and spiritual health and self-respect to hundreds of men and woman who would be hopelessly down and out without its unique but effective therapy”

The idea of alcoholism presented as a threefold illness is also strongly reinforced on page 85 of the Big Book.

“We are not cured of alcoholism. What we really have is a daily reprieve contingent on the maintenance of our spiritual condition”

For AA members that identify as atheists, agnostics and freethinkers, this statement raises a critically important question. Is “our spiritual condition” dependent on a belief in God?

Every member has to answer that question for him/herself.  As an agnostic, I believe that as the result of going through the twelve steps, I have had a non-God-centered spiritual awakening. Everyone in the fellowship is free to define the word ‘spiritual’ so that it has meaning for them.

I am comfortable with my own definition of spirituality. It is one that I have drawn from the many books that I have read about modern spirituality. They have helped to answer important questions about what spirituality can mean to an agnostic. I was introduced to new spiritual concepts that were unrelated to the spirituality of formal religion. These new ideas did not require a belief in a traditional monotheistic God.

The books I read were powerful in helping me to interpret how I came to apply spiritual principles in AA.

Through a daily surrender of the ego, AA members gradually learn to devote their lives to the love and service of others. For many, the AA way of life has spiritualized their sobriety. This is especially true if love and service are offered unconditionally. Surely, when these two principles are practised unconditionally, they will eventually lead to a spiritual awakening. It doesn’t seem to matter if the recovering alcoholic believes in God. Recovering alcoholics gradually awaken to the life-giving power of step twelve.

“Having had a spiritual awakening (not necessarily a God awakening) as the result of these steps, we tried to carry this message to alcoholics and to practice these principles in all our affairs”