What is Rigorous Honesty in AA? 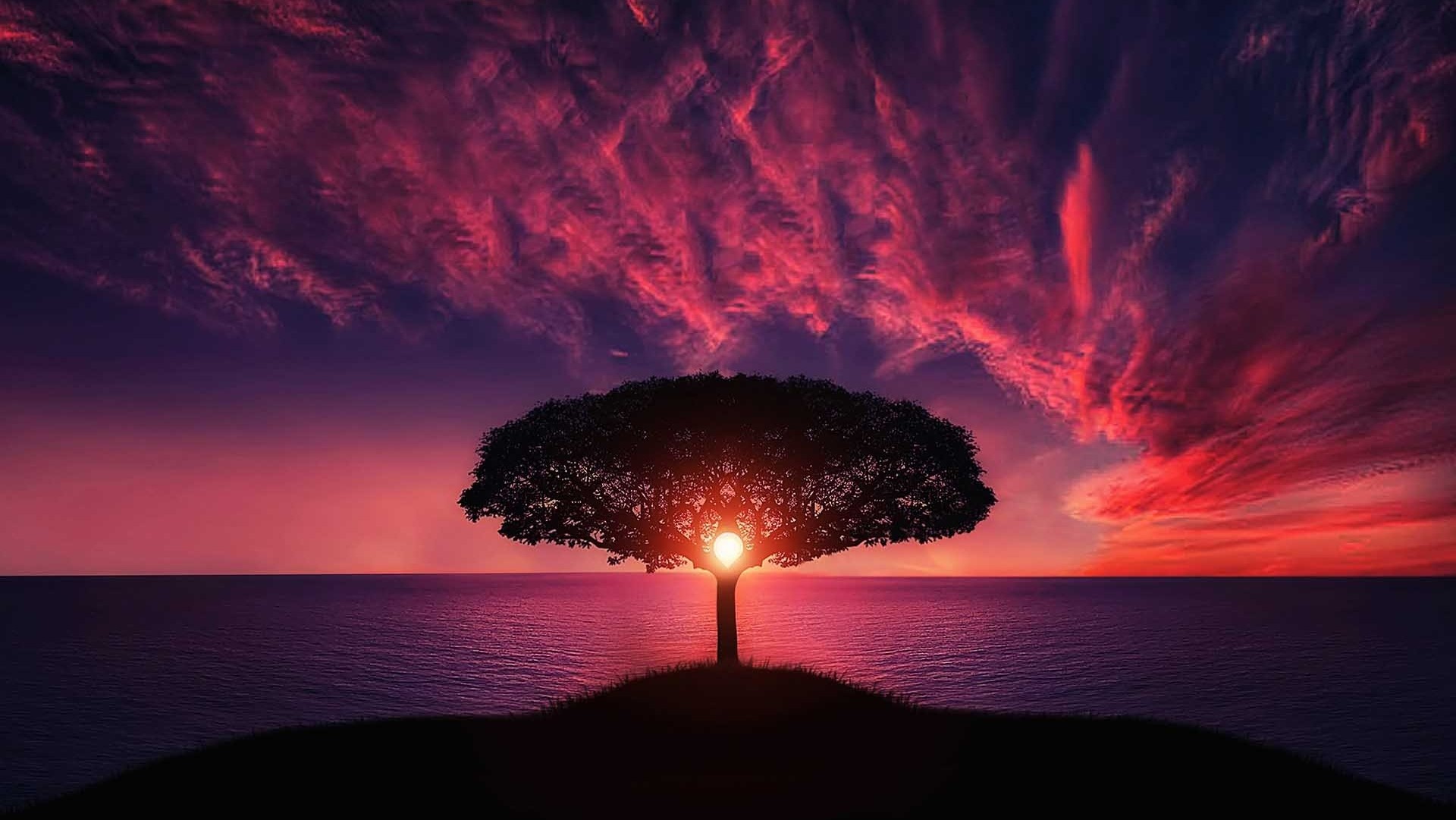 When I first got sober, I was so self-obsessed and so consumed with fear that I was unable to listen to very much of what was being shared at AA meetings. It took a long time to adjust to life without alcohol. When I started to feel more comfortable, I noticed that a subject frequently discussed in meetings was the question of honesty.

Bill W’s use of the word “rigorous” in the literature.

Bill used this word several times in the literature. He always used the word rigorous or rigorously in statements that he considered central to recovery.

“They are naturally incapable of grasping and developing a manner of living which requires rigorous honesty. Their chances are less than average” *

“In fact, he may say almost anything if he has accepted our solution which, as you know, requires rigorous honesty” *

“Who wishes to be rigorously honest and tolerant”?

What “rigorous” meant to me as a newcomer?

There they learned that recovery was all about getting in touch with, and talking about their innermost feelings. I became convinced that to get well, I had to open up in meetings with complete transparency.

People were openly sharing facts about their lives that were very personal. This was shocking to me at first but I ended up believing that this was the way forward. I therefore learned to talk about what I saw as my wounds openly.

What is honest sharing at meetings

This was my early understanding of rigorous honesty. To tell the truth, I never felt comfortable with this practice. I always found it very emasculating to open up and share my feelings in a public forum. I was assured that this type of “honest sharing” would help me deal with my demons.

Perhaps it does for many. It certainly didn’t work for me. I just used to feel horribly vulnerable whenever I shared my pain. It somehow didn’t seem right to be emotionally honest in a room full of people at different stages of recovery. Some of them were very unwell.

In the early ’80s when I first got sober, alcoholics in recovery were split into two camps about how to get well. One camp believed that sharing their pain at meetings would help them to deal with “the wreckage of the past.” * Big Book Chapter 11 “Vision for you” p.179 First Edition. They were mostly the treatment centre graduates who were pursuing their recovery with the help of their counsellors and therapists.

Then there were those that believed in the power of sponsorship and the 12 steps. The steps alone would help alcoholics resolve their past. They mainly spoke at meetings, to carry a message of hope to the newcomer. When I was still new, I believed that this type of sharing was dishonest. At the time, I understood rigorous honesty was about publicly bearing my heart and soul.

I was very cynical about the steps, mainly because of the frequent use of the God word. Also, I believed that recovery was a purely psychological process and had nothing to do with any spiritual ideas. I became a militant member of the therapy camp and genuinely believed that the solutions to my problems lay in psycho-therapy.

I could be forgiven for convincing myself that in trying to be rigorously honest with my feelings, I would eventually become a whole person. This type of approach to recovery was quite popular in the early 80’s. I read up on therapy and developed a keen interest in it.

I convinced myself that some spectacular cathartic moment in therapy, would release all of my demons and I would be restored to wholeness and health. There was a strong belief that I would get to such a deep place in therapy that all my wounds from childhood would be resolved and I would live happily ever after.

Undoubtedly, exploring wounded feelings in therapy works for many people. Sadly, therapy not only didn’t help, but made me even worse. I became even more angry, bitter and certainly more negative.

My understanding of rigorous honesty

One of the main features of my alcoholism was that I interpreted everything in a way that was convenient to me. It was so much easier to blame my childhood, rather than face myself squarely and honestly. As I discovered later, this was part of my alcoholic pathology. This was my “disease of perception.” I heard what I wanted to hear and blocked out any information that was uncomfortable; especially if it meant taking any responsibility for my life.

It was the same with the literature. I initially twisted and distorted the Big Book, so that it would enable me to stay in the problem rather than move into the solution. This included phrases like “rigorous honesty”. I thought I was being rigorously honest, by exploring my feelings towards my primary caregivers and what they had done to me. This interpretation of honesty drove me even deeper into my untreated alcoholism. I recently looked up rigorous in the dictionary.

Why therapy failed me

I believed that I was being both rigorously and scrupulously honest in therapy. It was certainly ‘painstaking.’ Therapy was the most painful thing I ever did. However at the time I was glad to persevere with it. I believed that I was making a worthwhile investment in my recovery.

Why didn’t it work? Why was it making me feel even worse? There was never any resolution. I found no answers or solutions. For ten years it was just reopening old wounds without any type of healing ever taking place. My reaction to therapy brought me to the brink of suicide, stone-cold sober!

There is no question, that my childhood was unfortunate. That’s honest! The feelings of rage, pain and bitterness that I felt as a young teenager were more than understandable. They were an honest response to inadequate foster parenting. Now here is an interesting question. Why was I even more angry and full of rage twenty five years later? How did this happen? Where these still understandable feelings so many years later as an adult?

After thirteen years of relapse and the prospect of an imminent death, I asked David B for sponsorship. I have mentioned David frequently in former blogs and in my book: “The 12 steps for agnostics” David was a tough, fundamentalist sponsor in AA who founded the “vision for you” groups in London. They were known for their very challenging and confrontational approach to recovery. David was like the Osama Bin Laden of the AA Taliban.

First David asked me if I was willing to go to any lengths to stay sober. Then he gave me sticker to put on my shaving mirror. It said, “You are now looking at the problem” Here I was at thirteen years in AA trying to get sober and still blaming my childhood for my alcoholism.

What did “Rigorous” mean to Bill W

Could this be the rigorous honesty that Bill W was referring to in the literature? Was it really me that was the now the problem and not all those other people that I blamed for ruining my life? Despite being in AA for thirteen years, my personal development was at a complete standstill. I achieved very little in my recovery. I remember David once saying to me, “When are you going to grow up lad”?

This new information was uncomfortable to hear but I now had the “gift of desperation.” I owed it to myself to go away and think about what he said. He was insinuating that at the age of forty five, I was still very immature because of my constant need to blame others. David convinced me my case was not special or different. I was a ‘garden variety alcoholic’; dishonest to the core!

“Where other people were concerned, we had to drop the word “blame” from our speech and thought.” (Twelve steps and twelve traditions – Step four p.47)

After David, I moved on to a new sponsor called Jamie. He helped me to see that my alcoholism was indeed a “disease of perception.”  Working the steps with Jamie helped me to accept that my perception of myself and my history had become completely distorted. Reliving all my resentments so many times, bore little resemblance to the facts. Yes, my feelings were valid and appropriate as a youngster. Unfortunately, my character began to move in a very negative direction. I developed a huge chip on my shoulder. Jamie called it the “victim belief system.”

Everything that happened to me as I emerged out of my adolescence was someone else’s fault. I so completely believed that I was an unfortunate victim that I actually went through life creating this painful reality for myself. The victim belief system went so deep with me that it has taken a lot of step work to dismantle it.

This was my alcoholism. This was my disease of perception at its very core. It was all an illusion based on a belief system that I developed a long time ago. I drank on this belief since I was thirteen years old.

Was I going to live out the rest of my days on this planet, creating untold misery for myself by continuing to see myself as a victim?  I remember once asking Jamie when I was in the middle of my step work. “Jamie, how did I ever get so screwed up in my attitudes and thinking”? Do you know what his reply to me was? “Andy, years of practice”!

I had been practising the victim belief system since childhood. Now, through the steps, I finally had the opportunity to really get honest, to begin looking at my faulty reactions to life and change.

The disease of perception

My perception of reality is continuously distorted as it is being reflected back to me through a prism of the victim belief system. I realized that all those self-defeating ideas and beliefs flow from my maladapted alcoholic ego. Bill tells us that “Resentment is the “number one” offender. It destroys more alcoholics than anything else” * (Big Book Chapter Five “How it works” p.77 First Edition) Could it be, that when an alcoholic takes a resentment and refuses to let it go, it automatically activates the victim belief system?

The twelve steps are beautifully designed to slowly dismantle these self defeating beliefs. If I had not persevered with the steps, I would have gone through the rest of my life attracting all kinds of misery and unhappiness from not doing the work of change. Jamie once said to me; “Andy, if you keep doing what you always did, you will keep getting what you always got”!

What are your thoughts about rigorous honesty? Did Bill use “rigorous” to not only help us get honest about our drinking, but also to challenge our very perception of reality? Wasn’t it our distorted way of seeing things that kept us firmly trapped in the problem?